Beware where your motivation comes from 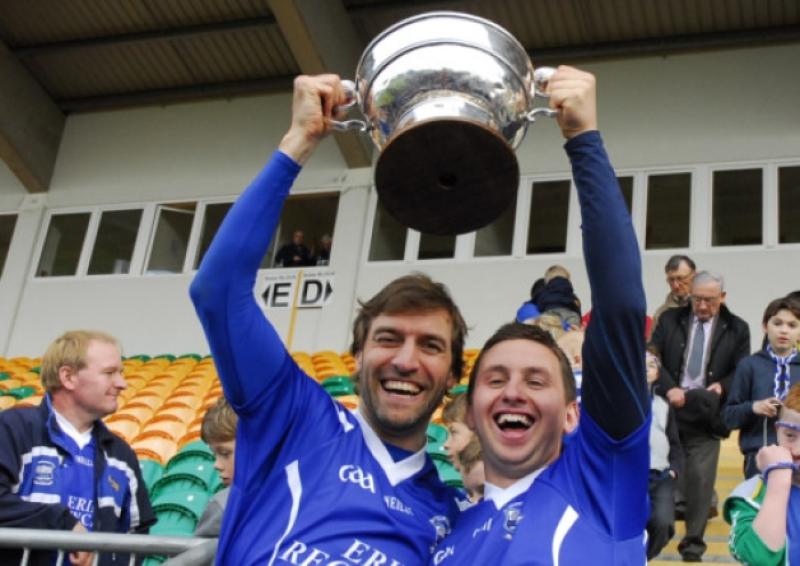 Some seriously mixed emotions in Croke Park Sunday: highs and lows, pride and irritability, disappointment and elation. And that was just me.

Some seriously mixed emotions in Croke Park Sunday: highs and lows, pride and irritability, disappointment and elation. And that was just me.

The positives above were all provided by the hurlers of Tipperary and Kilkenny. They put on a game of the ages and displayed everything that makes one proud to be part of the GAA.

The negatives were courtesy of a text I received around half-time of the minor game. While the content wasn’t surprising it was still upsetting.

I had feared that the Gaels would lose their relegation battle against Annaduff. I haven’t seen much of the team this year, and I hadn’t watched Annaduff play at all, but it was never going to be about form; both side’s form was obviously very poor or they wouldn’t have found themselves facing off in a battle to maintain their senior status. The game was always going to be about hunger and fight and desire.

And the only reference I had was the last time the Gaels found themselves in the same situation in 2010 against Allen Gaels. Despite having the better and considerably more experienced team on paper, Allen Gaels displayed all the hunger. They won the 50:50 balls and most of the individual battles.

I had dislocated my knee earlier that year and watched helplessly from the sideline as the team I had sacrificed so much for over the previous 15 years limped out of the senior championship grade without a whimper.

While many of the lads put their heart and soul into trying to win the game, it wasn’t a team effort. Afterwards it was revealed that a small number of the squad felt the night before the most important game in the club’s recent history was a good time to go for a few drinks.

I left Pairc Sean dejected with the father of one of the aforementioned late night revellers’ hurling abuse at me for questioning his son’s commitment. It was one of my lowest experiences with the club, in fact in my entire sporting career.

Afterwards there was a recognition amongst the lads that the club’s long tradition had been dishonoured and to their eternal credit they regrouped and applied themselves with a determination I hadn’t seen in the Gaels camp since 1998 – the year we won our first senior championship in 30 plus years.

They went on to win the intermediate and senior back to back. Incredible stuff. Their dedication and commitment allowed me to taste the glory of another county final and retire on a high despite my injury woes. For that I am forever grateful to that group of lads.

The club has been in a state of flux at senior level ever since. The retirement of several senior players, the transfer of Emlyn Mulligan, and the economically driven departure of a few others gutted much of the team. But great players and talent and potential remained.

Injuries proved cruel this year but I don’t accept that is the reason why the club couldn’t retain their senior status. What seems to have been lacking was the sort of dedication and commitment the group showed in the 2011/12 seasons.

That and hunger. And hunger is the only thing that gets you through a dogfight like a relegation battle.

When Bornacoola were pitched against Annaduff in the semi-final relegation battle, I was chatting Feargal McGill here in Croke Park, and asked how he felt ahead of the battle with their old sparring partners and neighbours. He was delighted it was Annaduff the Bors were playing as, he said, they would refuse to be relegated by them. It was a great point and proved prophetic. The Bors drew out one of their best performances of the year to win.

The Gaels were in a similar situation in the 2012 County final. They were delighted it was Manor in the final and they used the motivation to end the ‘drive for five’ to fuel their passion for battle.

The only problem with that type of motivation is that you are dependent on another club or opposition, or a particular situation, to bring out the best in you. You should apply yourself with the same winning attitude to every training session you undertake and every match you play – whether it is the first league game of the year or the county final.

That way performance becomes the goal, and consistency becomes a by-product of that. Your motivation comes from within and should not be impacted by your opposition, or your chances of glory, or any likelihood of failure and defeat. Little details like past history with an opponent, or the occasion, can be used to give you an edge on top of this, if so desired.

I have no doubt the Gaels will be back again. I love the club and I look forward to having an opportunity to repay some of that should I settle back in the northwest some day.

I don’t think they will bounce right back with another intermediate title (I believe there is little to differentiate Leitrim’s intermediate teams from most senior sides in the county at the moment) but I would love to be proven wrong on that front. The challenge has been laid.

Finally, congratulations to Aughawillan on reaching their first senior final in 20 years, which concluded a three-in-a-row run. St. Mary’s proved me wrong by defeating Manor in their semi-final and to do so without the Lowe brothers proved they are worthy champions. It makes for a novel and interesting final.