Let’s hammer sledging out of our games 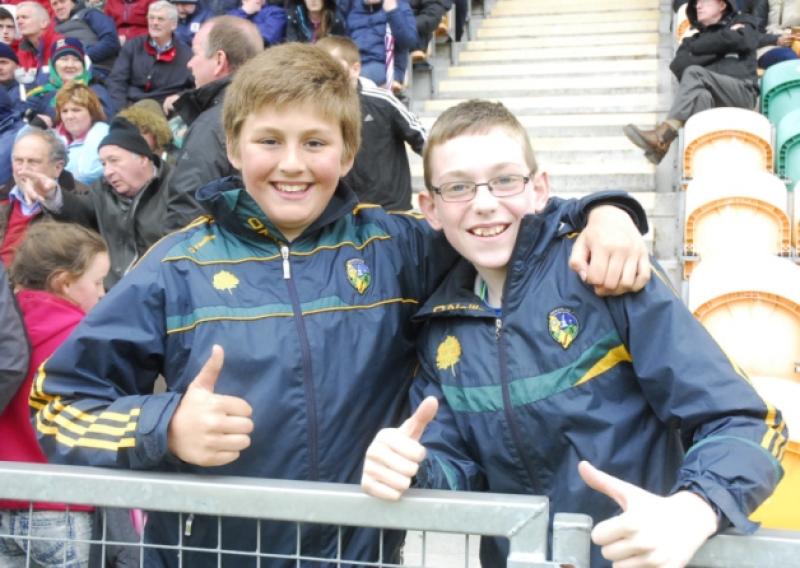 The only time I’ve done a bit of sledging was when the old boy needed some fencing doing around the farm. After the crowbar’s work was done he would hold the post, I would swing the sledge. Job done.

The only time I’ve done a bit of sledging was when the old boy needed some fencing doing around the farm. After the crowbar’s work was done he would hold the post, I would swing the sledge. Job done.

The term has another connotation in the sporting context of course, and if you hadn’t come across it before last weekend’s minor and senior double header between Donegal and Tyrone, you probably have now.

Basically it involves engaging in verbals with the opposition in an attempt to disrupt their concentration and mess with their heads. While there is usually a little ‘friendly banter’ in any game, sledging, or ‘mental disintegration’ as it also known, takes this to a new, personal level.

Sledging is said to have its origins in cricket with batsmen usually on the receiving end (although some were renowned for their ability to return any insult with added spin.) The term started to edge its way into the lexicon of Gaelic Games in the mid noughties, and rumours of its use seemed to shadow the Tyrone team in particular.

I never played them during that era so I can’t attest to the veracity of that rumour, but one player in particular built a reputation as an expert in this black art.

I heard from a number of different sources that not only would he go to the trouble of finding out the name of an opponent’s girlfriend, he would have sourced and memorised her phone number so he could whisper it in their ear.

An urban myth? It wouldn’t surprise me either way.

Whatever happened on the field of play in Ballybofey last Sunday it was bad enough for Sean Cavanagh to publically call for something to be done during radio interviews the following day.

“Players probably did overstep the mark to a certain extent,” he said. “You just have to be thick -skinned. At times it can be quite personal. You just have to accept it. I’ve said it before, it can be very, very personal and I know there were certain players . . that have been through tough times, and they were getting a fair bit of personal abuse.”

He admitted that there wasn’t a lot referees could do due to the nature of the crime – the man in black cannot read lips afterall. He admitted it’s not a good advertisement for the GAA especially when it comes to our younger players.

He revealed that he was concerned about the consequences it could have on the mental health of a player on the receiving end of sledging. Then he called on the GAA to do something.

To me that is absolutely unacceptable. The only people who can do something real and immediate about the culture of sledging that is infiltrating our games are the players.

If there are players in your panel engaging in this childish, imbecilic behaviour then call them on it. Tell them that’s not how we do things. That is not the way we play ball.

The scourge of diving that is, in my opinion, ruining soccer has been largely resisted in our games (although elements of it have creeped in). Thankfully it is only a minority who practise it. This weed needs to be dug out before it takes root.

It was disappointing to read that profligacy cost the Leitrim Ladies against Sligo in the Connacht championship. Manager Pat Costello referred to five missed points in a five minute spell that could have prompted an entirely different result.

There is no doubt that Leitrim possess the talent to topple Sligo, who have recorded three narrow wins over them recently. They just need to find the mental resolve, relaxation, and reserves to do so. Accessing the self-belief that breeds success is something of a chicken and an egg situation.

However there are tricks of the trade that skilled practitioners can deploy to help support the independent development of such attributes. I think a joint workshop with our inter-county lads and ladies in this space would be time and money well spent.