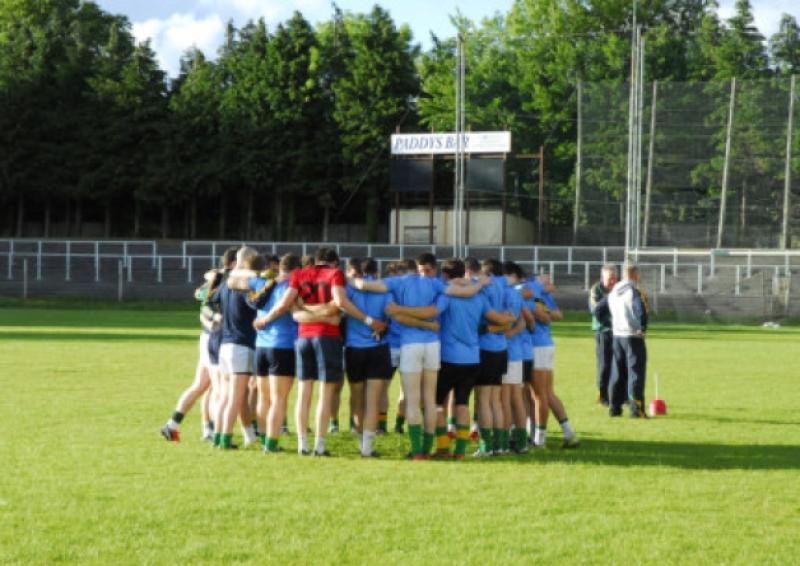 The country’s GAA fraternity will be keeping one eye on Pairc Sean Mac Diarmada on Sunday to see if London can make history and find their way against all the odds into a Connacht final for the first time in the history of the competition. This Sporting Life - Coling Regan

The country’s GAA fraternity will be keeping one eye on Pairc Sean Mac Diarmada on Sunday to see if London can make history and find their way against all the odds into a Connacht final for the first time in the history of the competition.

I remember 2007. Marty Morrissey and his camera crew were awaiting the team’s arrival in Dublin airport ahead of our trip to Ruislip for our championship encounter with London.

The ex-pats had performed well that year to date and we only defeated them by three points (0-13 to 0-10) a month earlier in our league encounter, also in London.

Marty said to me they were going over for a nice colour piece on the game, but I knew the RTE reporter could smell a shock and wanted to have the cameras there to record it.

It was a close encounter (we won 1-12 to 2-5) and Marty couldn’t quite disguise his disappointment when we spoke afterwards. Expect considerable media attention ahead of and during Sunday’s game too.

We should be under no illusions going into the game. Everyone outside Leitrim bar the Connacht Council – who have an eye on the revenue generating gate receipts of a Connacht final – will be willing London over the line. They are the fairytale story of this year’s championship.

We usually carry the support of neutrals in pretty much every other championship game we go into. The worm has turned, and that bring unfamiliar expectation and pressure onto the shoulders of our relatively young team.

But dealing with pressure is one of the skills top players must bring to the table. Some are more adept at this than others, and your personality often plays a large part in how you approach the pressure of a big game.

One of the only times I was truly nervous going into a game was my championship debut. That’s not to say I didn’t feel nerves before every game.

Nervous tension about performing well, if properly harnessed, can be turned into drive and desire and energy once the ball is thrown in.

The lads have a point to prove on Sunday.

They need to bring a performance to the field that justifies the difficult decisions they and their management team have had to make over the past few weeks.

The need to transform the bond this adversity has generated into a collective refusal to accept anything other than victory.

They need to stand up and be counted, man for man, right through to the last player sitting on the bench. Every sub that takes to the field needs to make a difference and up the ante.

‘Whatever it takes’ should be etched on the face of everyone associated with the team and transformed into every decision they make and action they take on the field.

I was speaking with former Mayo goalkeeper, JJ Costello, in Croke Park at the weekend. JJ is the Mayo County ASAP Officer, and one of the greatest characters you are likely to meet.

We were chatting about the game, and he said something that really struck me. Summing up the situation as only JJ can, he stated: ‘sure you would eat the pitch rather than lose to London on your own patch’.

I have huge respect for this London team. Under manager Paul Coggins (a native of Cloonfad in Roscommon) the squad has made steady progress, following up their first qualifiers win over Fermanagh two years ago with this year’s championship triumph over Sligo.

He is at the helm of the Exiles for the third successive year and will relish the chance of putting one over on his neighbours in Carrick-on-Shannon.

We have a few other Connacht men to content with come Sunday, too. Sligo native Padraig McGoldrick had a match to forget against his home county in Ruislip, missing a penalty in the first-half before getting sent-off in the second-half after being shown a second yellow card.

Nonetheless, the St Michael’s club man is a fine footballer and was centre-forward on the Sligo team that won the 2010 All-Ireland junior football championship.

Brian Collins from the Curry club in Sligo came on as a substitute for London the last day.

Ex-Galway star Mark Goettsche, the midfield power-house of the London team, was named Opal’s Footballer of the month for May, and will take some watching.

A native of Germany, Goettsche moved to Ireland when he was five years old and got his schooling in the arts of Gaelic football with the Oranmore-Maree club in Galway. He has represented Galway at minor, U21 and senior level and also starred for both NUI Galway and UUJ in the Sigerson Cup.

Another Tribesman, Damien Dunleavy, came on as a sub against Sligo.

Incredibly, 14 different counties were represented in the starting 15 that took to the field against Sligo in Ruislip. Amongst them are All Ireland medal winners at minor, U21 and junior grade. Leitrim boasts no such honours amongst our panelists.

But we do possess something that London does not: an innate affiliation with the crest on their jersey.

Each Leitrim player is representing the county he calls home and takes to the field in honour of every other Leitrim person he knows and loves. They are not out there for personal glory; they are out there for you.

Do not underestimate the power of the contribution you can make to their efforts from the stands and the sidelines.

Make yourself heard. Let them know they have an entire county behind them.

If you do, they will not let you down. That’s a guarantee.