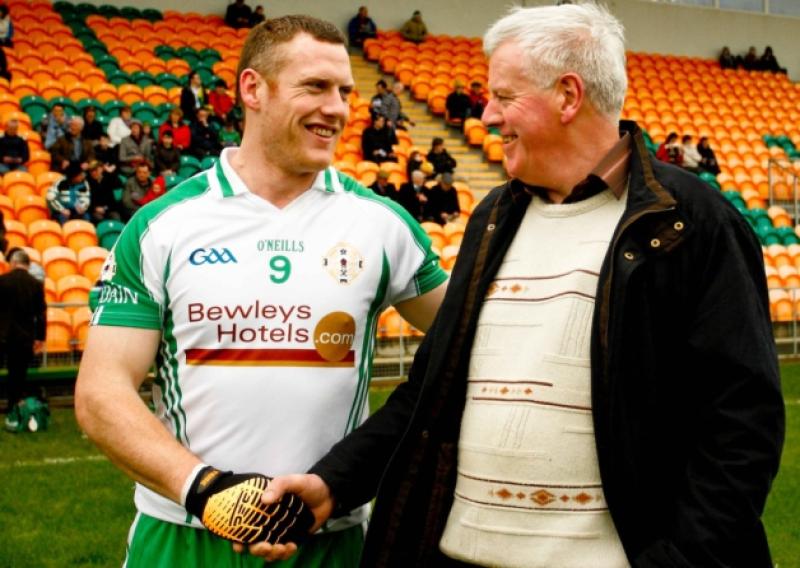 There’s probably only one thing people expect this week’s column to touch on, but like the management, the players, and the county board, I feel the time has come to draw a line under the debate and move on.

There’s probably only one thing people expect this week’s column to touch on, but like the management, the players, and the county board, I feel the time has come to draw a line under the debate and move on.

Around the country in both codes last weekend the championship continued it’s inevitable journey towards two Sundays in September and the inner wrangling of Leitrim’s Gaels mattered little to those not from our little county. It was noted, generated a few column inches, and then became tomorrow’s fish and chip wrappings. Some people got rather vexed and agitated while pushing their particular agenda on social media, but for those with lives to get on with the world continued to turn.

That included the most important people in Leitrim football right now – the Leitrim panel and management. They have been training hard, driving long miles, playing challenge matches, watching what they eat, making sure they keep hydrated, trying to get to bed nice and early, sacrificing nights out with family and friends, drinking water at barbeques, forensically watching every other championship match available on television to see if there are any lessons therein to be learned, and basically doing everything in their power to ensure that they are in prime physical and mental condition for the challenges that lies ahead this summer.

On June 23 this group of lads face a most unique challenge as London come to Pairc Sean to contest for the right to appear in their first Connacht final. The ex-pats arrive secure in the knowledge that they have already had their most successful championship season since 1977. With nothing to lose they are a dangerous beast. Watching them in Carrick-on-Shannon during this year’s national league it was clear they are a well organised team. They now have the fresh impetus and drive associated with knowing how to win a tight match against a team considered raging hot favourites.

While Leitrim will go into the game as favourites, the events of the past couple of weeks will have tempered our ‘raging hot’ tag. Ironically, this could well work in our favour. I have no doubt that while it has been a difficult couple of weeks for everyone involved with the panel the experience will also have forged a steely bond amongst those who have gone through the fire. There is pressure on the lads to perform and prove the nay-sayers wrong, but there is also a unity of purpose and a collective realisation that winning is the only option.

But whether you’re favourites or not it’s all about putting in a performance on the day. Just look at Limerick’s fantastic win in the Munster hurling semi-final in the Gaelic Grounds no Sunday. Tipperary went into the game as strong favourites and while Limerick were expected to put it up to them in the first half it was assumed the difference in class would tell as the game rolled on.

Essentially for Limerick they came out of the blocks fast and got a footing in the game early on. Tipp had the perfect start to the second half, not just reeling in Limerick’s lead but going ahead with a cracking goal that seemed to give them the impetus to allow them push on for the win. But Limerick upped their work-rate yet again and some fantastic blocking, hooking and pressure meant Tipp coughed up a succession of points at an essential time just as the game hung in the balance. Limerick could sense a famous victory was within their grasp, but vitally they didn’t stand back and wait for it, they reached out and grabbed it – something underdogs often fail to do.

Just look at 2006 when we had Mayo on the ropes in Pairc Sean. We knew the victory was there but we failed to take it. When John Morrison and Mickey Moran took over at Leitrim they stated that they wanted to figure out why we hadn’t won that game (they were managing Mayo at the time). They thought it was gone from them. Our underdog mentality prevented us from taking what was ours. They wanted to rid that mentality from Leitrim football. Not an easy task.

London will love to come to Pairc Sean as underdogs. They will also feel Leitrim have taken their eye off the ball. Many people have been examining the controversy of the dropped players through the prism of a potential Connacht final – those are the only people who have taken their eye off the ball. The only ball that matters is the one that will be thrown in against London come Sunday week. It will be a frenetic, tense and physical game but I believe Leitrim have the players to put in a winning performance, but I’ll go into the game itself in more detail next week.

There are some lessons to be learned from the other championship matches played this weekend though. Louth caught everyone’s eye when they disposed of Laois with such ease in their opening championship match of 2013. They welcomed Wexford to Drogheda on Sunday full of expectation. The game was a sell-out with just over 4,000 people squeezing into the intimate Gaelic Grounds. Only a few hundred made the trip from the sunny south east so it was a hostile environment for Wexford. But Wexford proved there is life after Jason Ryan with their new manager Aidan O’Brien making his mark by pulling a great performance out of his troops. It shows that home advantage is no guarantee when it comes to championship fair, and Leitrim can’t assume it will count for a guaranteed win against London either. But I don’t expect them to think that anyway.

Speaking of this clash, I simply have to mention Lee Chin. The Wexford man lined out at midfield for the Yellow Bellies as they drew with Dublin in the Leinster Hurling championship on Saturday in a thrilling game that ended in a draw before lining out for the footballers less than 24 hours later at corner back. In the modern era that is an incredible feat and I would love to know what his recovery period entailed in between bouts (besides as much sleep as he could fit in, most likely an ice-bath or two, a wheel-barrow full of carbohydrates and protein, plus more fluids than you could think possible.)

Chin, of course, was subject to some despicable racial abuse during a club match in Wexford last year (with suspensions handed out to the ignorant culprits) and it is great to see him on the national scene as an epitome of excellence and dedication in both codes of our great Gaelic Games. We’re living in a multi-coloured Ireland that is unrecognisable from the place people of my generation grew up in and it’s great to see. I can’t wait to see the day when some of our new natives with exotic and unfamiliar names and ancestries line out for Leitrim in the not too distant future.