Lots of reason to dream and believe 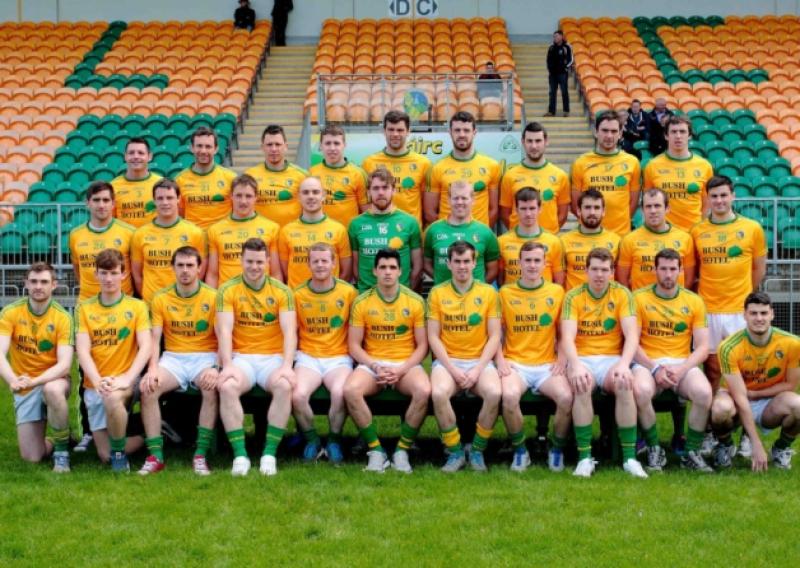 Touching base with one of Leitrim’s key players last week he was a little concerned about the form the lads are bringing into the Roscommon match on Sunday. Thankfully, he was equally aware that the beautiful thing about the championship is that the form book can be thrown out the window by a collective effort that defies any pundits’ predictions.

Touching base with one of Leitrim’s key players last week he was a little concerned about the form the lads are bringing into the Roscommon match on Sunday. Thankfully, he was equally aware that the beautiful thing about the championship is that the form book can be thrown out the window by a collective effort that defies any pundits’ predictions.

Roscommon are obviously holding all the cards heading into Sunday’s Connacht championship quarter-final in Hyde Park. A promotion winning run in Division 3 saw them edge out Cavan in the divisional final in Croke Park.

Their disappointment at the nature of their U21s defeat to Dublin in the All Ireland final a couple of weeks ago won’t have taken any wind out of their sails.

While their fans expect a comfortable win over Leitrim, their players won’t go into the game with any complacency.

But what of Leitrim? Following our successive FBD Connacht league victory this year we all heard the running joke that Leitrim now peak in January. Such quips make great fodder for the social media generation, but offer no real understanding of the state of play in Leitrim football at the moment.

Last year’s championship aberration culminating in the loss to London in a Connacht semi-final replay had nothing to do with peaks or troughs.

It was a result of mitigating circumstances including a cruel run of injuries to talisman players including Emlyn Mulligan, Darren Sweeney, and Paddy Maguire, while the decision to drop from the panel four key players due to a breach of a code of behaviour just weeks before the London game fractured every preparatory element essential for a cohesive championship performance.

Enter the era of Sean Hagan, and a wiping clean of what had become a dirty slate, through, in my opinion, no fault whatsoever of the previous management team who conducted themselves with dignity and consistency throughout an unfortunate affair.

Things started brightly, and this time the team carried their FBD form into Division 4, defeating Antrim at home on the first day out before taking a valuable point from Clare after the long trip to Miltown Malbay.

A home win against Carlow was followed up by an impressive victory over Wicklow in Aughrim and promotion seemed a real possibility. However, the wheels came undone in Dungarvan when an out of sorts Leitrim lost to a Déise side that had only one point on the board going into the game.

The promotion door was firmly closed when a physically superior Tipperary powered through the home side in Pairc Sean MacDiarmada in their penultimate league encounter. The team may have restored a smidgen of pride and extracted some revenge with their narrow victory over London in Ruislip on their last day out, but Hagan’s disappointment at missing out on promotion was clear for all to see at the end of the league run.

He had promised otherwise when almost 200 Leitrim people gathered in Croke Park in January to launch the county’s supporters’ club draw and as a straight talking man, he isn’t someone who likes to have to his words contradicted.

Having witnessed a fair deal of Leitrim’s competitive football this year, it’s evident to me that it’s our old limitations that continue to challenge our endeavours to progress. Firstly, we lack physical presence and pace in an era where physicality and velocity win games.

I’m not talking about pure size and speed here – although a few mobile lads over six foot would be a huge help to this side, especially down the spine of the team.

Dublin aren’t a huge team, but the power and presence they collectively bring to any game is awesome, and they have perfected a system of maximising the qualities their players’ possess.

They don’t risk 50:50 kick-outs, instead Cluxton’s unerring accuracy allows Paul Flynn or Michael Darragh McCauley (and various others) to exert untold influence on Dublin’s primary possession through intelligent (and endless!) running and the use of space.

There’s not much we can do about ensuring Leitrim produces more six-foot plus players to clean-up around midfield, but we can ensure we maximise the potential of winning our own kick-outs, and fortunately in Cathal McCrann, we have a goalkeeper capable of delivering astute deliveries if an appropriate system is put in place and players are willing to work tirelessly within it.

You don’t need to have a great football brain to figure out the second limitation either.

We don’t score enough. In a year that witnessed record scoring averages across all four divisions – largely due to the introduction of the black card – we scored 104 points and conceded 99, with only Waterford, Carlow and London returning a worse average.

Last year we scored 101 and conceded 98 with the same three counties sitting below us once again. We scored 118 points in 2012 but the 4-26 against Kilkenny explains that anomaly. In 2011 we didn’t even break 100 points scored, although the London game wasn’t played that year.

The season-ending injury sustained by Thomas Beirne in February robbed us of one of our most physical players and primary possession winners. But Mossie’s departure also affected our scoring options – he had already bagged a number of goals in the successful FBD run while playing on the edge of the square.

The recent confirmation that injury has ruled out both Fergal Clancy and Ciaran Egan has further weakened the management’s hand and I consider Clancy’s loss the most significant.

I find it no coincidence that our first game without Fergal – against Waterford – was our first truly poor performance of the year. In that game no one stepped into his role of winning dirty secondary ball in the middle of the field and linking play between defence and attack.

Hagan surprised a few in the county by adding Beirne’s two brothers, Conor and Mark, to the final championship panel despite them not playing any part of the league campaign. It was Conor’s goal that sealed Leitrim’s win over a fancied Sligo in the 2011 Connacht championship and the loyal fans will hope for at least a telling cameo from the Eslin man in the Hyde.

Looking at the bigger picture, Leitrim has had a productive year at all grades this year with our minors winning the Connacht league and the U21s reaching the provincial final (only to be outclassed by Roscommon).

Last week’s great win by a Leitrim junior team boasting a mix of some very familiar old faces and some promising new ones was a nice fillip heading into Sunday. It means we get to enjoy a Leitrim double header in The Hyde as the juniors will play Sligo in the Connacht final as the curtain-raiser.

Last year too many people looked at what was considered an easy draw as a guaranteed Connacht final appearance for our seniors. The lack of expectation this time around could provide an opportunity for this Leitrim team to take everyone by surprise and give us all a reason to keep believing in any team that is lucky enough to wear our Green and Gold.