Cream rises to the top for intriguing finals 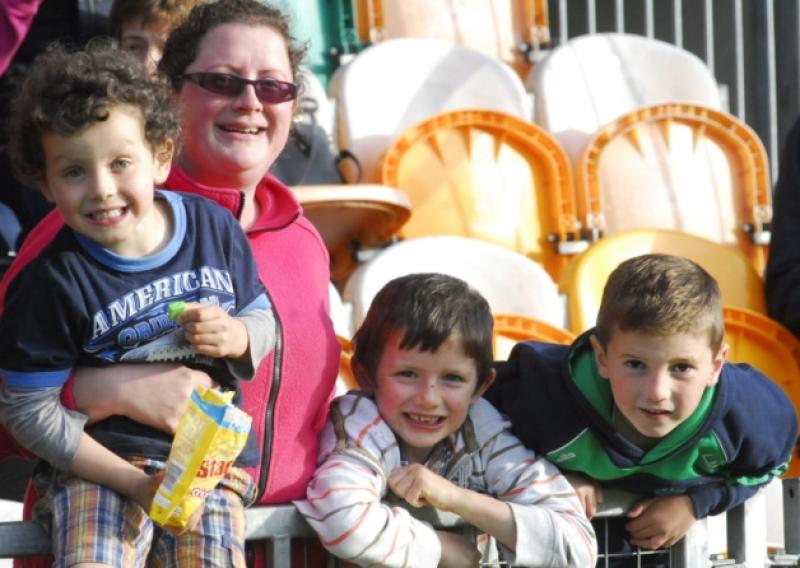 So Mohill and Glencar Manorhamilton will go head to head for this year’s senior football championship title. Both teams sit on top of ACL Division 1 and brought their league form through to their county semi-finals to win two tight contests.

So Mohill and Glencar Manorhamilton will go head to head for this year’s senior football championship title. Both teams sit on top of ACL Division 1 and brought their league form through to their county semi-finals to win two tight contests.

Gortletteragh by all counts, having listened to the match report and post-match interviews on Shannonside, gave Mohill a real test. It was one they needed having racked up some facile wins in the competition to date.

Their near neighbours set out to upset Mohill’s formidable attacking prowess and succeeded brilliantly in the first half to take a 0-2 to 0-4 interval lead.

But some telling Mohill substitutions combined with the tiring of Gortletteragh’s charges saw the favourites win out in the end.

I found Padraig Davies post match interview fascinating listening. I always admired Padraig as a player when we would come up against each other for Longford and Leitrim.

He was honest and hard-working and played ball the way it should be. He put in some formative years in Glen Ryan’s backroom team as a selector and he has transitioned nicely into the club scene with Mohill this year.

In his post-match interview, he made a point of highlighting that there is a perception out there that Mohill are the sort of team capable of winning any shoot-out, but are often guilty of losing the dog-fights.

I don’t believe this was said for any other audience other than his own squad. He noted a few hard won league victories in 2015 and recorded his pleasure with the way his team responded to an excellent Gortletteragh challenge.

Reading the sub-text there is no doubt that he wanted this current crop of Mohill players to ready themselves to win the final by all means necessary (within the rules) while realising they have the wherewithal to do so.

Hoping to prevent them doing just that is the team with the most consistent record in the county in recent years. Beyond that Glencar/Manorhamilton know how to win and have proven it on the big stage time and again over the past decade.

Their aura as champions has waned somewhat since their last county title and Mohill will be keen to reinforce any doubts that may have crept into their mindset as a result.

I wasn’t at the game but have heard that their victory over Aughawillan was influenced by the dismissal of Michael Quinn.

It took the wind out of the reigning champ’s early sail (they had taken a 1-1 lead within minutes) but their full-back will be disappointed to have put the referee into a position where a red card was an option.

The Willies, of course, fought hard to retain and as it slipped away from them, to regain, a foothold in the game but Manor’s experience told in the end while a fortuitous goal did them no harm either.

It makes for an intriguing final – one where one of the most dominant teams in the history of the county seeks to overcome one perceived as (perhaps) the most significant under-achieving side in Leitrim’s recent past. It will be a tight one to call.

In the Intermediate ranks Melvin Gaels ran up a surprisingly easy win over Fenagh who proved to be too early in their upward spiral to really trouble a team of the Gaels’ experience.

The other semi was a much closer affair with last year’s defeated finalists Ballinamore Sean O’Heslin’s over-coming their near neighbours Aughnasheelin by a single goal.

The two teams are the best in the competition and their senior league status has stood them in good stead in the Intermediate championship. You just can’t beat playing football against better sides week in and week out in the league.

Both teams have struggled in ACL Division 1 – they currently sit in ninth and tenth place with the Gaels edging proceedings by a point – but that also means that they have had something to play for each time they took to the field.

They both feel they have something to prove going into the final with Sean O’Heslin’s still smarting from last year’s defeat while the Gaels will be eager to return to the top flight in one year as they did back in 2011.

All in all it would appear that the best teams in both competitions have made their ways to the finals and all we are left to discover is what cream will eventually rise to the very top.