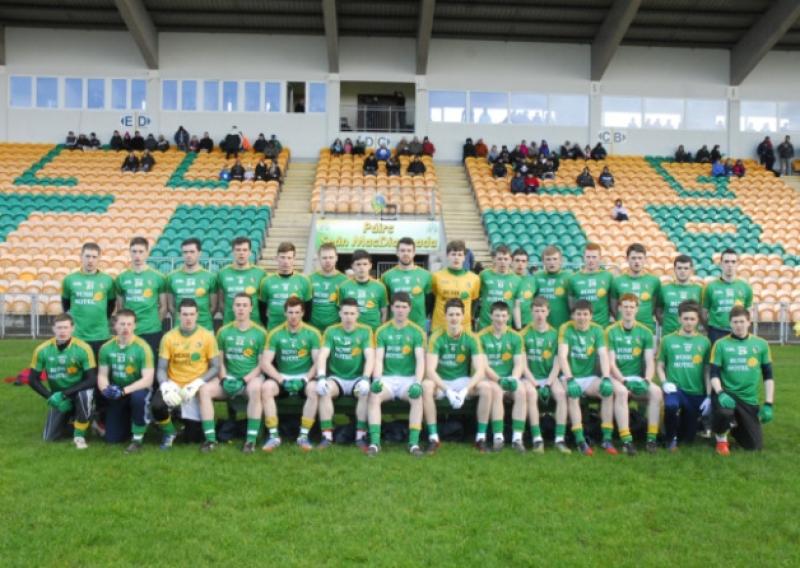 What a weekend for Leitrim GAA. The hurlers continued their winning ways, securing their place in the Allianz National Hurling League

What a weekend for Leitrim GAA.

The hurlers continued their winning ways, securing their place in the Allianz National Hurling League

Division 3B Final with a hard fought one-point win over Warwickshire in Cavan. The minors recorded their second victory in the Connacht league with a deserved victory over Roscommon in Pairc Sean on Saturday, and in doing so laid down the challenge to their U21 brethren who took to the field immediately afterwards to face the All Ireland champions Galway in the Connacht Championship semi-final.

And rise to the challenge they did with a fantastic winning performance putting them through to a home provincial final against Roscommon on Saturday, April 5. The win ended a 16-year wait for a win at this grade in the provincial championship. For it to come against the reigning All Ireland champions meant that few outside those directly involved with the team and squad could have seen it coming. For manager Shane Ward, his players and his backroom team, I have no doubt they felt this performance and result was very much a possibility. They laid down a number of indicators in their Hastings Cup run, bar the first day out when Tipperary outclassed them.

A narrow defeat to Meath was over-shadowed by the quality of play Leitrim displayed, while the win over Wicklow showed this team had ability and substance. Now they have real belief too. And it’s essential every Leitrim person reinforces that belief and self-confidence at every opportunity between now and Saturday week. If you meet any of the players in the mean time, tell them how proud the win made you feel and tell them you know that they can produce the sort of performance that can beat Roscommon too. Don’t talk about provincial finals or titles. Don’t tell them that they have given us all a day out. Tell them that all that matters is the next performance, and that you know it’s in them to produce it. It’s just another game, and the only thing that can make it more than that is a great performance.

I couldn’t make the game unfortunately as my team and I were hosting the GAA’s inaugural National Health & Wellbeing seminar in Croke Park on Saturday. Over 100 delegates from around the country – representing the new Health & Wellbeing Committees currently being set up in by every County Board in Ireland – attended and were treated to one of the most powerful addresses I have ever been fortunate enough to witness. Since Conor Cusack first appeared on Prime Time last year to speak about his experience of depression, the former Cork and current Cloyne hurler has become one of the country’s leading advocates in the space of mental health. His passionate, eloquent keynote address lifted everyone on Saturday morning and silenced any quiet concerns about why the GAA was getting involved in Health & Wellbeing that may have been in the room.

The rest of the day was equally inspirational, with contributions from Ciaran McLaughlin, Cathaoirleach CLG Tir Eoghan and chair of the GAA’s new National Health and Wellbeing Committee, and an tUachtarán-tofa CLG, Aogán Ó Fearghail, reinforcing just why this work on behalf of our members and our communities is as important as anything the GAA has ever done. Workshops on the day touched on delivery health through sport, mental health, community outreach, the importance of proper governance and policy, and responding to critical incidents in the GAA.

A few of the Connacht delegates were slipping away a little early to catch the U21 matches and the last word I heard from one Sligo man was that both our counties was up against it. He failed to recognise that in Leitrim we’re always up against it. But sometimes we get our backs up off the wall and show what we are capable of. Let’s hope the seniors do the very same on Sunday and herald the arrival of summertime with a return to winning way against Tipperary.