Sobering up to the reality of Irish life 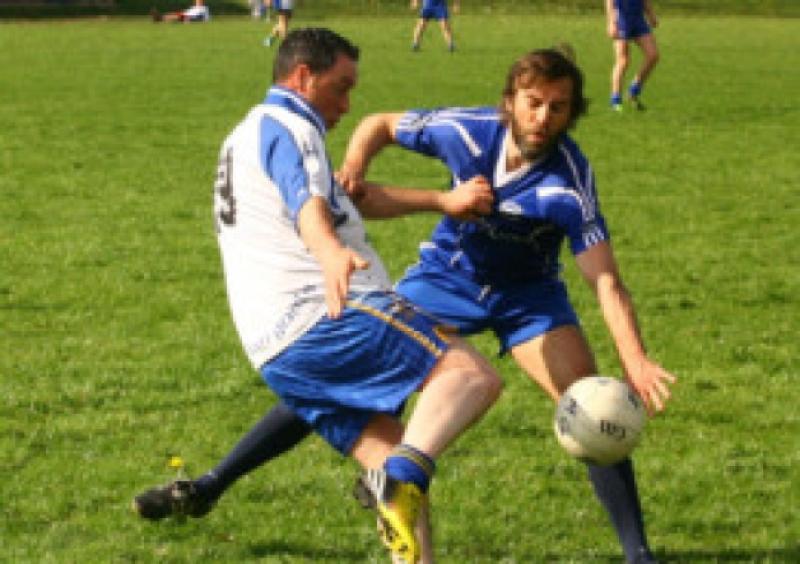 The most commonly read article on the Irish Times online over the weekend was Ann Marie Hourihane’s experiences of a month without alcohol. Could such an article attract such interest in any other country in the world? I doubt it.

The most commonly read article on the Irish Times online over the weekend was Ann Marie Hourihane’s experiences of a month without alcohol. Could such an article attract such interest in any other country in the world? I doubt it.

The most striking thing for me is that a month without alcohol is considered a long enough period of abstinence to be deemed worthy of a journal in our national paper of record. I seriously doubt I’m in the minority (or at least I hope I’m not) when I say I often go a month without taking a drink of alcohol. The article caught my attention as it mirrors the ‘Off the Booze & On the Ball’ health challenge I introduced for GAA members when I was national coordinator for the ASAP (Alcohol and Substance Abuse Prevention) programme. Its premise is simple – abstain from alcohol for a four week period at the start of the New Year (going Off the Booze) and using this break to engage in some healthy activities (getting On the Ball).

In its first year it grabbed a lot of media attention – the concept of Irish people being encouraged to take a break from drinking for a period even as short as four weeks caught the imagination. I remember being interviewed by Matt Cooper on his Last Word show on Today FM and it generated quite a debate. Matt has on occasions since written about the fact he has reduced his alcohol intake significantly as a lifestyle/health choice and how on nights out his decision not to drink has occasionally been met with incredulity or the presumption he must be sick. This was always a challenge when I decided to join friends on a night out when I wasn’t drinking due to football commitments.

No matter how many times I told people I wasn’t drinking some idiot (who was usually well under the influence and not part of my group) would harangue me about this decision and often insist on buying me a drink regardless, which would inevitably be left sitting untouched on the table or bar as I extracted myself from his (it was always a male) unwelcome company and even more unwelcome and completely inaccurate analysis of Leitrim football.

As a result I tended to avoid bars even when I wasn’t drinking, opting instead to head to the theatre or the cinema or to catch a gig to pass an evening. It’s a shame, as I used to enjoy the banter with my mates even though I wasn’t drinking (up to a certain stage of the night anyway). There was the added risk of someone seeing you out a couple of weeks before a big game and presuming because you were in a bar you were drinking. Fortunately my managers all knew me well enough to know this wouldn’t be the case. I’m not saying it was always easy – missing out on friends’ or loved ones birthdays and celebrations was challenging at times.

FOMO (fear of missing out) would set in as everyone else headed for a night on the town. I was best man for my brother Stuart in 2006 and didn’t allow a drop of alcohol to pass my lips as we were playing Mayo in the championship the next day. That was tough as friends travelled from all over the world to be there and it was a great celebration. The hard part wasn’t the fact that I wasn’t drinking though – it was having to leave the party at 11.30pm for bed when the dancing was really starting to kick in.

I guess I’m fortunate as I have always had plenty of other interests other than just going to the pub every weekend and getting hammered.

Even when I do head out – and I’m no shrinking violet when the mood hits me and I’m often the last one home – getting hammered was always the last thing on my mind. It has never appealed to me – I suppose I like being in control of my thoughts and actions too much. Dancing, chatting, having the crack were my only priorities and I never needed too much alcohol to do any of that – just enough to loosen the hinges while keeping my wits about me.

We tend to focus too much in Ireland on how much we drink. What we need to look at is why we drink and our relationship with alcohol. We also need to start making some links between some of the elements of Irish life that we all acknowledge need addressing – the random violence on our streets, the suicide rates, the prevalence of mental health problems, the obesity epidemic – and the role alcohol plays in all of these.

It’s a sobering thought but one that we need to reflect on as a society and a community.

Does that mean we need to stop enjoying a tipple and the crack? Far from it. In fact, we could end up enjoying a night out – and the next morning – a whole lot more as a result. And we wouldn’t have to read about someone’s experiences of a month without alcohol in the Irish Times (or the Leitrim Observer) any more. That could only be a good thing.