Now we know where we stand 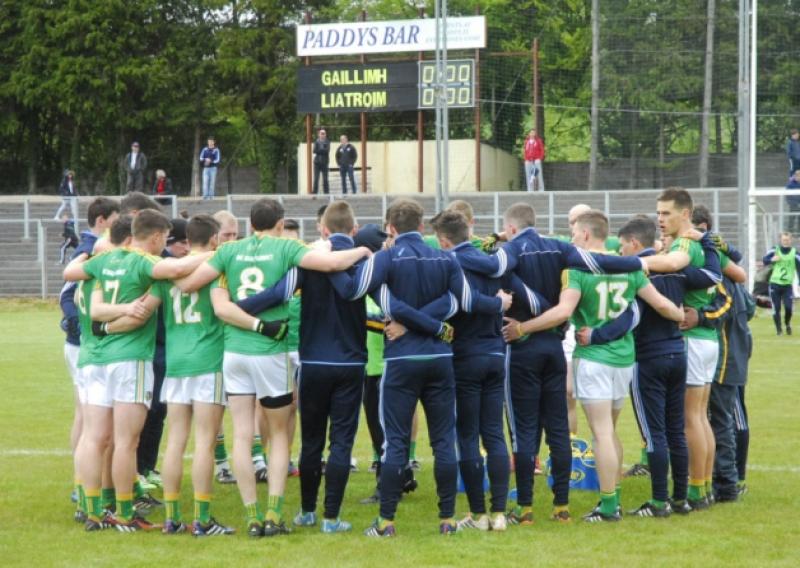 So at least now we know where we stand. This Leitrim teams stands at the very start of a journey having taken a few steps in the right direction. Last week I opined that everyone involved in Leitrim football needs to focus exclusively on performance levels. On this performance there is significant scope for improvement.

So at least now we know where we stand. This Leitrim teams stands at the very start of a journey having taken a few steps in the right direction. Last week I opined that everyone involved in Leitrim football needs to focus exclusively on performance levels. On this performance there is significant scope for improvement.

Disappointed as everyone is this week that is nonetheless a positive place to be. Imagine if we played to the peak of our potential and still lost by eight points. So where does the potential for improvement lie? Speaking after the game Shane Ward expressed his disappointment at his side’s conversion rate in the first half.

This is a crucial area to focus on. We need to ensure we are converting 90 per cent of our chances if we are to turn exceptional effort into effective performance.

Let’s look at the psychological importance of this first. Every time Leitrim missed a chance yesterday a little bit of confidence drained out of our young guns (five debutantes with six more on the bench just to remind you). Because they knew that they would need to take every chance if they were to defeat Galway.

On the flip side, every missed opportunity took a little bit of pressure from Galway. Instead of getting a little anxious about their reputations as Leitrim pushed them all the way they could relax and work their way into the game at their own pace instead of responding to any momentum set by Leitrim.

The physical importance of a high conversion rate is equally important for Leitrim. We have to work harder than every other team in the country in order to compete.

The reasons are simple: we are smaller physically and so need to compensate by hunting in numbers when seeking turnovers or avoiding physical contact when in possession; compared to many other counties we don’t have the number or calibre of players that are capable of winning primary possession in 50:50 situations so we need to work hard enough to guarantee possession opportunities that offer odds in our favour; and our game plan is predicated on soaking up significant pressure then transferring defence into offence as swiftly and efficiently as possible. When this happens we need to ensure it ends with a score on every available opportunity.

That’s not easy, but it is something this side can work on. Such skill must be moulded in incredibly high intensity situations in training. Every player needs to recognise that they need to perform every drill on the edge – there is no point in taking an extra second in training to steady yourself in order to ensure the ball will go over the bar because you won’t get it in championship.

Instead you must deny yourself that luxury in training even if that means missing your first 99 efforts. Slowly your average will start increasing because it becomes the norm to have to get the ball from hand to foot and over the bar in a split second. You adjust to the new environment, your capacity builds, and so does your execution. With increased self-efficacy comes increased confidence producing a virtuous cycle. The exercise also needs to be carried out in varied stages of exhaustion – just as it will in a game.

This is often the sort of work that a player will need to put in on his own back at the club with a bag of balls. There just isn’t the time in a collective training session to build up the sort of expert hours required. That may seem excessive to lads who are already training so much but that is where the inches lie for Leitrim. As Shane said after the game ‘there is no quick fix’.

I was glad to see Donal Wrynn going for goal at the start of the second half despite having seen a couple of first half goal chances go a begging (one hitting the post and other saved well). We were always going to need a three-pointer at some stage and he did everything right bar finding the bottom right corner of the net.

Donal showed similar goal-getting opportunism for DCU during the Sigerson Cup and it is a trait I would foster in the Fenagh man each time he turns up for training and a game. Leitrim don’t score enough goals and our style of play and smaller scoring averages will often dictate that one will be necessary for victory.

There were positives, including the unity of the team, an appreciation for the system, and a willingness of the management to use its full complement of substitutes, with Jonathan Connolly and Paddy McGowan bringing some real pace and energy with their introduction, exactly what you need from a sub.

Shane Ward explained after game that they’d be taking the same approach to whatever team the Qualifiers present. “We’ll be looking for a performance and we’ll be looking to win the game,” he said. We would most certainly welcome the same.