Taking chances the key to victory 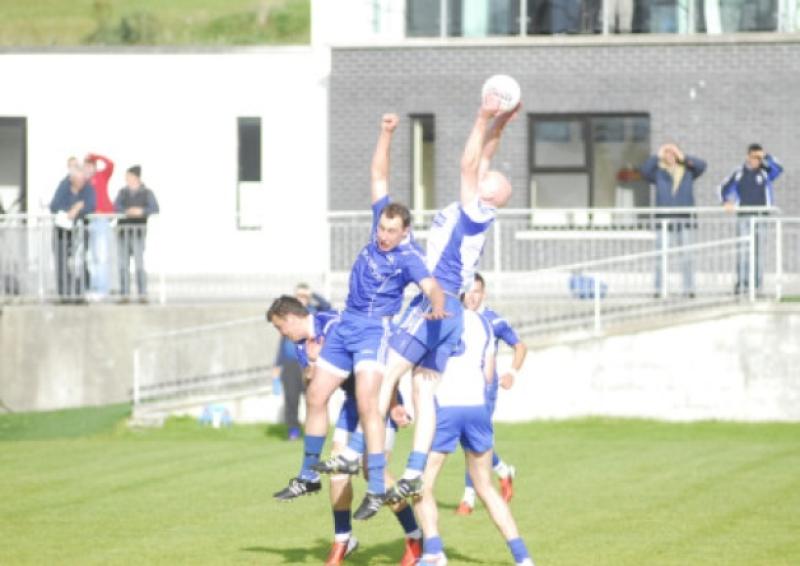 So there will be a new name on the Fenagh Cup in 2013. This Sporting Life - Colin Regan

St. Mary’s and Melvin Gaels dished up a great championship encounter in the quarter-final replay in Pairc Shane McGettigan on Saturday with the Carrick men just edging a game that could have gone either way right up to the final kick of the game. While the Melvin Gaels players will have awoken on Sunday morning wondering how they still haven’t got a say on where the cup will rest they have no reason to hang their heads. They were worthy champions in 2012 and despite massive changes in personnel over the past 12 months, they defended their crown with pride and passion. Had they taken even one of their five goal opportunities they would be preparing for a semi-final clash with Carrigallen.

But full credit must go to the St. Mary’s side. They rode their luck at times but when the game was in the melting pot with ten minutes to play it was they who took their chances. Their greater strength in depth was also a telling factor with the introduction of the old championship war dog Jimmy Guckian adding to their physical prowess in the middle of the field.

Returning to that theme of luck, it’s said by some that you make your own. There are others out there who don’t believe in it as a concept – they deem that all is predestined and what occurs is not a series of chance happenings but the unravelling of a preordained fate. Whatever you believe, the St. Mary’s goal lived a charmed life in the first half.

Another narrow escape for St. Mary’s in the first half was unquestionably a case of design over chance. Again the Gaels had breached the Carrick rearguard with a necklace of delicate passes putting Johnny Connolly through one-on-one with the keeper. Connolly opted for a delicate finish and it squeezed past the ‘keeper and looked a certain goal. From nowhere James Clancy materialised and dived torpedo-like to scoop the ball to safety as all of Kinlough and Carrick looked on in disbelief. It was a wonderful feat of athleticism and pure poetry in motion for those of us who live our lives by the endless metre of ‘never give up’.

There was enormous honesty in the endeavours of both players epitomised by the brilliant dual between Shane Ryan and Rob Lowe. Ryan probably did enough to win the man-of-the-match gong with a peerless display but the second most influential man on the field was his opponent who led the Carrick men to victory with his strong running, ability to win dirty possession and the way he led his frontline especially in the final minutes. The commitment of all players was exemplary and bodies were put on the line time and again especially at the start of the second half when some of the collisions left bodies strewn across the pitch. To the players’ credit there wasn’t a dirty strike or tackle in the game.

If the semi-finals and final in Leitrim live up to the standard of football and commitment shown in Drumshanbo we have a lot of great football to look forward to in the Leitrim senior championship. Best of luck to all the teams still with one hand on the cup.