Scientology – the biggest
scam about 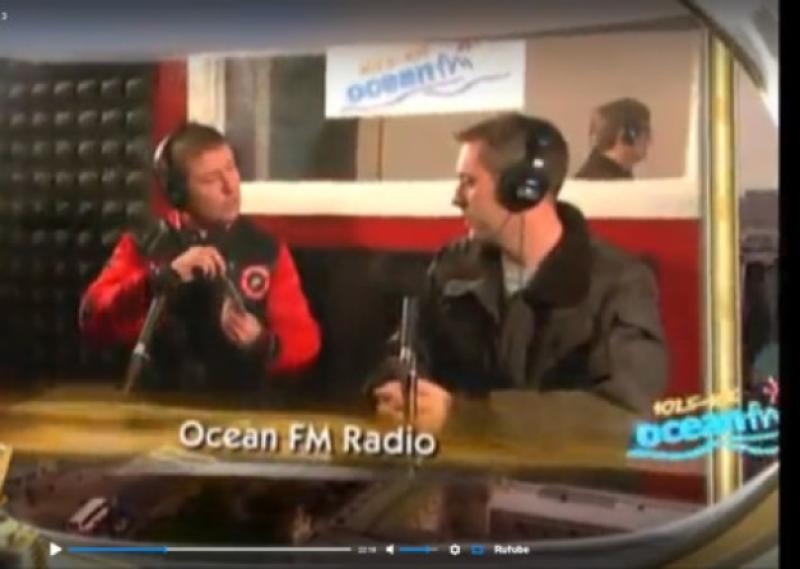 I have never been the greatest one for going to Church but have always respected the religion I was brought up in.

I have never been the greatest one for going to Church but have always respected the religion I was brought up in.

Honestly, I have always thought in my heart of hearts that the old direct line of communication would be just as good a way to communicate with the almighty.

Like others I mainly turn in my time of need and in a silent moment to the quiet solitude of prayer and beseech the powers that might be for a little bit of a break for me and mine.

I honestly haven’t really ever felt the need for an intermediary. That’s why the whole Scientology scam has me absolutely baffled. Can people rearly be that naïve? Well the answer is apparently ‘Yes’.

The most sensible sounding and plausible people can apparently be the most gullible fools that God ever let roam the planet. I mean, a religion that was made up by a science fiction writer?

A religion where you have to pay a fixed fee to have an ‘audit’? For most people, Scientology is just a sort of ‘in joke’ for pop stars and actors in Hollywood who for some unknown reason subscribe to the philosophy of the science fiction writer Ron L Hubbard.

But this week, the weird cult crash landed in the north west and had their true nature revealed as their lies were ripped back like a scabby sore with the puss oozing out of it.

For those of you not aware let me explain. Niall Delaney, our general manager and main current affairs host at Ocean FM, received an angry call from a listener last week giving out for the station having carried out ‘a one sided interview promoting Scientology’.

Niall was more than a little shocked to put it mildly and said we had never carried out such an interview as no one at the station would even remotely consider promoting such a cult.

These alleged duties included distributing anti drug leaflets, speaking to members of the public about Scientology and conducting media interviews. And it was one of the interviews that got them in hot water.

The video clearly showed a member of the cult being interviewed in a studio plastered with Ocean FM logos. But here’s the problem for the little old Church of Scientology, no such interview ever took place, no such studio exists and in fact they had completely made up the whole bloody thing!

Now our Niall is no shrinking violet and takes the reputation of the station and what we broadcast very seriously. To say he was miffed is putting it mildly.

He got on the case like only Niall can, and was quickly uncovering more and more bizarre facts about this video, how it was made and the people who made it.

Firstly and most disturbingly the video was made for a Scientology conference in Florida that was shown to celebrate the New Year at one of their weird gatherings.

Secondly we weren’t the only completely bogus content in the video, days out in the Donegal Farmers market had been filmed in Dublin.

One of the people in the video who was one minute handing out leaflets in a Scientology T-shirt was next minute an employee in a hairdressers in Donegal.

The whole thing was from start to end a bogus, unrealistic distortion of the facts, what we might just as well refer to as a good old fashioned lie.

As you can imagine, we had a massive response to the piece. Niall had several commentators on and even a member of the Church of Scientology Ireland who was involved in making the video.

Zabrina Shortt of Dongeal said the video was a ‘re enactment’ of work the Scientologists had been doing in Ireland.

She apologised that this hadn’t been clear but failed to admit or apologise for her part in perpetrating what was a blatant lie and had to admit that no such interview about Scientology had ever taken place on Ocean FM.

She claimed it was a ‘representation’ of an interview her brother had done on Ocean FM about giving up drugs.

During the interview in question her brother had merely spoken about his own personal issues with drugs and the dangers of getting involved in taking drugs.

He had never mentioned Scientology, never said he was a spokesperson for them and had never even alluded to the fact that he was himself a Scientologist.

Needless to say Niall tore them apart. The story went national and Scientology has a well deserved and endless amount of egg all over their faces.

But here’s the clinker for me. This bogus video was made for a Scientology conference in Florida. The people attending this conference were no doubt watching this video with no reason to doubt its authenticity.

The hapless and gormless people, whom I feel both angry at and sorry for, that have parted with significant amounts of money would have seen this video and presumably thought that Scientology Ireland was going great guns doing important work in tackling the scourge of drugs and spreading the word of L. Ron Hubbard.

One of the most poignant elements of the various interviews on air was when a former Scientologist, ‘Pete’, who is now a campaigner, came on air to rubbish the whole cult calling it for what it was, a scam that took money and support from gullible and impressionable people.

He asked that Niall ‘not be too hard’ on the spokesperson coming on to support Scientology and the video, “honestly these people are victims”.

And just in case that line from a former member of the cult doesn’t put you off and you are still wondering exactly what Scientology is all about, here it is in a nutshell.

Human beings are essentially spiritual beings (space aliens) that have existed as part of the universe as long as the universe has existed, we are trapped and locked inside our current mindset (not believing in Scientology) by the bad experiences we have had in our lives (friends and family who don’t believe in Scientology).

The only way we can unlock and free ourselves is by having an ‘audit’ (which we pay for) which allows us put our past blockages (friends and family) behind us.

I think I’ll just keep taking my chances with the old direct route.