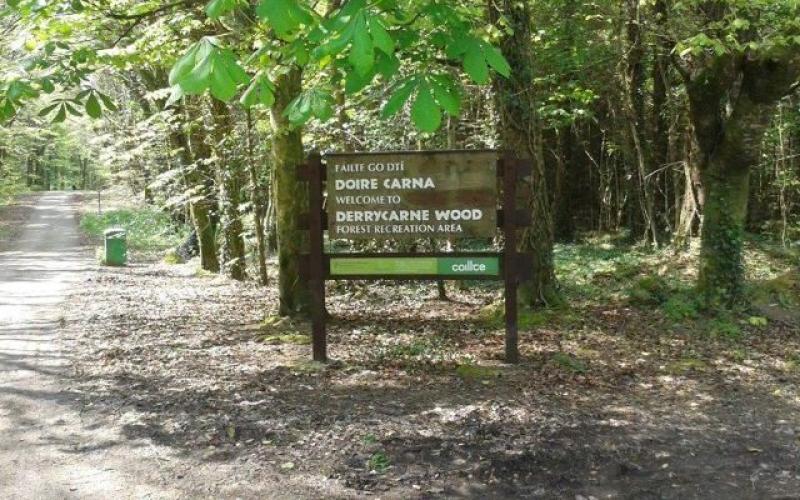 A motion requesting the upgrade and improvement of the popular walk at Derrycarne Woods, Annaduff was strangely opposed this week at Carrick-on-Shannon Municipal Meeting.

Fianna Fáil Cllr Sean McGowan put forward a motion asking “the Director of Services, Infrastructure, to have discussions with Coillte requesting them to upgrade the very popular amenity area at the beautiful Derrycarne woods.”

He also requested if the council could discuss what are Coillte’s plans are for the forest in the townland of Cornagillagh halfway between the villages of Dromod and Rooskey.

Cllr McGowan said Derrycarne was a “beautiful area” with views of the Shannon and he asked that the walk be upgraded with more picnic benches, better signage, additional car parking and some basic maintenance. He said the project would not necessitate huge money.

However, his motion was opposed by Independent Cllr Des Guckian.
Cllr Guckian said he felt the motion was “unnecessary” and that “Leitrim County Council have no role here.”
He said Coillte have placed a barrier across the entrance as signs have previously been broken by vandals.
He noted tables and seating had been broken. He also said the road is potholed and visiting cars can come “flying up” which is very dangerous.

Cllr Guckian went on to say the walk is for “quiet and peaceful people.” He concluded re-iterating “Leitrim County Council have no business here.”

Director of Services Joseph Gilhooly responded to the motion saying “Leitrim County Council and Coillte established a joint working group in order to progress priority items of mutual interest.
“The Council has raised and will do so again the Derrycarne Woods and potential improvement works.
“The Council will also make contact with Coillte in regard to the other property
referred to."

Cllr Sean McGowan said he was not looking for any big investment but “we should be using this facility, it is beautiful.”