For over a decade Kevin Kilrane has presided over courts in Leitrim, Sligo and Donegal dispensing justice 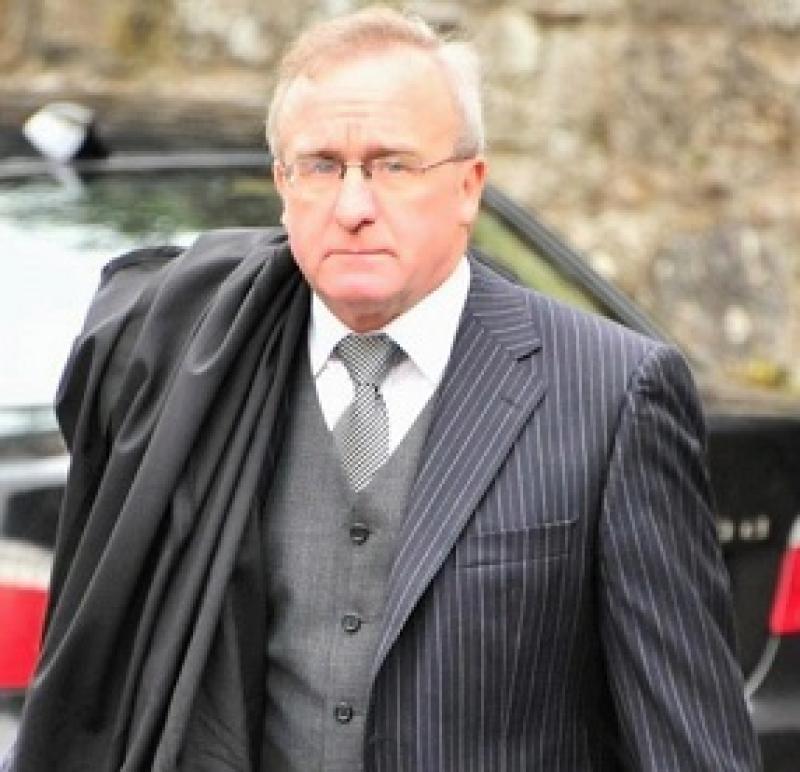 GOOD MORNING!
This was always the crisp, concise and clear message from a man of towering intellect who also had tremendous compassion for the wounded, the bruised and the broken.

For a decade, Judge Kevin P Kilrane was the captain of the good ship Carrick-on-Shannon district court - with a firm but fair hand on the tiller.
He also served with distinction in Tubbercurry, Sligo, Manorhamilton, Ballyshannon and Donegal Town.
Before that he was in the Letterkenny district so there is very little he does not know about the north- west.
And you always knew exactly who was in charge.

He was always able to guide the ship through the often choppy waters, as the tide of constant cases rose and fell while the prosecution and defence battled it out in the name of that sometimes most elusive creature called….. Justice!
And presiding over all was Judge Kilrane and you could almost hear him listening to both sides with great intent and he never interrupted unless it was really necessary.
Although a great listener, he was most emphatic when he had made his mind up and God help those who thought they could waffle or bully their way through.

Judge Kilrane has an arsenal of words that could toss a mountain, and boy could he put the pretentious, the uppity, the arrogant and the would be bullies in their place.
And he was always sage enough to allow each of these individuals more than enough rope to hang themselves.
His judgements were powerful, eloquent and in a language that we could all understand.
And he was never afraid to call a spade exactly just that.
But possibly his greatest gift, after balance, was the ability to articulate what the ordinary citizen was thinking.
There were no wasted words, the judgements read like a concise English essay and were exceptionally detailed.

But there was also a very caring and empathetic side to him.
For victims, courts can be an intimidating place and they are often understandably a bit reluctant to come forward.
But Judge Kilrane always insisted on them being heard.
He allowed them to tell their story in great detail, and always asked the critical question about how they were feeling.
He was that rare combination of bristling intellect and emotional intelligence in spades.
Judge Kilrane made them feel comfortable and that they had a value, but most of all, that they would get justice.

On the other side, those who committed grave acts and were not for turning also knew exactly where they stood in his court.
But there was a strong streak of mercy in him as well, especially to those who came before the courts through various addictions and mental illness.
He showed great compassion where he believed it would help and gave many an unfortunate several chances to stay out of jail
A defendant who was making a genuine effort to get away from crime was helped wherever possible by Judge Kilrane.
But if they thought for a second that they were “trading on their affliction” they would be told to cop on very swiftly and succinctly.

And he had a great way of getting to the heart of the matter if he felt he was not getting the fully story in that immortal phrase.
“And why should you not go to prison”?
Simple and direct, so the defendant knew he was better off telling the truth, the whole truth and nothing but the truth if he wanted to stay out of jail.

Judge Kilrane was always courteous to solicitors but could rein in what he perceived to be excess in a plea, very succinctly.
In recent times journalists are allowed to sit in on Family Law matters.
And this where he was arguably at his finest.
Family Law is a very sensitive branch of the legal system.
There is a lot of trauma, stress and emotion on all sides.

Judge Kilrane was very patient without being probing and allowed all the time the parties needed to say what they needed to say in very stressful situations.
And he was exceptionally good with children, very intent on speaking at their level and very concerned that they felt they could talk freely in court.
That is an exceptional gift, but this correspondent has seen it on countless occasions.
And when he reached a decision, it was final as both parties knew exactly where they stood.

For those in the legal profession, the Courts Service and the press, he will be also remembered for the way he could get through a big list.
There was backlog in this court area when he took over a decade ago and he quickly set about reducing it.
And, if a case could not go ahead, he would utter those famous words:
‘We’ll call on”.
But he was also a very witty man with impeccable timing for the bon mot.
However, he used it sparingly and did not trade on it to build a profile.

That is not so say that he did not have strong opinions which he was not afraid to deliver when he felt the occasion demanded it.
Before becoming a judge Kevin P KIlrane was a highly respected solicitor in the north- west.
He was an acknowledged expert on the minutiae of drunk driving matters and the prosecution really had to be on their game when he was in the other corner.

In GAA parlance, he was a real championship player and shone brightest in the larger more complex cases.
As a solicitor he represented the McColgan family from Ballinacrrow, whose father Joe was found guilty of sexually abusing some of them, in their civil case against the then North- Western Health Board in the late 1990s, a high profile and distressing case.
He was a great criminal lawyer, and he went on to become a great judge.
There is no doubt that his quickfire wisdom, wit and towering work ethic will be missed in this region.
He is also well known in GAA circles and has served as a past chairman of Mohill GAA club.

Judge Kilrane may be retiring this year, but a man with that sort of restless enquiring energy wil surely channel it in other directions.
One thing is certain.
Judge Kevin P Kilrane made a real difference wherever he went.