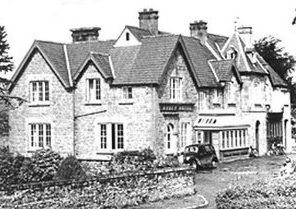 Use the NEXT above to go through the gallery

Dromahair village, closer to the Bonet river than ancient Drumlease, was actually designed early in the 19th century by a Yorkshire absentee landlord, George Lane Fox Senior.
The Fox family can be traced back to the 17th century in the North of England, and eventually was joined in marriage to the Lane family, hence its double-barrelled name. Buckingham passed the castle and 11,000 acres on to his brother Sir William Villiers, who later sold the estate to Sir George Lane of Tulsk in Roscommon. (Lanesborough in Roscommon derives from the Lane family.) Through inheritance it passed to the wealthy Fox family based in Bramham Park near Leeds in Yorkshire.

Sir George Lane was the son of Richard Lane of Tulsk, County Roscommon and was granted the Irish peerage title, Viscount Lanesborough, in 1676. He was Secretary of State for Ireland and received lands in the baronies of Roscommon and Ballintober, and in county Longford in 1678 and 1679.
In 1724 the Lanesborough title became extinct with the death of his son. The Lanesborough estates in England and Ireland were inherited by the 2nd Viscount's sister who was married to Henry Fox. The Lane-Fox family held substantial property in both counties Leitrim and Waterford.

For the most part they were absentee landlords, their estates being managed by a succession of stewards, including Joshua Kell, who was a member of the Grand Jury for Leitrim in 1851, Robert and David Stewart and Francis La Touche from Harristown in Co Kildare.
Captain George Hewson bought Villiers Castle and the Lodge, with many acres of farming and hunting land, in 1894. He served as High Sheriff of Leitrim in 1896 and was also a land agent for some time.

George Lane-Fox (1793–1848), of Bramham Park in Yorkshire, was a British landowner and Tory politician. He served as MP for Beverley and wedded, in 1814, Georgiana Henrietta, daughter of Edward Percy Buckley. He rarely visited Leitrim, disliking its humid windy winter climate, and left administration of his estates to land agents.
He had Dromahair village designed so that the main street had rows of cottages facing each other, with special buildings, some of English architectural style, in different places. A Back Line ran parallel to the main street, connected by some side lanes.

Lane Fox Senior died in 1848 and in the same year his son, George Lane Fox Junior, was High Sheriff of Leitrim. George Junior was born in 1816 and died in 1896. He wife was Katherine Mary.
He too rarely visited Leitrim after serving as High Sheriff, but kept in touch through his land agents. He had an interest in the Sligo-Leitrim & Northern Counties Railway SL&NCR which started operations in 1887, with a station just one mile outside Dromahair.

In the early 1880s he commissioned a map of Dromahair village which shows 87 numbered buildings rented by tenants. A restored framed copy of this historic map was graciously donated to Dromahair Library by Gordon Rowntree in May 2018.

The Jeiter Family from Germany
Another foreign family, this time from Germany, influenced the commercial and social life of Dromahair between 1895 and 1969.
Josef ‘Jup’ Jeiter was born in Saarbrücken in the Saarland area of Germany, on the Franco-German border, in 1863. He trained as a baker.

For reasons unknown, he turned up in Manorhamilton in North Leitrim in 1880. He opened a business on the Sligo road, possibly offering food and lodgings to people making coach journeys.
He met a Cavan woman then living in nearby Lurganboy named Mary Doud (Dowd) and they married in 1895.
That same year Josef Jeiter, who anglicised his name to Joseph, bought the Abbey Hotel in Dromahair. This was a small cottage-style building with a thatched roof, which around 1860 had been constructed on the orders of George Lane Fox Junior.

The first proprietor had been a Dromahair bespoke tailor, Edward Moran, who ran into financial difficulties and eventually opened a pub in Ballintogher. His descendant, Hugh Moran, runs a pub there and possesses the heavy duty tailoring scissors of his ancestor.
Until his early death, possibly in the 1920s, Joseph Jeiter reconstructed and made several additions to the Abbey Hotel. He reconstructed the façade using limestone and burnt bricks and some sandstone. The façade is believed to be a mixture of German and English architectural influence.

In its heyday it was a remarkable building in a small village and today is a protected structure.
As a German national living in the UK, Joseph Jeiter was interned for almost a year after the outbreak of the Great War and was released before his final illness.
Mary Jeiter managed the business, a hotel with a grocery store and butcher shop, for many years. Her daughter Mary died of tuberculosis aged 21, while Connie married a Dr. Michael Dillon and settled in Castlerea in Roscommon.

Living members of the Dillon family got in contact with Joseph Jeiter’s family relatives in Saarbrücken and were informed that his ancestral home is now known as Hotel am Markt – the Market Hotel.
Two sons were born to Joseph and Mary Jeiter – Frank and Paul. Frank learned to cook and went to New York in the late 1920s, where he learned the finer points of cooking at the famed Waldorf Astoria Hotel.
Meanwhile, Paul Michael Jeiter (born in 1903) studied Engineering at UCD, graduating in 1928. He joined his elder brother Frank in New York. He did some maintenance work on the Brooklyn Bridge and also worked on a tunnel going under the Hudson River.

In 1930, Frank and Paul returned to help their mother in the Dromahair family business. Frank had a good reputation as a cook and for a few decades Jeiter's Hotel, as locals often called the Abbey Hotel, was a popular place for meals and wedding receptions.
Paul Jeiter eventually took over the management of the hotel from his ageing mother.

In his capacity as a trained engineer he made an impact on Dromahair. He harnessed the current from a millrace along the Bonet River from the rear of the Lodge by constructing a pipeline that directed water steeply down into a dynamo housed beside the old millhouse formerly owned by John Hosie (died 1950) and now owned by OPW.
This was one of the first private hydropower schemes in Ireland and supplied electricity to local homes and businesses between 1933 and about 1958.

In 1958, the ESB brought electricity to Dromahair and surrounding countryside, so Paul Jeiter could no longer sell his, but continued supplying it to the business. A former owner of the hotel remembers using the hotel generator until 1973.
Paul Jeiter also designed, at the rear of the Abbey, a cement bridge in the 1930s to replace a wooden footbridge over the Bonet that leads to the ruins of Creevelea Abbey, from which the Abbey Hotel got its name.

In addition he designed a cement bridge with embedded steel bars that leads into the community recreation facility today known as the Park administered by the cross-community organisation DARC. He bequeathed this land to Dromahair community in his will.
During Paul Jeiter’s time there was a vegetable garden at the rear of the hotel, with some buildings along the side for storage, a butcher shop and servants quarters. Cattle and sheep were farmed on land beside the Bonet.

Paul Jeiter planted apple trees and other fruit and apparently experimented with flax. Jeiters were known to be a good firm to work for. Paul Jeiter had a funeral undertaking business and made coffins. At first he used a horse-drawn hearse, then introduced to Dromahair the first motorised hearse.
In the 1950s there was a petrol pump outside the hotel. A small stone wall with side access demarcated the exterior of the building. To the right of the building was an open garden with mature trees and shrubs where guests enjoyed afternoon tea and wedding guests posed for photographs.

The hotel trade was affected by the Second World War, so in the 1950s Paul Jeiter supplemented his income by working as an engineer for Leitrim County Council. He supervised road improvements on the Parkes Castle route to Sligo among other work.
Frank Jeiter died in 1958 and Paul died in 1961, aged 58. His widow, originally Katherine ‘Katie’ Gilmartin, continued to manage the business until 1969. Katie Jeiter passed away in 2010. The social heritage of the German-origin Jeiter family is fondly remembered by older generations.
Geoffrey Hack from London purchased the hotel in 1969. He died soon after and Joe McGoldrick became a partner in the business. He remembers using the hotel’s own generator for electricity until 1973.

Some years in August a marquee was set up behind the hotel and dances here held. Big Tom, Red Hurley and other stars performed.
In 1980 the business was sold to Donal Sullivan from Ballymote. Around 1982 Mr. Sullivan sold it to a Mr Cregg, a farmer from Ballygawley. Then around 1987 it was sold to Michael Joe Dolan.
Around 1999 it was acquired by Lou Whitfield from Dublin. and c.2001-2002 it was acquired by a group of four businessmen, who refurbished and reopened the hotel and restaurant in 2004. It suddenly closed in 2009 and remains empty.
Today, a sale agreed sign has appeared on the building and hopefully it will once again be restored to its former glory.
*Thanks to Joe McGoldrick for details of ownership since 1969.