Marking the history of Aughavas Church of Ireland 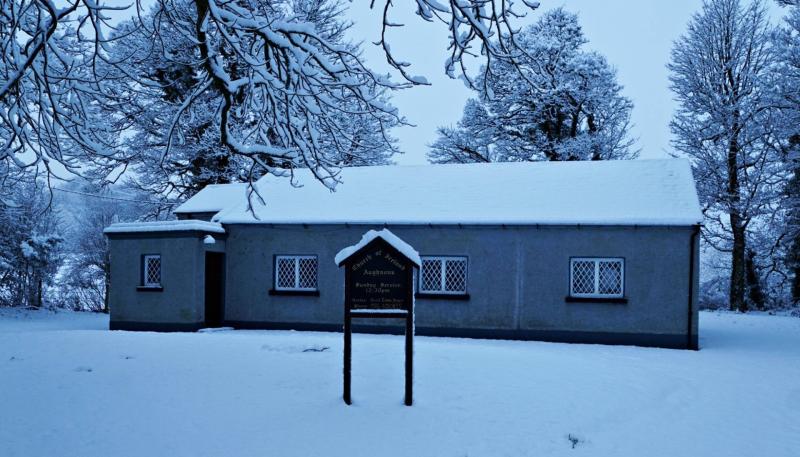 Next month marks a very sad milestone, the first Easter since the closure of Aughavas Church of Ireland.
Falling parishioner numbers led to the closure of the chapel on November 14, 2021 ending 174 years of faithful service to the local congregation.
However the site itself goes back even further. In 1835 the ordinance survey map revealed there was already a school located in the Corduff area of Aughavas.
The townland was so named after all the Corduff-Wilson families who lived in the area. It is assumed that the land for the school was donated originally by either the Wilson or Stratton families.
In 1847 the existing school was re-roofed and the building repurposed as a Chapel of Ease, becoming a place of worship for the Church of Ireland Community.
A smaller building was subsequently erected at the back of the site for the new school which was initially grant-aided by the London Hibernian Society, a Protestant missionary society and the Kildare Place Society, which was founded for promotion of the education of the poor of Ireland.
The manager of the newly established Chapel of Ease was Rev Frederick Fitzpatrick, rector of Cloone parish and the teacher at the nearby school was 17-year-old Robert Raymond. At the time the new school opened there were 15 boys and 18 girls in attendance.
In 1867 the school at the rear of the chapel was transferred to the control of the Commissioners for Education.
Sadly the little school closed in 1945 and its pupils were transferred to Carrigallen.
But the chapel itself continued in service and in fact was extended in 1914 when the vestry was added to the side of the building and the altar was moved from what is now the back of the church, to the front.
At the final service at the chapel last November, special tribute was paid to the dedication and faith of the parishioners through the years with Canon Linda Frost noting: “Nothing can take away from the legacy of lives lived faithfully through the generations”.