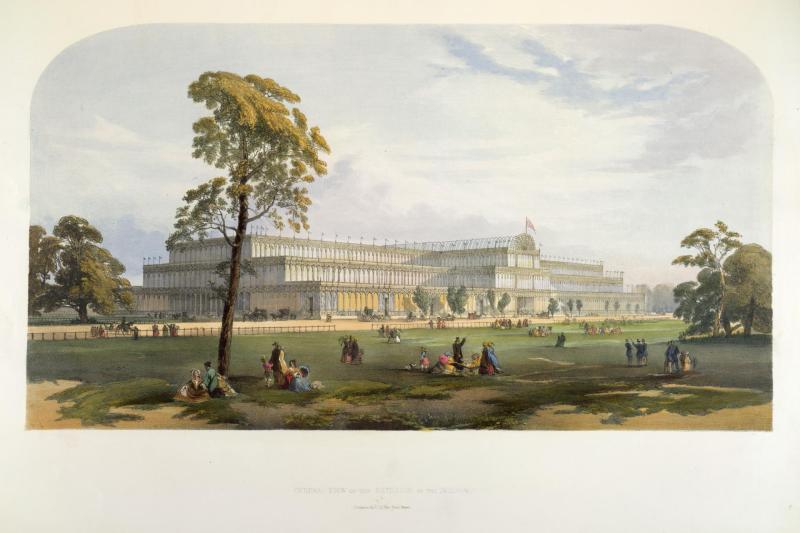 General view of the exterior of the building of the Great Exhibition, British Library

In May 1851, the first World's Fair was opened by Queen Victoria in Hyde Park, London. It was the biggest event of the 19th century, and was held in a spectacular crystal building some ten storeys high with ten miles of displays.
Between May and October when it closed, over six million people, a third of Great Britain's population, had attended the exhibition.

They had been able to view 100,000 objects from around the globe, ranging from locomotives, tapestries, ceramics and diamonds. One exhibit travelled all the way from Co Leitrim.
Letitia Veevers from Mohill exhibited a number of lace and other products made from thread derived from nettles, hemp, sweet pea, honeysuckle, nasturtium and Marshmallow. 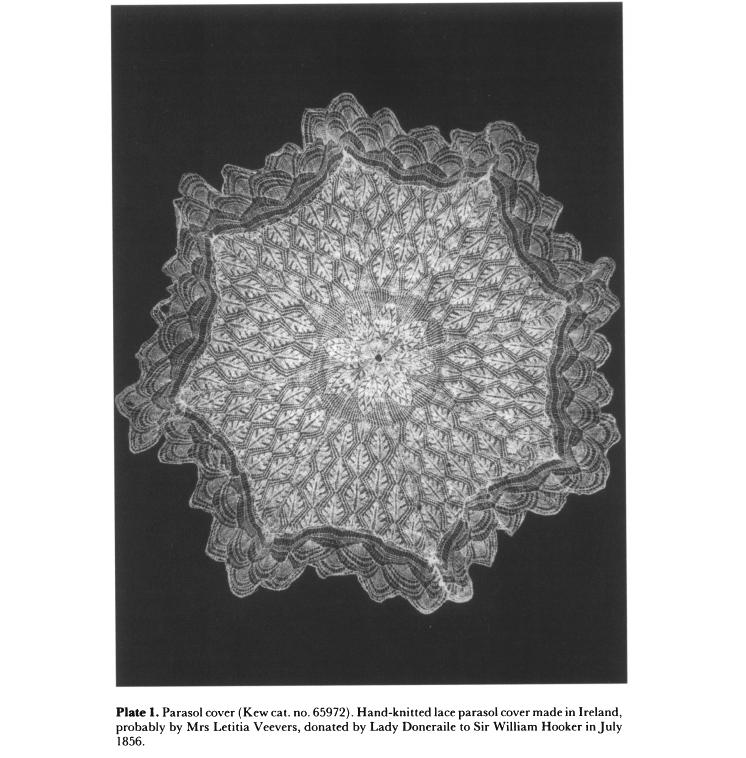 These ‘botanical laces’ were the result of experiments carried out in the 1850s by Mrs Veevers using unconventional plant fibres, including a range of wild and cultivated flowers.
It seems that Mrs Veevers had used lace-making as a Famine relief effort, teaching it at the Industrial School in Mohill and in Bailieborough where her husband was Resident Magistrate.
She had also been active during the Famine, working alongside the Quakers and local Church of Ireland ministers, Arthur Hyde and WH Foster to distribute funds, clothing and food.

At the Great Exhibition in 1851, Mrs Veevers’ botanical lace efforts attracted a mix of admiration and bemusement.
The Kerry Examiner singled her out for mention in its extensive account of the Exhibition. She had, it reported, ‘excited much attention’ for her ‘very curious and useful products’.
When her work was shown at the Dublin Exhibition in 1853 - the only display of botanical lace – the commentator was at first moved to lament the ‘desecration’ being done by this ‘ruthless generation’, but ultimately admitted that the entire effect of the floral creations was ‘quite charming’.

Her creations were more than charming; they were intricate works of art and amongst the finest examples of Irish lace.
One of her parasols is one of eleven examples of rarest Irish lace in the Centre for Economic Botany at the Royal Botanic Gardens, Kew. The parasol is believed to be made from the common stinging nettle with a border of Solomon's Seal and nasturtium. It was presented in 1856 by Lady Doneraile.

Fiona Slevin is author of ‘By Hereditary Virtues: a history of Lough Rynn’ available at www.loughrynn.net