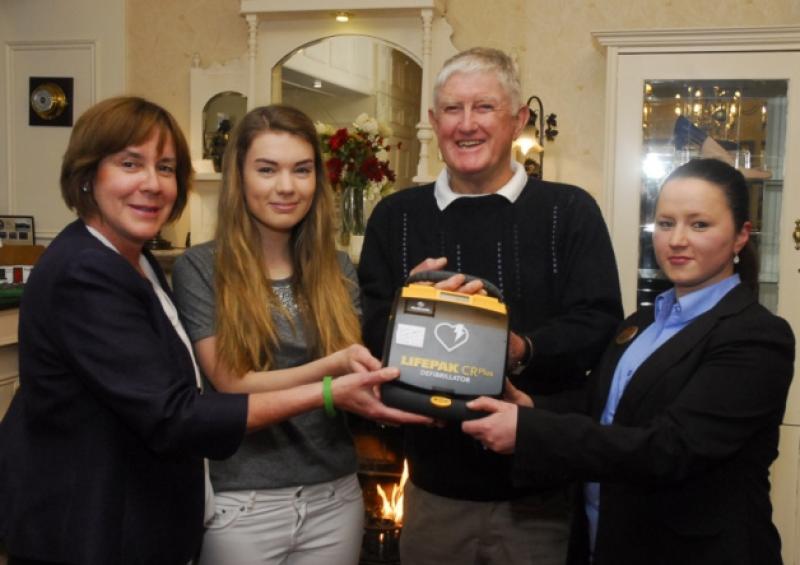 The actions of a number of alert locals in Carrick-on-Shannon saved a life recently when a 76-year-old man went into cardiac arrest at a Takeaway in the town.

The actions of a number of alert locals in Carrick-on-Shannon saved a life recently when a 76-year-old man went into cardiac arrest at a Takeaway in the town.

Johnny Martin, originally from Naas in County Kildare but residing in Carrick-on-Shannon for the past 36 years, suffered ventricular fibrillation on Monday, April 24. Johnny had entered Francesco’s Takeaway just after 2pm that day. Moments later, he collapsed, falling on his head and in doing so opened a large wound at the back of his head.

Ventricular fibrillation occurs when there is uncoordinated contraction of the cardiac muscle of the ventricles in the heart, making them quiver rather than contract in the correct motions. Johnny’s heart had effecitively stopped pumping blood around his body at the required rate for 16 minutes.

The emergency services were called into action immediately but with the nearest available ambulance having to come from Boyle, it was up to the quick thinking locals to burst into action. A staff member from the nearby Coffey’s Pastry Case then put a call into Cox’s Pharmacy who in turn contacted The Bush Hotel who keep a defibrillator in their recpetion area.

While all this was happening, 17-year-old Carrick CS student Orla McNabola who is also a part time Lifeguard at Aura Leisure Centre in the town, noticed the commotion. “I was in Subway and one of my friend’s little sisters had been in Francesco’s and saw Johnny collapse. I went down to Francesco’s thinking ‘I wonder wil they need help with CPR??’ So I went down on the off-chance and saw Johnny through the glass. I ran in and told the two ladies who were working in the shop tha I could help.”

Mercifully for Johnny, Orla was trained both in CPR and is familiar with the workings of a defibrilator which unbekownst to Orla was on its way from The Bush and would arrive before any ambulance. Orla continued to perform CPR on Johnny who was in grave danger at this stage, but due to the a combination of the approriate pressure Orla was puttingo n Johnny’s chest and the work of Johnny’s pacemaker, there was just enough power in his heart to keep him alive despite a lack of oxygen being delivered to his brain.

Meanwhile, Rosie Dolan and Breda Dunne were en route from The Bush. Rosie explains: “We managed to stop the second car we saw on the road. Myself and Breda both did the defib course so we told the driver that they had to stop and that this was an emergency.”