Your guide to Team Ireland at the Beijing Winter Olympics 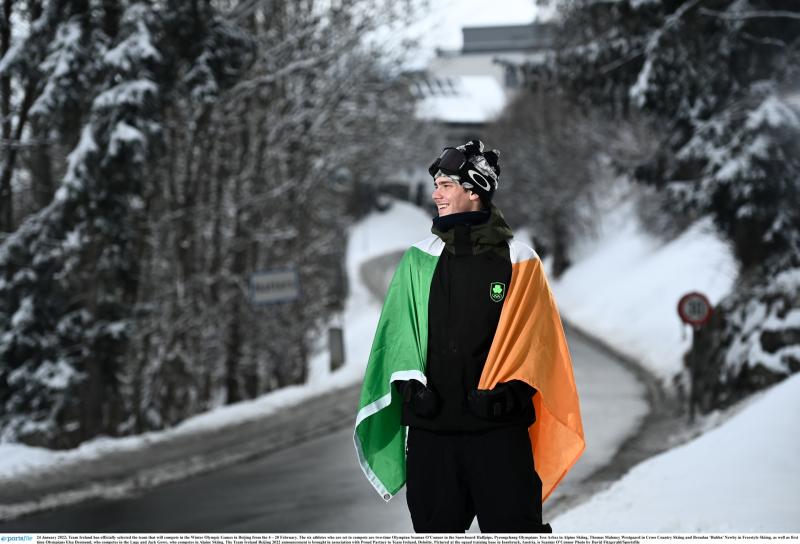 The opening ceremony of the Winter Olympic Games in Beijing takes place today in the Bird’s Nest Stadium in Beijing city.

Team Ireland, led by flagbearers Brendan Newby and Elsa Desmond, will be marching into the stadium as the 65th nation in the athlete’s parade, with proceedings starting at 8pm local time, which is noon in Ireland! The opening ceremony will be broadcast live by RTÉ.

Beijing is the first city to host both the summer and winter Olympics, and the competitions are spread across three zones, Beijing city, and two mountainous districts, Yangqing and Zhangjiakou. Six Irish athletes will compete in the Winter Olympics, based across two villages – Yangqing and Zhangjiakou; with Irish action running from the 6 February until the 19 February.

“The buzz within Team Ireland is extremely positive. Everyone is enjoying training and getting used to their respective venues. With the Opening Ceremony taking place this evening you can feel the dynamic shift as everyone switches from training to competition mode. The performance atmosphere is palpable.”

The first Irish athlete to compete will be Jack Gower, who together with Thomas Maloney Westgaard will be racing on Sunday the 6 February. Gower will be competing in the Downhill event, and also spoke about the culture within the team,

“It’s been amazing. Although this is my first Olympic experience, it’s been a unique one with Covid. It’s pretty important to have a good core team, because we are spending a lot of time with each other as there is not as much mixing with teams as there normally would be. We have a great group here which is making the experience really enjoyable.”

Reacting to the course following his first official downhill practice run yesterday, Gower said, “Non-official practice has been going well and I’ve been pretty fast. Today was our first official training run, it wasn’t my best day but really nice to get going and get started. The hill they’ve created is quite a challenging hill, but the snow is very aggressive, so the speeds we are hitting are not as fast as normal. It’s around 140kmph which for us is not so fast. It’s challenging but the snow takes the sting out of the tail for sure.”

Maloney Westgaard will be competing throughout the Games, with his first competition on February 6 and the last one on February 19!  For cross-country skiers like Maloney Westgaard one of the key components of preparing for competition is selecting the right equipment for the race environment and conditions. The skis and equipment are constantly evolving, with the manufacturers creating nuances in the skis that are suited to a wide variety of different conditions.

“The work is almost done so what is important now is to have the right materials so I’m testing a lot of skis so I have the right skis on the day. Now that it’s really cold here I need to make sure that all my skis for cold conditions are getting tested, and get a winning pair and find the right pair for the day, which is really important.”

You can see a full schedule for Team Ireland HERE.