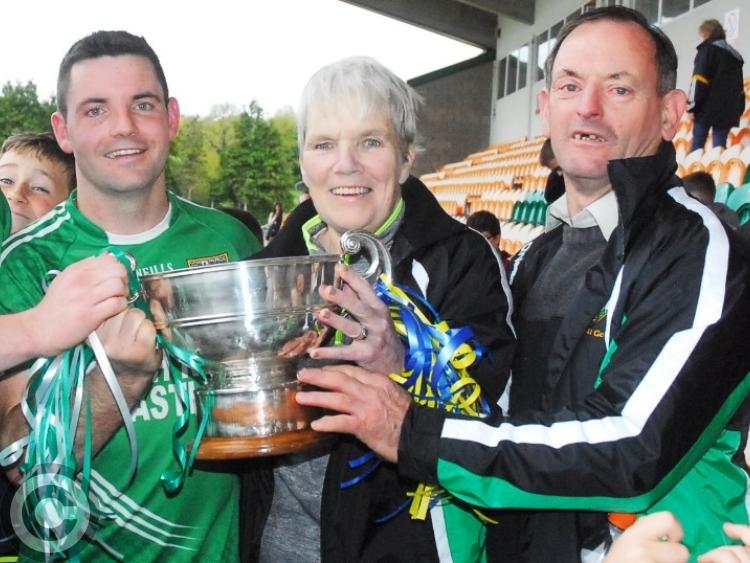 Mohill GAA Club and the wider community is in mourning after the sudden passing of Mary Kennedy after a long illness last Sunday morning.

Described in a tribute in this week’s Mohill GAA Club notes as “the beating heart of this club”, Mary became the face of Mohill’s 2017 Leitrim Senior Championship win after captain Danny Beck gave her the honour of lifting the Fenagh Cup last October.

Mary, who passed away on Sunday, June 24, in University Hospital in Galway after a long illness, was known the length and breadth of Leitrim and immersed herself in Mohill GAA Club.

Sons Ronan and Ciaran have both played for the Leitrim Senior team while eldest son Sean managed the Leitrim County Minor team and her daughter Roisin is heavily involved in Scor in the Mohill club.

Her husband John was a well-known businessman in the Mohill area while Mary herself worked as administration staff in Carrick-on-Shannon Garda Station.

In a heartwarming tribute, Mohill GAA club notes wrote “She was a trusted officer for many years and over the decades washed and patched thousands of jerseys. Mary was a feeder!  Mohill would hardly have won our last few County titles without her unending supply of sandwiches and her large pots of pasta that would put any Italian mother to shame.

“She absolutely loved every one of our great young players and they have returned their love in full to her over the last few months. Ní beidh a leitheád arís ann. Rest in peace Mary. You will never be forgotten.”

Glencar/Manorhamilton GAA Club, defeated by Mohill in the last two County Final, commented in their notes this week that “Mary epitomised what volunteerism and support of your club is all about. She will be sadly missed.” 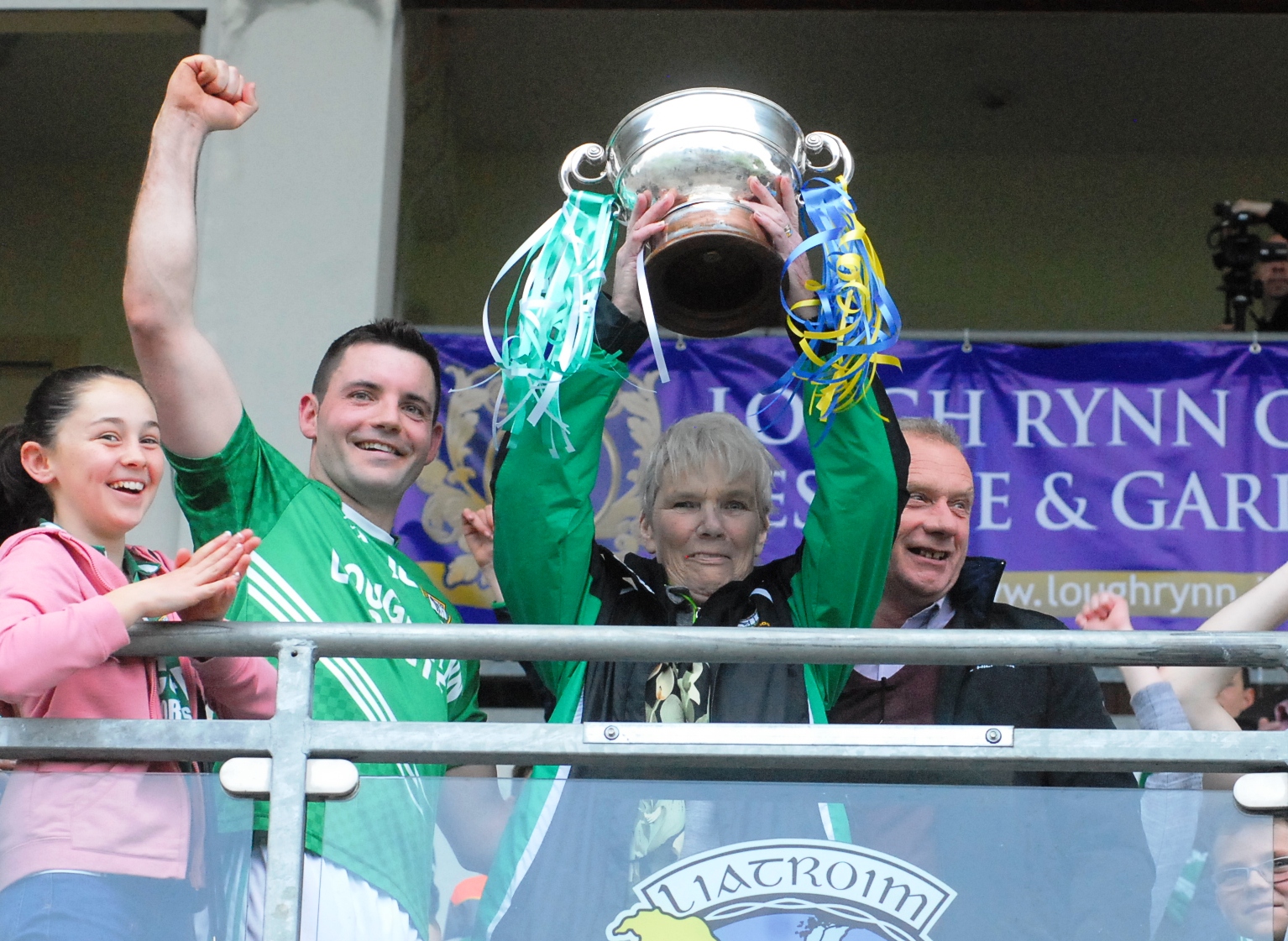 When asked about asking Mary to lift the Fenagh Cup last October, Mohill captain Danny Beck said “Delighted for Mary Kennedy there, she took sick during the year and she never misses anything, she is at every training session there, she is making sandwiches for us, she is wishing us well.

“She was in at training on Friday night, she could barely talk but that is what it means to the likes of them so I’m delighted for them.”

Mary’s remains will be reposing at the family residence today (Monday, June 25) from 6 to 10 pm and again on Tuesday from 12 noon to 3 pm with removal to St. Patrick's Church Mohill at 7 pm. Mass of the Resurrection on Wednesday at 11.00am with interment afterwards in the local cemetery.

The staff of the Leitrim Observer offer our deepest sympathy to the Kennedy family on the passing of Mary. May Mary Rest In Peace. 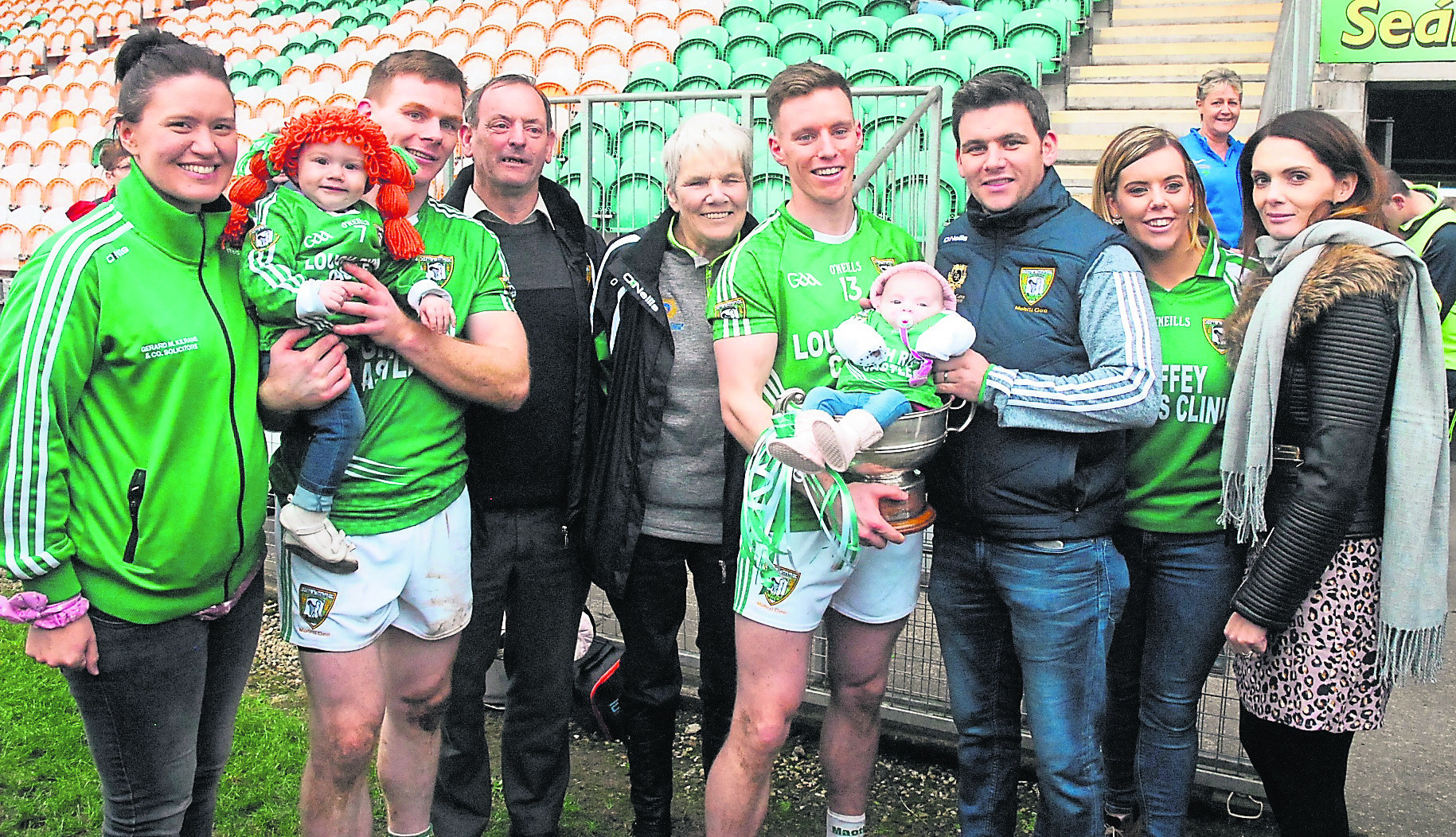 The late Mary Kennedy pictured with her husband John and family after Mohill's victory in the 2018 Leitrim Senior Championship Final. Photo by Willie Donnellan