“He always believed in leaving his client in a better place than where he found them.” 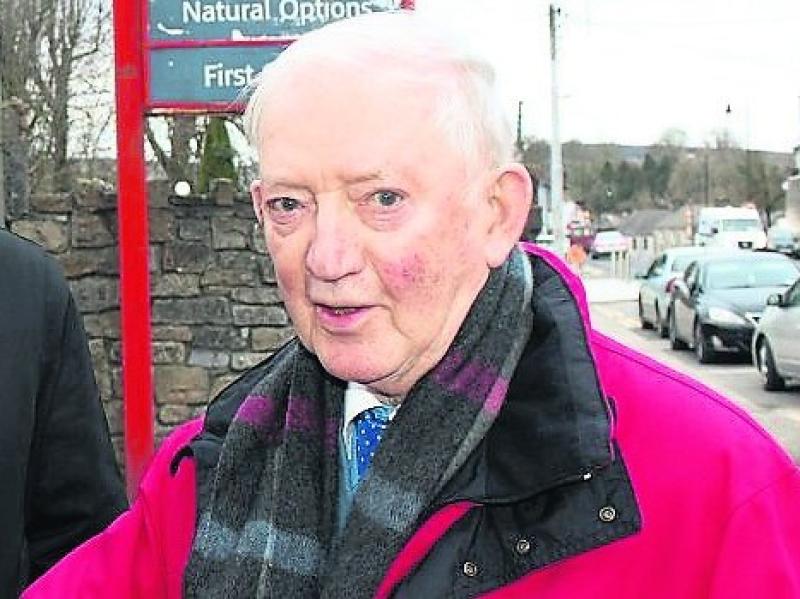 Mr Wynne, who was a solicitor based in Boyle, was “most respected” and “a most amiable individual” according to Judge Kilrane.

Mr Wynne, Lissadell, Carrick Road, Boyle sadly passed away earlier this month following an illness at University Hospital Sligo.
Judge Kilrane added, “He was always turned out sprightly and behaved like the perfect gentleman he was. I don’t believe he had an enemy in the world.

“To his wife Marie, daughter Nicola, sons Paul and Jonathan and grandchildren I extend the court's sympathy and condolences.”

Continuing his tribute at the start of last Tuesday’s sitting Judge Kilrane said: “I was unaware he was ill for some time; his passing came as a shock. It is indicative life is moving on for all of us. I always thought of him as a young man and that is the way I will remember him.”

Judge Kilrane concluded by referring to his work as a solicitor saying: “He always believed in leaving his client in a better place than where he found them.”

Those sentiments were echoed by Peter Collins who addressed the court on behalf of the local BAR association who said: “He was not only well liked and respected but was a great personal friend.”

Mr Collins referred to Mr Wynne’s thriving business noting he took on many apprentices over the years and also made reference to his “tremendous connections with the Fianna Fail party.”

Mr Collins referred to Mr Wynne's time as an election agent for former Minister for Justice, Sean Doherty saying: “He was a great man for the canvassing.”

Aoife Brennan, office manager, Carrick Courts Services also offered her sympathies saying: “I would like to extend the sympathies of the court services to Mr Wynne's family. Unfortunately I didn't know him myself but I heard lovely stories about him.”

Insp Frank Finn who was recently appointed to the Leitrim district said: “I believe he was very well respected by members of An Garda Siochana.”

Mr Wynne’s son, Paul, addressed the court to say: “On behalf of the family, thank you very much.

“Dad was very fortunate in life with many things including the friends and acquaintances he made.”

Mr Wynne expressed his gratitude to all those who sympathised since the passing of Harry saying: “We have been totally overwhelmed by the number of people who have come to pay their respects.

“Dad was a people person; we give thanks for him and all the collegiality shown towards him.”

Mr Wynne also expressed his gratitude, on behalf of his family, for the care given to his father while he was ill.

“Thanks to the carers and hospitals who cared so deeply for dad.

“They are angels among our presence. May he rest in peace.”