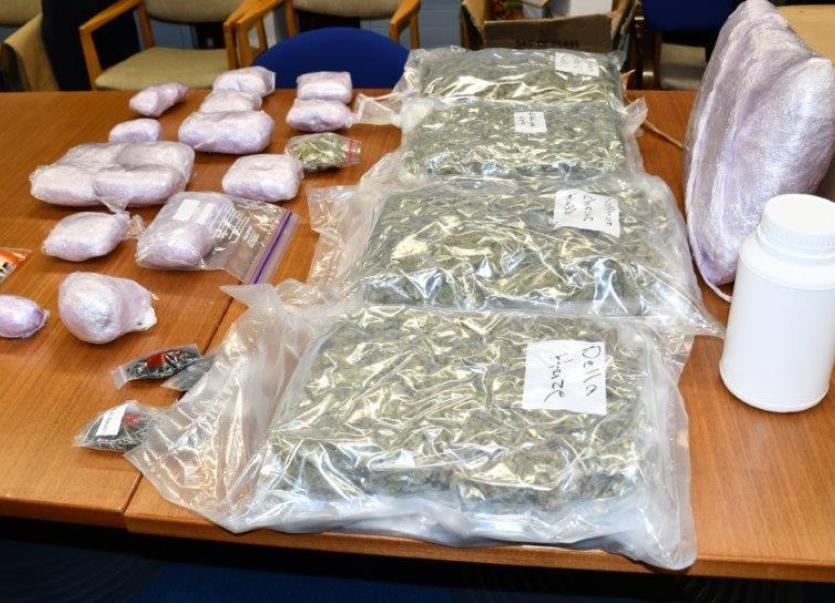 Some of the drugs seized on Tuesday, November 5.

Gardaí in Roscommon are investigating a seizure of drugs at a number of houses in Roscommon town yesterday afternoon, Tuesday, November 5.

Following on from investigations warrants were obtained and searches conducted at a number of houses, where one man (20 years) and one woman (31 years) was arrested and drugs and money seized. A quantity of cannabis and cocaine was seized with an estimated street value in excess of €170,000 (subject to analysis) and a large sum of cash.

The man and woman were arrested at two separate houses and are both currently detained at Roscommon Garda Station under Section 4 of the Criminal Justice Act, 1984.

Photographs of this seizure are attached to this press release.