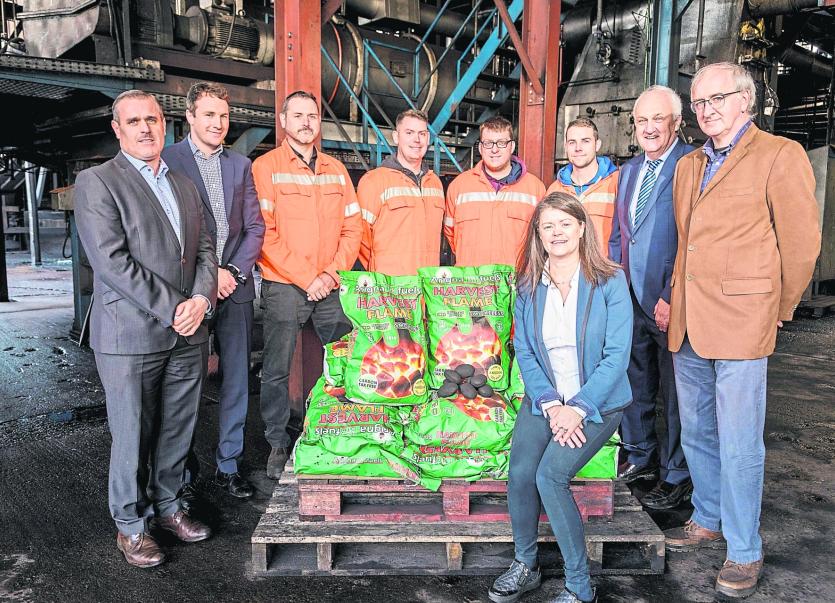 The Western Development Commission (WDC) has announced investment and support for Arigna Fuels as the company moves towards renewable biomass based products.

Arigna Fuels is a family owned business based on the Roscommon/Leitrim border and has been ever present since the 1870’s through generations of the Layden family.

The company was the first manufacturer of smokeless coal ovoids in Ireland and has continually expanded operations up to a 24/7 basis and developed its brands Ecobrite and Cosyglo as market leaders in the expanding market for cleaner solid fuels.

The company has sold well in excess of one million tonnes of manufactured fuels to date and currently employs 53 staff directly and up to 15 indirectly.

In response to the on-going climate change agenda and in anticipation of Arigna Fuels’ customers' future needs to find suitable replacement for carbon based fuel, the company embarked on a multi-million euro investment and commenced work on a biomass based fuel in 2010 and construction of a pilot plant in 2012.

The technology developed for the new plant is cutting-edge and has been developed by the Arigna team. The next stage for the biomass project is the production of commercial quantities of biomass based product to test a number of identified market segments both in Ireland and abroad. Once the development phase is complete the company plans to expand capacity rapidly.

WDC CEO Tomás Ó Síocháin said “Arigna Fuels is an excellent example of both the challenges and opportunities of the 'just transition' to a low carbon economy in regional and rural areas. This is a resilient family business that has provided significant employment for generations along the Roscommon/ Leitrim border and continues to innovate.

“We are happy to support Arigna Fuels as they continue to innovate and develop new and sustainable markets in a time of significant change.’

Brendan Layden managing director at Arigna Fuels, paid tribute to the WDC and their staff noting “from early on it was clear they shared our vision for innovation and our desire to produce a renewable and sustainable product for our customers.

“Our new products will still be usable in existing appliances and make the inevitable transition from carbon based fuels to a renewable fuel possible.”

Gillian Buckley, WDC's investment manager, stated that “The WDC Investment Fund is delighted to support Arigna Fuels, a family business steeped in a rural area at the cutting edge of the transition to the low carbon economy and renewable fuel products.”

The overall investment from the WDC Investment Fund is €1m. This is also supported by the company’s shareholders and the Bank of Ireland.