Arigna Rocks: From Cider to Turbines 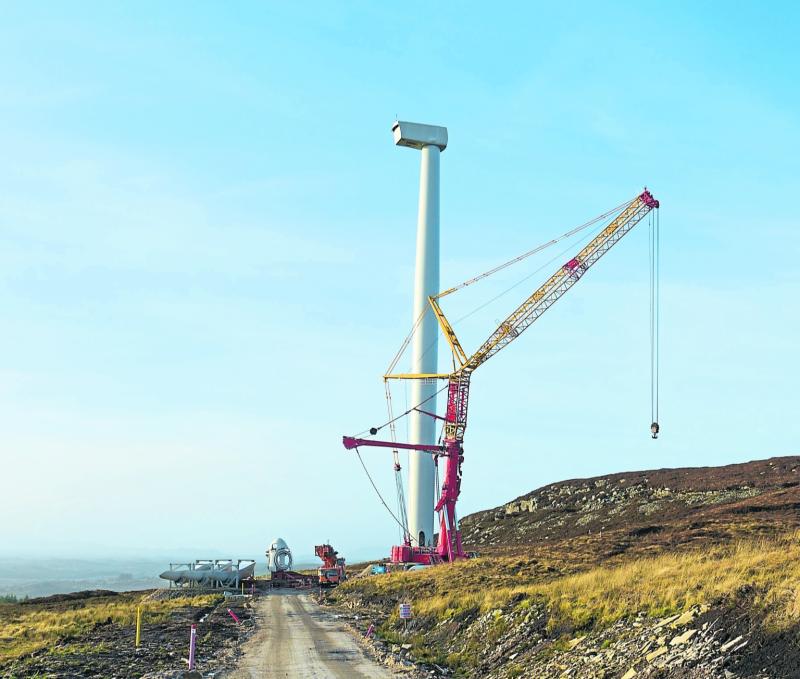 Energia is building 10 Eco-Friendly wind turbines on the lands of Hillstreet Quarries on the remote top of Arigna Mountain. Many are up and running under test producing enormous amounts of electricity. At full production they will pump 32 megawatts into the National Grid.

If you like Bulmers, the bottle you drink it from was probably made from the finest quality Arigna mountain sand produced by Hillstreet Quarries. If you travel by rail, some of the stone ballast the train tracks are set in came from their plant too.

Read Also: TONIGHT: Don't miss the fabulous line-up for the final Leitrim's Health is Wealth event this evening in Carrick-on-Shannon

But, that’s not the full story on an innovative, local company, employing 36 staff directly and supporting many jobs in the local economy indirectly. Arigna, and the wider area, has hundreds of years of tradition of coal mining, iron works and brick works.

Looking across the valley beyond Lough Allen is Sliabh an Iarainn, ‘The Iron Mountain’. This was where the Iron for Dublin’s Ha'penny Bridge, which opened in 1816, was mined.

Giant sandstone slabs and other rocks found high on the Mountain are ground down consecutively by enormous machines to provide the end products. There’s decorative stone of all sizes produced. Then there’s the finer grades of sand for equestrian purposes, render for buildings and the aforementioned glass production.

To gaze at the strata of a huge rock face is fascinating. Every clearly seen layer reflects hundreds of millions of years of alternating tumultuous and quiescent geological events from the beginnings of the earth’s formation; and long before man or any sentient lifeform was around.

I’m very thankful to Hillstreet Quarries owner, Denis Flynn, for showing me around the complex and for allowing me to photograph another chapter in our time of this area’s rich heritage.

Footnote:- According to ‘Vanishing Ireland’: “In 1765, a vast coal seam was discovered in the hills above Arigna. The demand for coal rocketed with the Industrial Revolution, as coal became vital fuel for powering steam engines, as well as heating homes and hospitals. The Arigna mines continued to employ hundreds of people and to provide coal for businesses across Ireland throughout the 1930s and 1940s. There have been mines along the shores of Lough Allen since at least 1629 when the Earl of Cork and Sir Charles Coote, two wily English entrepreneurs, established an ironstone mine close to Arigna. It reputedly employed 3,000 men, all Dutch or English; the secrets of iron smelting were not to be bestowed on the native Irish. Perhaps in consequence, the mine was destroyed during the 1641 Rebellion”.