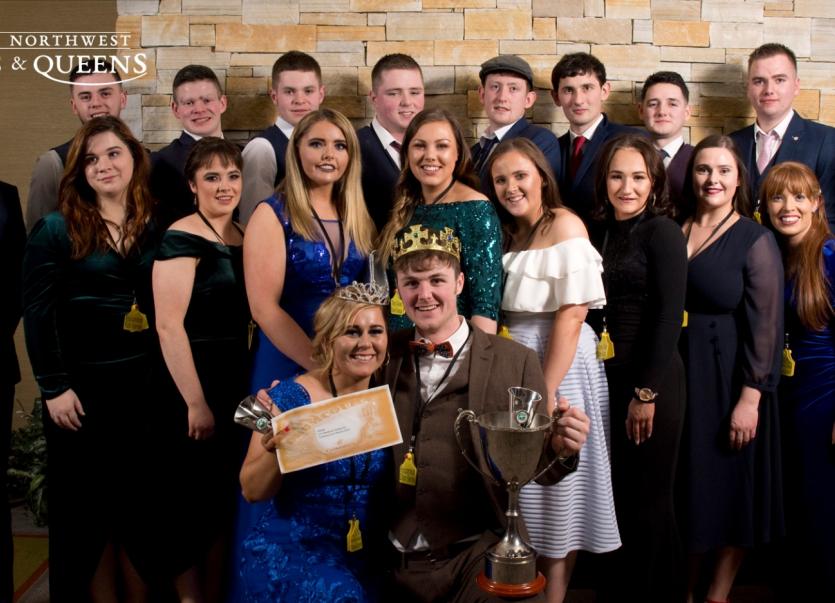 The 13th Annual AIB Northwest Macra Kings and Queens event took place in a packed Sligo Park Hotel on Saturday the 18th of January, the highlight of the Northwest Macra calendar!

The winner was announced that night on front of a record breaking crowd by i Radios Dave Duke. Rhythm and Sticks who hail from Co. Longford then took to the stage and had everybody on the dance floor into the late hours where Dave Duke took over for the closing set.

Dillion comes from Elphin, Co. Roscommon where he  works for Kepak  and is chairperson of Elphin Macra na Feirme. Lisa hails from Co. Monaghan.  Lisa is studying Rural Enterprise and Business in GMIT. After being crowned the AIB 2020 Northwest Queen has big plans for Monaghan Macra.

The winners were presented with a voucher sponsored by EJ's Menswear and Little Sister along with weekend passes to Cowboys and Heros which were also kindly sponsored. Winners also received the perpetual Tiara & Crown as well as the coveted Trophy which has a new home for the coming year.