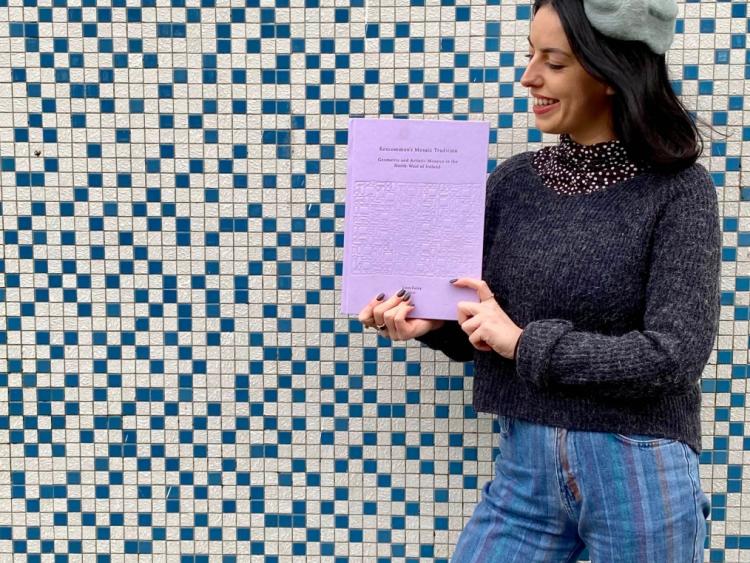 A new book features many mosaics found in Co Leitrim, including: Carrick-on-Shannon, Drumshanbo and Mohill.

Laura Earley's  “Roscommon's Mosaic Tradition - Geometric and Artistic Mosaics in the North-West"  was funded by Roscommon County Council and supported by the Creative Ireland Programme, an all-of-Government five-year initiative, from 2017 to 2022, which places creativity at the centre of public policy.

A lot of the mosaics in the book were once designed and created by 'Irish Mosaics', a prestigious mosaic factory founded by John Crane in Co. Roscommon, in 1952.

The book mainly focuses on geometric mosaics found on old shop and pub fronts in the west and north-west. The photo book is an exhilarating display of colourful photographs that capture patterns and designs of the 50’s and 60's.

The book features an eloquent introductory text by writer Tom Roseingrave, detailing the trajectory of the project which began in 2018, as well as the history of the industry in Roscommon.

The book contains original documents and photographs from those who worked for 'Irish Mosaics'.

You can buy the book here: https://www.lauraearleyart.com/