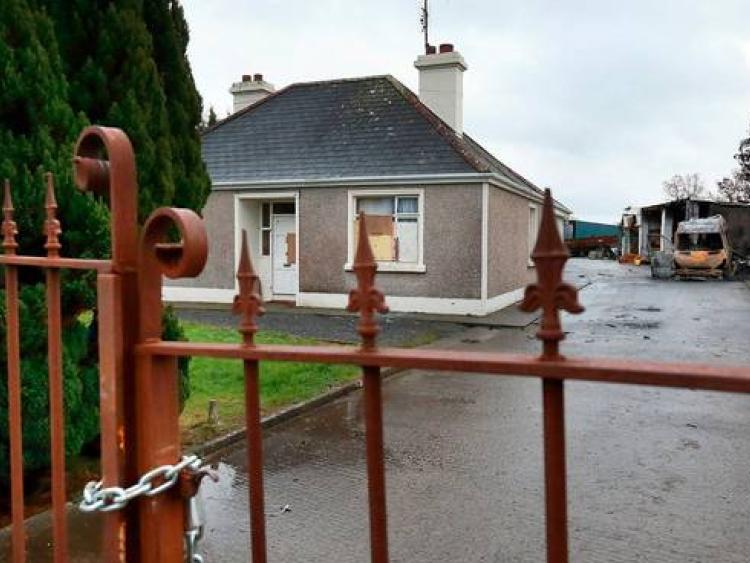 The property at Falsk, Strokestown

Two men jailed over their interference with a bank's lawful takeover of a Co Roscommon farm which was the subject of a controversial eviction in 2018 have been released from custody.

Michael Anthony McGann, who owned the property at Falsk, Strokestown, Co Roscommon, and Kevin Taylor, a retired garda of Dublin Road, Longford, were among three men arrested at the house last year for interference with efforts by KBC Bank's agents to secure the property following the eviction. They were found to be in contempt by the court and were lodged in Mountjoy Prison, where they spent almost five months behind bars.

On Friday Ms Justice Leonie Reynolds directed that the two be released from custody after they gave undertakings to stay away from and not to trespass at the property. A third man, Colm Granahan from Ballina in Mayo, had also been jailed for contempt, however he purged his contempt and was released shortly before Christmas.

On Thursday Mr Taylor and Mr McGann represented by Brendan Donelon Bl sought their release. The matter was adjourned to Friday to allow them fully consult with the legal team.

On Friday Ms Justice Leonie Reynolds heard that both men were prepared to give undertakings to the court that they would stay away from the property. They said they were giving the undertaking independent of the injunction order requiring Mr McGann and others to vacate the farm. Counsel said that his clients also said they want the High Court to hear further proceedings regarding the farm, as soon as possible.

Rossan Fanning SC, for KBC said his said was satisfied with the undertakings. Ms Justice Reynolds directed that the men be released. However, she warned than any breach of the undertaking would see them back in prison.  The court had not wanted to jail them, she said, but was left with no option due to the failure to comply with court orders.

The judge made a cost orders against Mr McGann, who she described as the "puppet master" regarding events.The costs of the proceedings are estimated to be well into six figures. The matter had a long history and had been before the courts on several occasions arising out of Mr McGann's actions and failure to comply with the court's orders.The judge also refused to put a stay on the costs order.

No order for costs was made against Mr Taylor, however that could be revisited if he were to breach his undertakings, the judge said. The farm was the scene of a controversial eviction in 2018. KBC bank obtained a repossession order, on foot of a €431,000 loan to Mr McGann, against the property. KBC was unable to secure the property and returned to court and obtained injunction orders, which were to remain in place pending the full hearing of the dispute, from Mr Justice Senan Allen in October 2019, granting it vacant possession of the property.

KBC brought contempt proceedings against the three men over their refusal to comply with that order. The court heard that Mr McGann wants the full hearing of KBC's action heard, and the court agreed to put a time table for the exchange of documents in that case. Mr Donelon said his client was anxious for the full hearing of the case to proceed. In reply Mr Fanning said while his side accepted that there was an entitlement to a full hearing and his side would comply with any directions made by the court, said it was "an open and shut case."

The matter will be listed before the court in June.