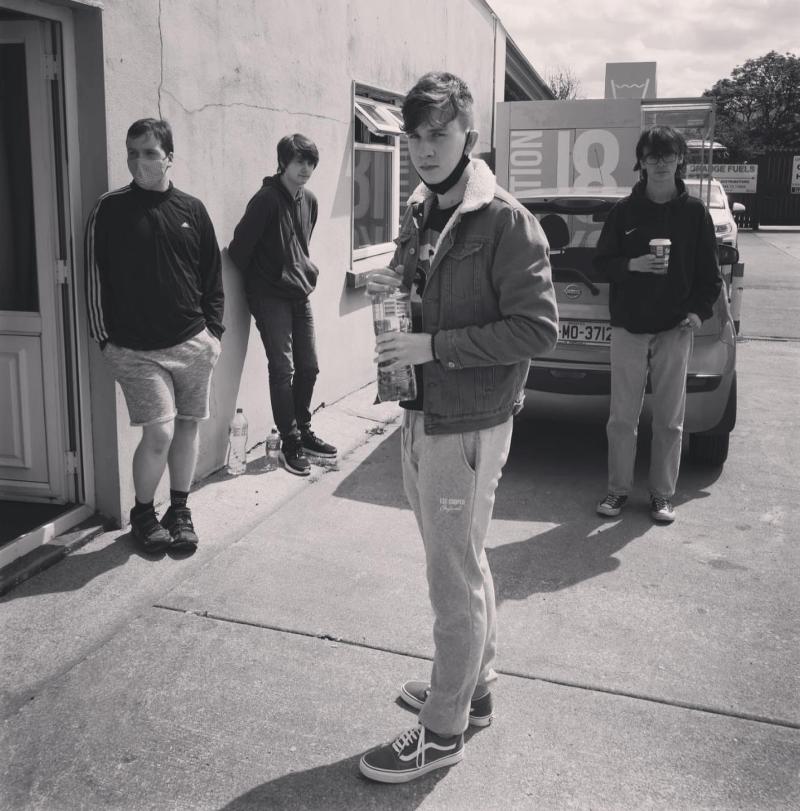 Roscommon rock and roll band, The Flies, have just released a new EP, ‘Back in the Garage’ on all streaming platforms, along with a music video for the track ‘Ignorance is Bliss’.

"We've been playing together for four years. We started off playing shows in local secondary schools and at small festivals and played headline shows in Sligo and Carrick-on-Shannon in the period before the Covid-19 pandemic. After our first EP release we also played lots of shows including one in Dublin supporting the inimitable Jinx Lennon. Our final gig before the lockdown hit was a support slot with The Stunning. We are dying for things to open up again fully so we can get back to doing what we have come to love so much - playing live (and having lives more generally)," said the band.

"Our new EP is our third to date and is titled ‘Back in the Garage’. It is available on all digital platforms. We recorded the basic tracks at The Blue Room Studio in Sligo and completed the overdubs and vocals at home in late summer, in a similar manner to how we recorded our last EP - ‘Looser’. We tried new things during the writing of this EP - we will consciously avoid the word “experiment” - but there are slower, more intimate moments on the record which we don’t think were there in previous releases."

The band say that their latest EP is influenced by Queens of the Stone Age, Teenage Fanclub, Bob Dylan, Nirvana, Sparklehorse and Sonic Youth amongst others.

"It is our first release of material that was written while enduring lockdowns - that very much felt permanent - over the last year. There is definitely a hopefulness to the record, but also a cynicism, particularly on the heaviest track ‘Lazy (An Excuse to Bleed)’ - which very much captures how we, along with many others, have felt during the course of this pandemic."

The tracklist is as follows: