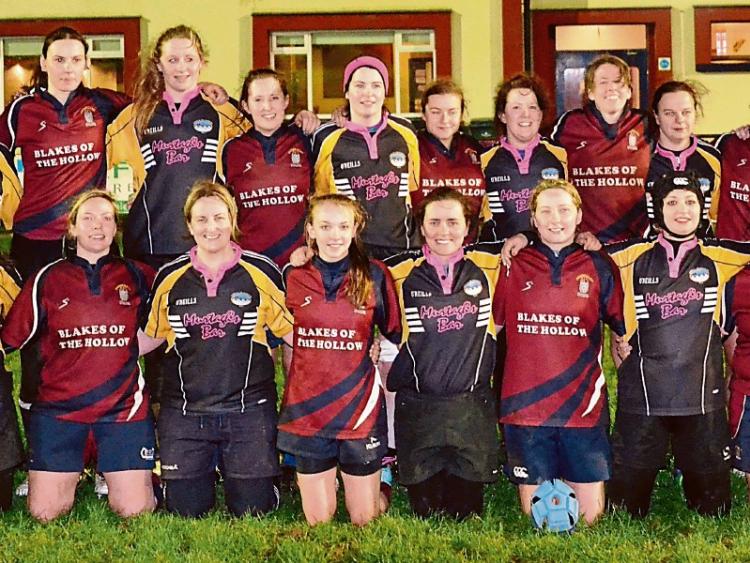 A draw against Ballina last weekend means Carrick RFC hold on to their position at the top of the league table. The Carrick team travelled to Ballina and despite a raft of injuries during the first half of play against a strong and youthful Mayo side, Carrick came away with a 3-3 draw.

Near-zero temperatures combined with driving rain and a muddy pitch made the fixture one of the more difficult ones Carrick have encountered so far this season, but in spite of the weather Carrick ended the first half of play with a 3-0 lead.

With strong forward units on both teams, the second half was memorable for Carrick's continuing endeavour in savagely difficult conditions. Carrick had to work hard to keep Ballina from crossing the line, but the strong capability of Carrick's defence helped them to maintain their lead well into the second half.

The experience and leadership of Carrick's front row was in evidence throughout the match but a late penalty for Ballina gave them a chance to find their way back into the game, resulting in a final score of 3-3.

U15 secure points against Ballyhaunis: Carrick U15s their second league game at a stage when they normally would be looking at their final run in. Inclement weather finds them with a back log of games and Ballyhaunis was worthy opposition in Sunday's game where conditions were difficult.

Carrick conceded an early try and were scrambling to keep their line in tact but they settled down and brought shape to their game and came back to score a try of their own, but yet again Ballyhaunis snuck in with another try to shake Carrick's nerve. Just on the stroke of half time Carrick put a barrage of pressure on their opponents resulting in them conceding several penalties which led to a penalty try for Carrick and also saw a yellow card for Ballyhaunis.

The second half saw Carrick come in to their own more and more, now shedding the cobwebs of the long break and saw them adding two more tries but they did let their opponents cross their line one more time but held out for what was a hard fought win. Credit must go to the whole squad who put in a big shift to grind out a great result. There will be a string of games to follow now and with more squad members to return we hope to keep the good work going.

Senior Ladies: Carrick Women's' Team kicked off the new year with an exciting away challenge game against Enniskillen RFC. This was the first time the team have played a competitive match since the return of ladies rugby as a single entity within the club. Well done to all players, experienced and new comers as well as the management team.

Training continues each Monday at the Carrick Sports complex at 8pm. Carrick women's team are always recruiting, if interested contact Michelle on 0871337212 and see our Facebook page.

Minis: Carrick Mini host Cregg's RFC on Saturday January 23, for the first home blitz of the season. Parents of U11 players are requested to assist Cathal and Trevor in organising and running the Blitz.