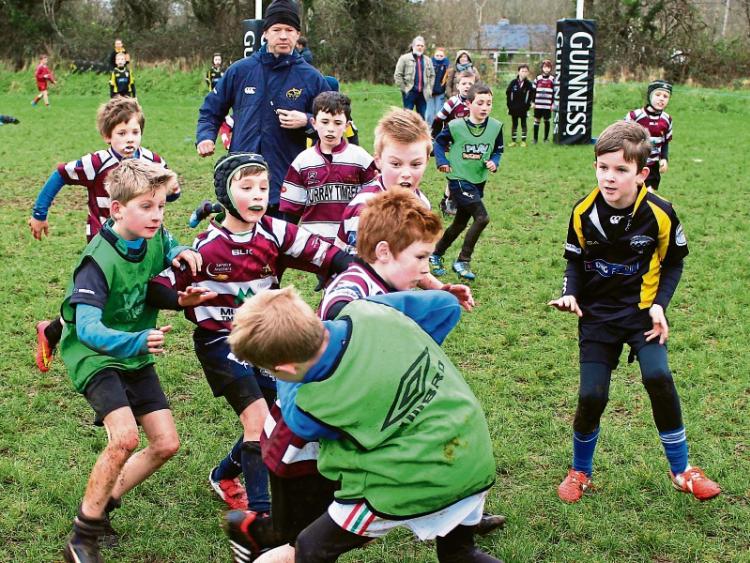 On Sunday last, Carrick Rugby Club, in conjunction with Connacht Rugby, were delighted to host the IRFU Safe Rugby course in the IWCA Centre, Carrick on Shannon.

The course was well attended with participants from Carrick RFC, Connacht Rugby, Carrick Town FC and parents from both the Mini's and Youth sections of the club.

Safe Rugby course was the perfect introduction to pitch side safety and was aimed at anyone specifically involved in the game of rugby but also open to anyone involved in other field sports.

This Level 1 course was specifically targeted at club and school coaches, players, referees and parents. The course included Basic Life Support/Advisory External Defibrillation training and certification by the Irish Heart Foundation as well as on pitch injury assessment and management.

One session deals specifically with concussion or suspected concussion, how to identify potential incidents, player safety, post match observation, seeking qualified medical advice and the IRFU return to play protocols. Following the course all participants were issued with a Safe Rugby certificate from the IRFU, both valid for two years.

Our thanks to the advanced paramedics Shane, Ian and Debbie who delivered the course material and practical training scenarios.

Carrick RFC were so delighted with the content and success of the Safe Rugby Course that it is now requesting expressions of interest from Club Members and parents of club members, to participate in this course, on a provisional date in May 2016.

Expressions of interest can be forwarded to minicrfc@hotmail.com titled ‘Safe Rugby Expression of Interest’, on a first come first served basis. This course will only be run, subject to demand. Places will be limited.

Minis: On Saturday last, the Carrick Mini Section had their first home Blitz of 2016. Creggs RFC were the visiting team and under the coordination of Coach Cathal McAuley and with the assistance of Coach Trevor Graham and the parents of the Under 11 squad, the Blitz proceeded, as usual to everyone’s satisfaction.

There was action on all the pitches and Carrick and Creggs got stuck into tackling, passing and scoring plenty of tries. The Creggs’ coaches were impressed with the standard of play from the Carrick teams and likewise could be said for the typical high standard of Creggs.

It was great to see the home pitch getting plenty of play from a field full of young players. When the games were all completed, the parents of the Under 11 squad provided catering for players, parents and coaches from both clubs, up the road at the IWCA Centre.

There, both home and visiting parents, players and coaches were able to chat and discuss the highs of the earlier games. A big thank you must go to all the parents that chipped in and provided food, assistance and helped out with the car park on the day to make it a great success.