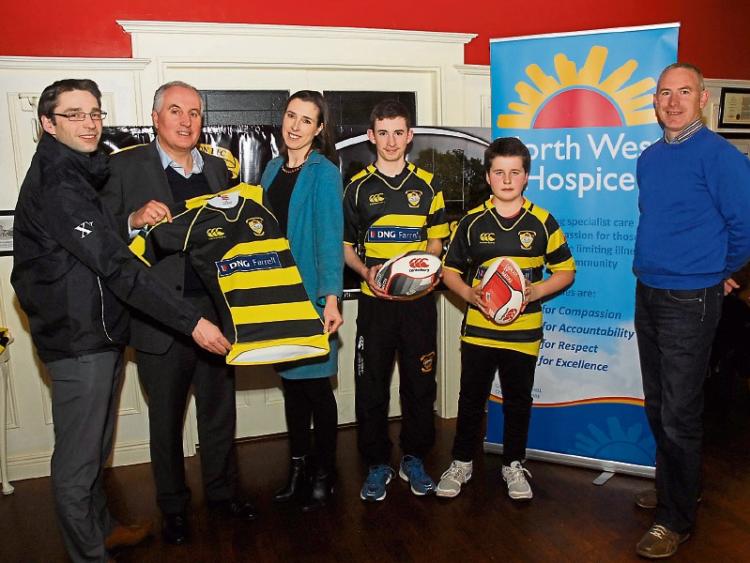 There was no joy for Carrick-on-Shannon Rugby Club last weekend when their U15 and U13 teams both exited Connacht Cup competitions.

Carrick U15s took to the road again to take on Division 1 team Ballina in the first round of the cup on Sunday.

On what was ideal conditions for rugby both teams served up a quality game of rugby, a bit like the Irish team on the previous day where the result might not have been the one we wanted but the performance on the pitch was brilliant.

Carrick were on the back foot in the early stages but played their way back into this cup game. Just as they were coming to grips with the opposition, Ballina scored a try and converted.

Carrick put pressure back on Ballina and got a return by way of a penalty. Ballina were taking no chances and took a shot at goal and unfortunately crossed the line just before half time, leaving a score line of 15-3 to the Mayo men.

The second half saw Ballina out score Carrick two tries to one and converted one of them. Carrick produced some of the best rugby of their season in the second half leaving their much fancied opposition in tatters by times. Carrick were unlucky also on a couple of occasions when camped on Ballina's line but eventually got through with Francis McGovern crossing the line. Paul Woods could not add to his earlier penalty kick, leaving a final score line of 27-8.

The score line definitely did not do justice to Carrick's proud and defiant display on the day but they can come away from this game with heads held high and proud of their display by each and every member of this squad, playing and testing one of the top teams in the province.

A sincere thanks to all supporters that made the long journey and to all the parents that brought players.

Carrick U13s edged out of Cup by Gort

Carrick-on-Shannon RFC U13s travelled to Gort last Sunday for their Cup game against the Galway side. It was a most competitive match, with the home said prevailing to secure a 28-21 win.

In ideal playing conditions, Gort consistently built up phases with a very mobile pack hungry for possession. This strategy, together with quick passing of the ball yielded success and further progress in the Cup Competition.

However, there was really nothing between both teams with Carrick looking capable of winning the fixture and moving forward in the Cup.

For Carrick, 'new signing' Kyle McCrann scored 2 excellent tries and Patrick Charles, having gathered the ball near his own try line raced the full length of the pitch to touch down for a superb score. All scores were converted by our own Johnny Sexton - Mark Lenehan!

Next up is the Shield Competition which Carrick look forward to with confidence based on today's excellent performance and narrow loss.

Presentation of Jerseys to Youth teams

As part of a Carrick RFC and Canterbury Ireland sponsorship deal, with the assistance of three local businesses and the players themselves, Carrick Youths were supplied with three sets of jerseys for the Under 15s, 14s and under 13 teams. Thanks to their generosity, the teams now have hard wearing, quality jerseys that they can feel proud of being part of their team and club. The jerseys are of the same design as the senior men’s team, which helps young players feel equally part of a growing club.

Presentation of Canterbury back packs:

Carrick on Shannon RFC are delighted to announce the sponsorship of Canterbury back pack by local business man Terry Casey of Casey Accountants Carrick-on-Shannon. Parents of registered Mini players are being asked to pay €10 when collecting the back packs. This money is going directly towards fundraising for an AED for the club and the local community of Keenaghan, Carrick-on-Shannon.

New members are always welcome to come along and try it out. For further details contact Michelle on 087 1337212

U10 Mini's play in Connacht Blitz in Ballina on Saturday March 5, U13's play Ballina away in first round of Cup on Sunday March 6. Men's Senior team have home advantage as they play Portumna in a top of the table clash at 2.30 on Sunday. Keep up to date on all news and fixtures by visiting CRFC website - www.carrickrugbyclub.ie , or follow us on Facebook and/or Twitter.