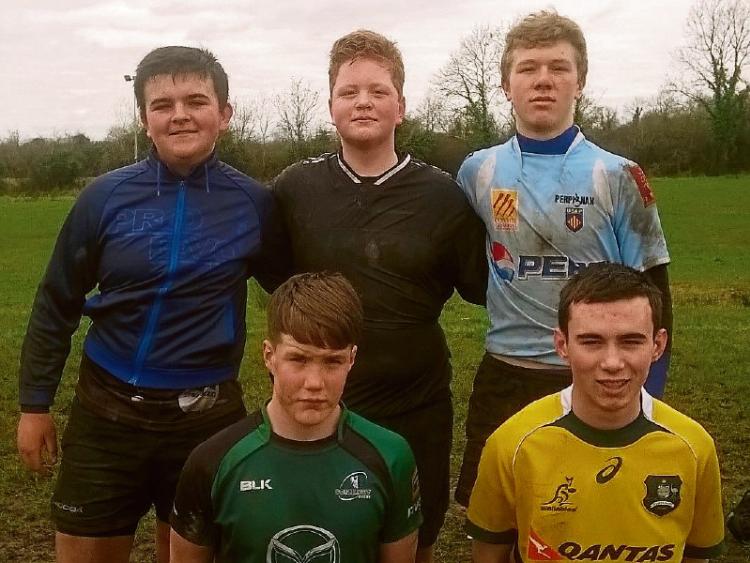 Carrick-on-Shannon Rugby Club are celebrating this week with the news that five of the club’s players have been selected for the Connacht U15 Development squad.

Cathal Gormley, James Óg Maguire, Robin Weaver, Matthew Earley and Paul Woods have been selected for the Connacht U15 Development squad in what is a huge breakthrough for the Carrick-on-Shannon Club.

We have started our production line here in Carrick-on-Shannon RFC with five lads now part and parcel of a Connacht U-15 development squad, mixing and matching with the best from other clubs in Connacht.

Once they had to check the map where we were, now they check to see how much we can help them along. We have now got Carrick RFC in a position where we can send lads and ladies to represent us at any level. Our own Shane Layden representing us at Ireland 7-a-side level at the moment.

This is a great testimony to the coaches that have worked so hard down through the years, some still with us, some now departed. The great thing is that we can never stand still and what we want to do is harness the huge talent and potential that is here in Carrick RFC and bring it forward to a higher stage.

All we can we can say is best of luck to James Óg, Robin, Paul, Cathal and Matthew and the all the lads making the huge commitment that is getting them across the finish line. We know that ye can and will do it.

U11: Carrick U11 team participated in the Connacht U11 Blitz in Athlone on Saturday. They played four games in total. Carrick were slow to get started against Ballina A but came back strong in the second half. Next up was Loughrea and the Carrick team had a well deserved win.

The last two games against Ballinasloe and Corinthians A were very tough encounters for our squad who had very fast turnarounds between the games.

Overall it was a excellent team performance in all four games and the team made the coaches and parents very proud. The event was very well organised by Buccaneers and the children had a great day which was followed up with a great win by Ireland.