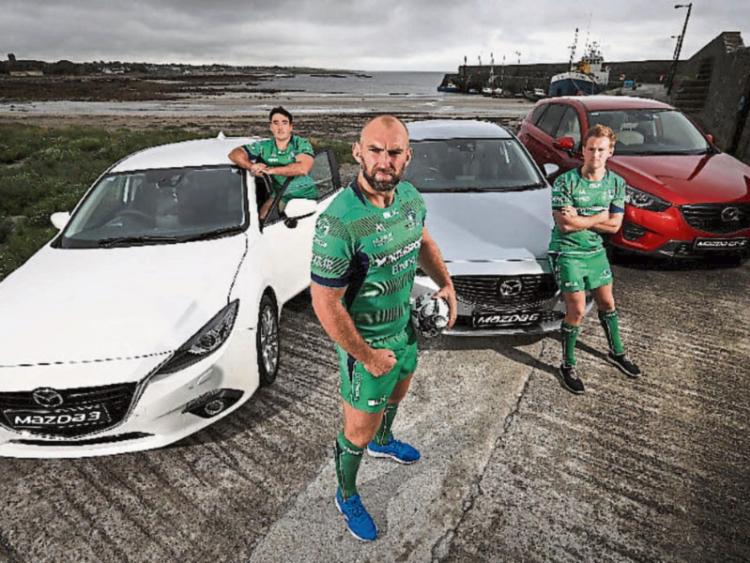 Mazda Ireland is pleased to announce the continuation of its sponsorship of Guinness Pro12 Champions, Connacht Rugby.

Mazda has been a long standing partner of Connacht Rugby as both title and official car sponsor over the last six years and is truly proud of the well-earned success that Pat Lam and the team in Connacht Rugby have achieved so far in 2016.

Mazda is also pleased to announce that the successful Mazda & Connacht Rugby Clinic will return for a bumper one-day event in Carton House, Co Kildare on Sunday, October 9. The Rugby Clinic, sponsored by Mazda Ireland, will be a fantastic opportunity for young rugby enthusiasts to practice and finesse their skills with some of Ireland's top players. As well as getting the chance to meet with the current Guinness Pro12 champions the day will also feature prize give-aways and for parents, the complete 162 Mazda range will be available to test drive, including the current world car of the year - the Mazda MX-5.

“I am really happy that Mazda's Rugby Clinic will be returning to Carton House later this year - for young rugby fans, an opportunity to play and train with players that have been through it all offers them an invaluable learning experience the will enhance their enthusiasm and skills no end."

As official car sponsor, Mazda will work closely with Connacht Rugby during the 2016/17 season to develop marketing activities and fan engagement which will help drive support for Connacht Rugby across the province.