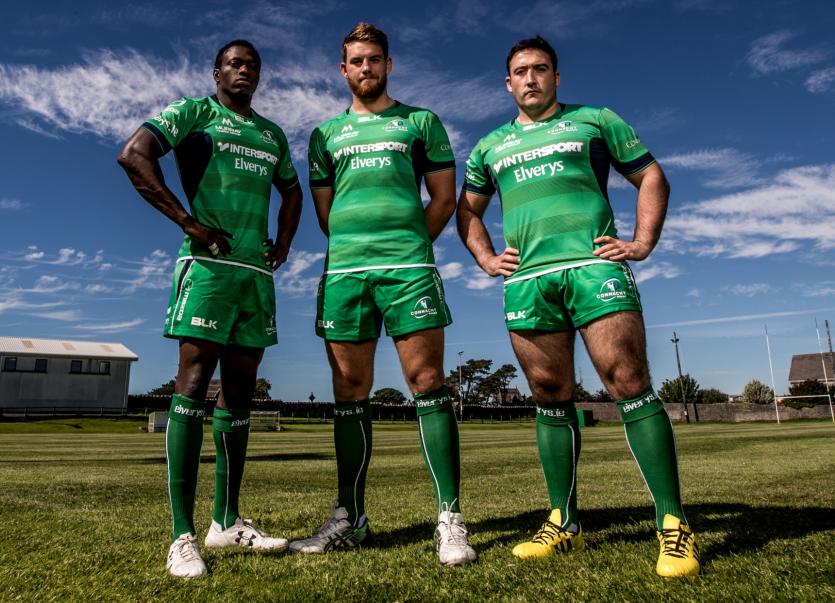 The Connacht team to face Ulster tomorrow, Friday, in the first inter-provincial clash of the season has been named. Head coach Pat Lam has had to make six front-line changes from the side that secured a bonus point victory over Edinburgh six days ago for Friday's game in the Sportsground, KO 7.35pm.

Last week's try scorer Cian Kelleher will start on the left wing in place of the injured Matt Healy. Peter Robb and Kieran Marmion both failed a late fitness test prior to the captains run today having picked up knocks in the last round. At inside centre, Craig Ronaldson will now make his first appearance of the season following his return from long-term injury while Caolin Blade starts at scrum half.

Up front, hooker Dave Heffernan has been handed his first start of the season in the absence of the injured Tom McCartney. With Denis Buckley ruled out, returning Ireland international Finlay Bealham comes in at loosehead while Conor Carey remains at tighthead after having made his debut against Edinburgh last week.

Galway man Andrew Browne returns from injury to make his first appearance of the season and partners Ultan Dillane in the second row. Quinn Roux is unavailable this week having picked up a knock while training with Ireland earlier in the week.

Changes to the replacements bench see Shane Delahunt in line to make his season debut while uncapped, Academy scrum half Steven Kerins and new arrival and utility back Stacey Ili have been named in their first match day squads.

20-year-old Kerins, from Sligo, has been training with the senior squad since pre-season having impressed with the Ireland U20's side in June's World Rugby U20 Championship.

Commenting on the team selection and the upcoming game, Pat Lam said:

"We've been hit with a good few injuries to our senior squad this week, and have had to make changes to the side as late as this morning. Despite all the different disruptions, we are all really excited by the challenge we face at home against Ulster.

"Ulster are a well-coached side with quality players across the park. We know they will come here full of confidence after the start that they've had and will be targeting this game to continue their impressive run.

"As long as we continue our day-to-day improvement in team performance, we will give ourselves a chance to get the points on offer."