Two out of three for Carrick-on-Shannon RFC 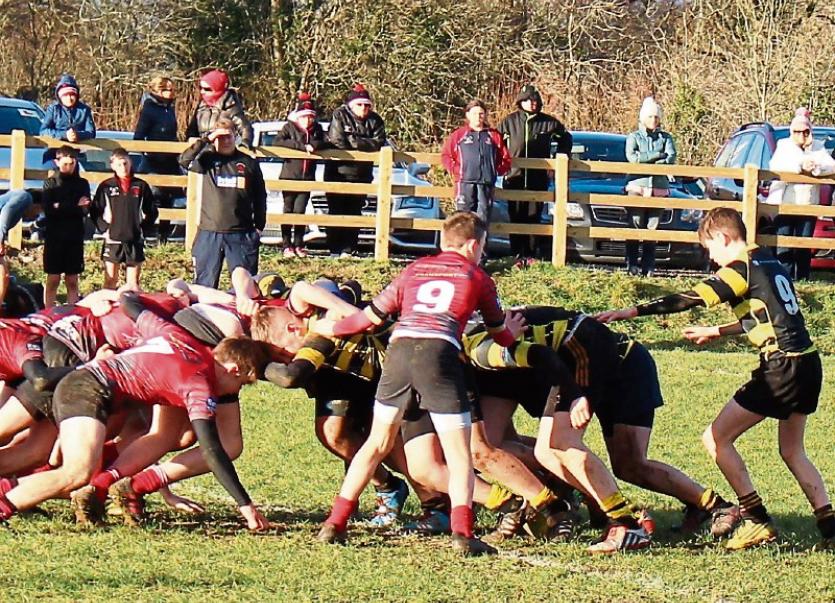 Carrick-on-Shannon Rugby Club’s underage teams claimed two wins out of three last weekend with a narrow loss at U15 level.

Carrick hosted Loughrea in their penultimate game of the 2016/17 U14 League and came away with a 29-17 victory.

Loughrea opened proceedings with an unconverted try which didn't help Carrick's confidence who were depleted by a viral infection which left them without four of their regular panel.

Carrick replied with a splendid Kyle McCrann try converted by the ever consistent Mark Lenehan. Loughrea replied with their own try but didn't convert the score.

Carrick dug deep and showed discipline & character as the game progressed with tries by Oisin Curley, Niall Crowe & Hedd Morgan. Mark Lenehan converted three out of four and slotted over a penalty.

A most enjoyable game which highlighted the true potential of this Carrick side.

Carrick U15s entertained the Connacht ‘A’ League Leaders Claremorris at Keenaghan last Saturday, going down to a narrow 22-17 loss.

In one of the best games of rugby seen in Carrick in a long time this match had everything, great runs, crunching tackles between two teams that went out to play open running rugby.

Carrick conceded an early penalty but bounced back with a wonderfully timed intercept try by Ruairi King under the posts.

Claremorris responded and after ten minutes of sustained pressure scored a try and then shortly before half time went over the line again leaving the half time score 17-7.

Chasing the match, Eoghan Matthews made a wonderful sniping run from a scrum and grubber kicked the ball for a chase to the line as Claremorris were caught wrong footed. In the ensuing chase Matthews was tackled without the ball conceding a penalty which McLoughlin converted.

Carrick continued to press but were unable to get over the line one more time and in the end Claremorris won out by a score line of 22-17.

Great credit has to be given to the Carrick team with Sean Nee, Jack Murphy, Adam Langan, Ashley Maziya, Cian Singleton and Josh Young making great runs and tackling like demons. The players man of the match went to Josh Young.

Tuam were the visitors to Carrick on Sunday for the Connacht U16 Development League where the home team had to win to keep themselves in contention for a place in the League final and they duly delivered with a 40-0 victory.

Wet conditions were the order of the day and Carrick made a slow start but once they focussed on the job, the tries started coming. Matthew Earley led by example by taking a quick penalty and steaming over the line. Another try soon followed by James Maguire with both tries converted by Paul Woods leaving the half time score 14 - nil.

In the second half, Carrick got four tries scored by Cathal Gormley (2), Liam Phelan and Liam Taylor with Woods converting three to leave the final score 40 points to nil.

Youths training continues each Sunday morning from 10:30 to 12:30 at Carrick RFC facilities in Castlecarra.