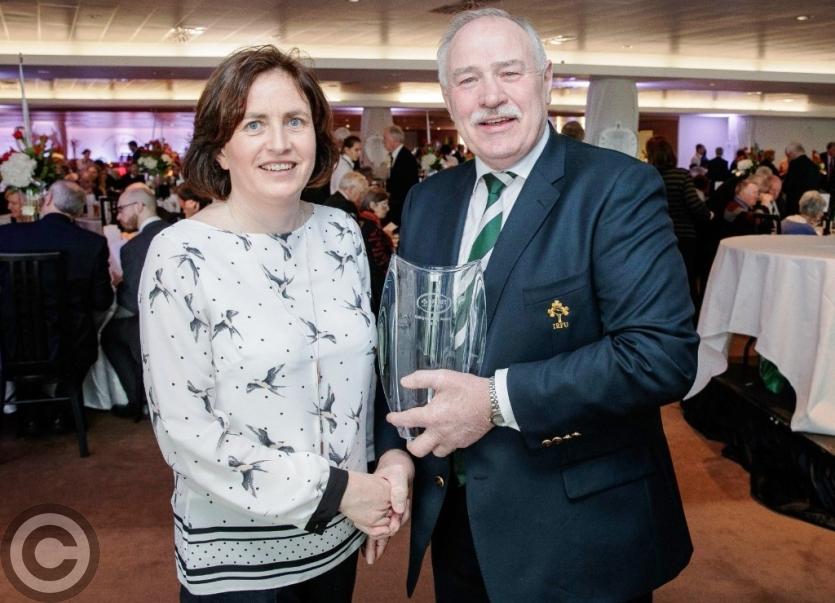 Carrick-on-Shannon Rugby Club recently received a prestigious “Spirit of Rugby” award from the IRFU to recognise their outstanding work in the area of Safeguarding.

Carrick RFC President Peter Layden and Club Welfare Officer Maeve Lenehan were invited to the Aviva Stadium on Saturday, February 10, where Maeve received the award from Philip Orr, IRFU President, at a pre-match lunch. Afterwards, they watched the Ireland vs Italy game from the comfort of the President’s Box.

The “Spirit of Rugby” initiative was launched last September by the IRFU with the aim of supporting players, coaches, volunteers and parents. It’s primary purpose is to educate those within the game about their rights and responsibilities both on and off the field.

The aim of the Spirit programme is to embody and promote the core values of the game – Respect, Inclusivity, Integrity, Fun and Excellence. Safeguarding of minis and youth players is also a TOP priority, ensuring that players develop to the best of their ability in a safe and fun rugby environment.

Congratulations to Maeve and all at Carrick-on-Shannon RFC for the great work carried out in the area of Child Welfare.