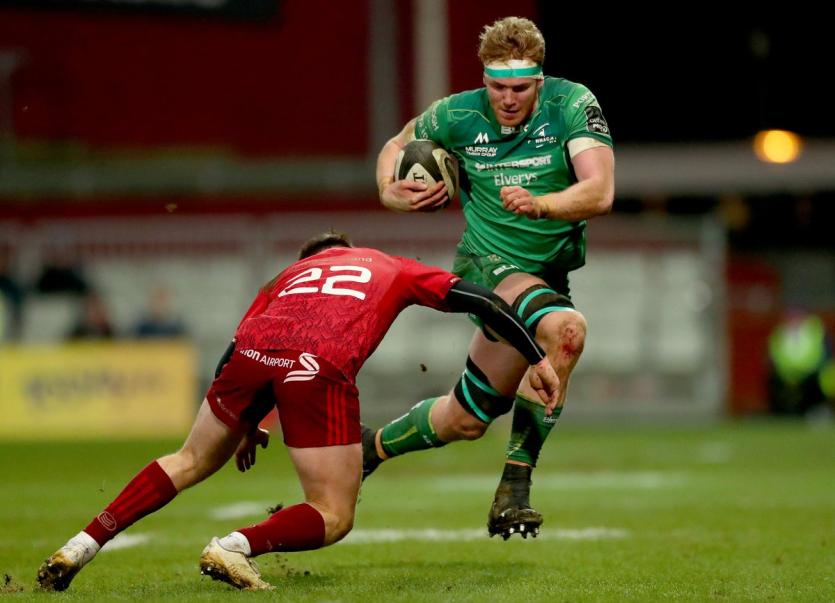 Connacht Rugby and the IRFU are pleased to announce that Academy players Cillian Gallagher, Conan O’Donnell and Peter Claffey have all signed senior professional contracts with the province for the 2018/19 season.

Gallagher and O’Donnell’s development closely reflects the impressive growth of the game in the wider Sligo region, driven by the greater work of Sligo RFC, Summerhill College and Sligo Grammar School.

CONTRACT SIGNINGS | We are pleased to announce that Academy players Cillian Gallagher, Conan O’Donnell and Peter Claffey have all signed senior professional contracts with the province for the 2018/19 season.#GrassrootstoGreenShirts

O’Donnell’s rise through the ranks at club and school level was rewarded with an academy contract with Connacht Rugby, with the prop making his debut for the Connacht senior side in the PRO12 winning season in 2016. He has since gone on to make a total of nine senior appearances in his three years in the academy system.

Lock Cillian Gallagher is another product of Sligo RFC and has signed his first professional contract after a two year term in the academy. He made his debut for the senior team at home to Worcester Warriors in the European Challenge Cup in October and has gone on to make five appearances in total this season.

Portumna native Peter Claffey is a lock who also has a bright future having graduated through the underage system in both Ballinasloe RFC and his school, Garbally College. Both club and school have been long time developers of young talent and Claffey’s development is a continuation of their great work at grassroots level within then province.

Commenting on the contract signings, Connacht CEO Willie Ruane said: “The development of players from our club and school system and through our academy is essential for the future success of Connacht. We are delighted that three more players are making the step up to full time professional contracts next season. Our vision of Grassroots to Green Shirts sets out a clear strategy of developing home grown players through the structures in place in the province. All three have come through that path and they will be an important part of the senior squad next season.”

Welcoming the signings, Connacht Head Coach Kieran Keane said, “It is great to see three players from the province making the step up to the senior squad. All three have been integrating into the senior squad training this season and we have been impressed with the progress they have made. Their development to full time professional contracts is a credit to the work being done at club and schools level throughout the province.”