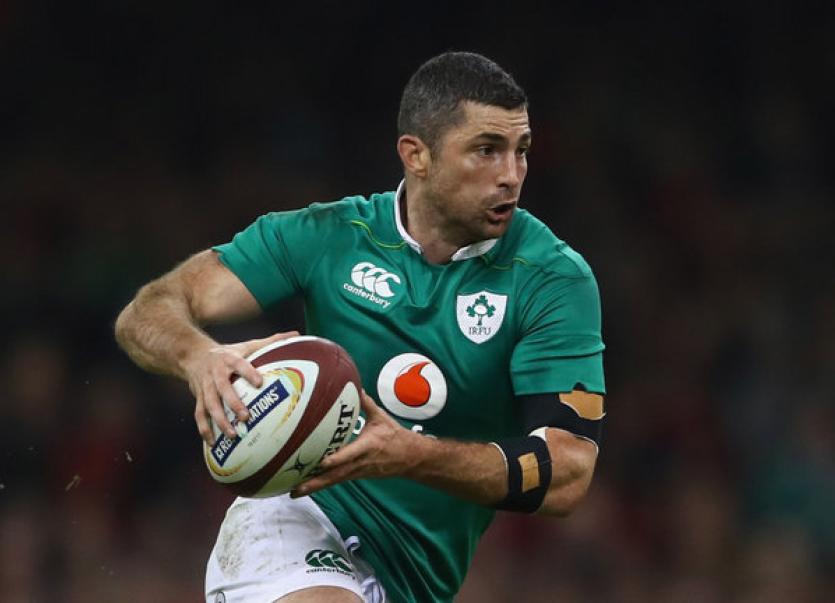 Ireland and Leinster fullback Rob Kearney has signed a contract extension with the IRFU through to November 2019.

Rob made his Ireland debut against Argentina in June 2007 and has won 83 caps for Ireland scoring 13 tries and a conversion.  He started every game of the successful 2014 and 2015 championship campaigns as well as every game of the 2009 and 2018 Grand Slam seasons.

Injury denied him the chance to tour in 2016 but he returned in the green shirt in November of that year to play a key role in Ireland’s victory over New Zealand at Soldier Field.

At Leinster he has made a massive contribution to the on field success with three Heineken Cups, an Amlin Challenge Cup and three Pro12/Celtic league titles and was named ERC Player of the Year in 2012.

Rob made his competitive senior debut for Leinster against the Ospreys in September 2005 and has since made 193 appearances for Leinster scoring 223 points.

IRFU David Nucifora said,  "Rob has continually illustrated his value to Irish rugby over a stellar career and in his eleventh season in a green jersey has produced stand-out performances.  He is a leader and a fantastic example to young professionals at Leinster and with the national squad."

Commenting on the new contract Rob Kearney said; "I am delighted to have extended my IRFU contract and look forward to continuing to achieve with this Ireland squad. There have been some fantastic days for both Ireland and Leinster over the course of my career and there is huge potential for growth in both squads as we look to build and develop and challenge for honours."