Earley tries on the double for Connacht Rugby 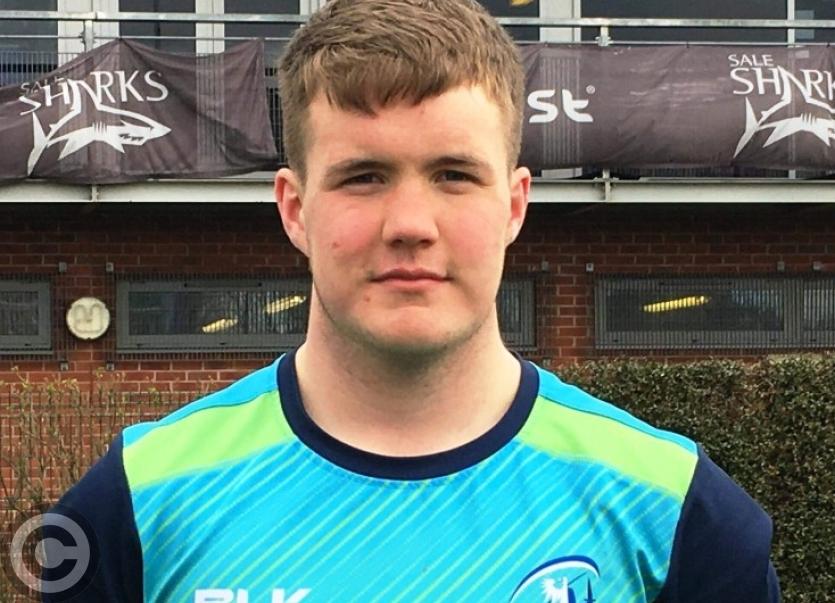 Carrick Rugby’s Matthew Earley continued his journey through the underage ranks of Connacht Rugby with his selection for their Under 17 Squad tour of North Wales last week.

Connacht were without Shane Jennings and Darragh Murray, called up to the Irish Under 18 Squad for two games against Canada last week, but they made light work of the North Wales side with a comprehensive performance running in nine unanswered tries in Colwyn Bay on Thursday.

In the provinces second game on Saturday, the short journey to Manchester resulted in a tougher encounter with the English side Sale Sharks. Two early Sharks tries and the loss of another player to a broken leg mid way through the first half could have been disastrous for the westerners.

But a three try rally in the second half, with Earley contributing two of those touchdowns saw the side in green put their stamp on proceedings, although still on the losing side on a scoreline of 38-22, a late Sale try against the run of play putting a undeserved gloss on the scoreline at the death.

While the Connacht squad is drawn from the clubs and schools across all five counties in the province, Earley who reached the Connacht Senior Cup Semi Final with his school Sligo Grammar School this season, is the only player from Leitrim at this level with the province.

With the U18 Rugby Inter Provincial championship scheduled for later this summer, it will be a busy summer for the Leitrim Village player.

A dual sport star, his attention now turns closer to home as a member of Gene Bohan’s Leitrim U17 Gaelic Football squad for this year's championship which kicks off in a months time with a trip to face Mayo and features five games over the Summer.