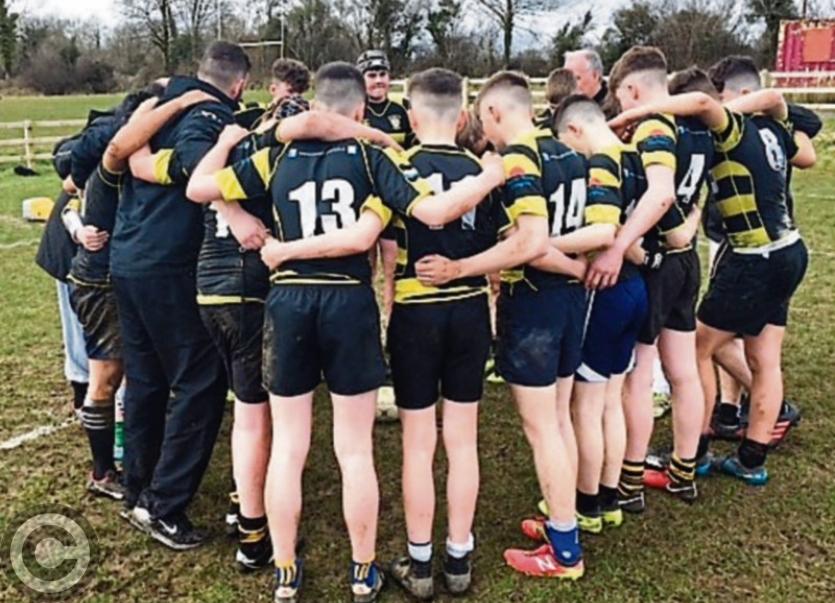 Members of the Carrick U15 after their victory over Loughrea

Carrick-on-Shannon produced a superb display against Loughrea to advance to the next round of the Connacht U15 Plate.

Carrick hosted Loughrea last Saturday in a replay of a previous drawn game in Loughrea and in ideal playing conditions, the home team stamped their authority on the game within the first minute of kick off.

Having gathered the ball and quickly feeding it out to Carrick’s try scoring machine, Kyle McCrann, who went wide and sprinted down the pitch for an opening try, ably converted by No 12, Mark Lenehan.

Within a short period, McCrann followed through with another try having cut through Loughrea’s defence with ease.

In total, Carrick scored five tries, three from Kyle McCrann and one each from Mark Lenehan and Oliver Charles, Lenehan also kicked over two conversions.

Loughrea were outclassed on the day with Carrick’s pack dynamic and unrelenting throughout the game. It was difficult to single out any forward as each player gave more than 100% and in particular, Sam Rodden’s contribution was outstanding.

Carrick’s half back pairing of McKiernan and Farrell played a very tactical game with clever kicks and deft passing which feed to playmaking centres Mark Lenehan & Phelim Flynn who were faultless.

With Bosquette and McCrann on the wing coupled with Oliver Charles at full back, the Carrick backline had pace aplenty and were devastating with ball in hand.

Undoubtedly one of the best performances from this talented squad in terms of cohesive team play with strong defence and clinical attacking plays.

Carrick travel to Galway next weekend where they play NUIG in the next round.