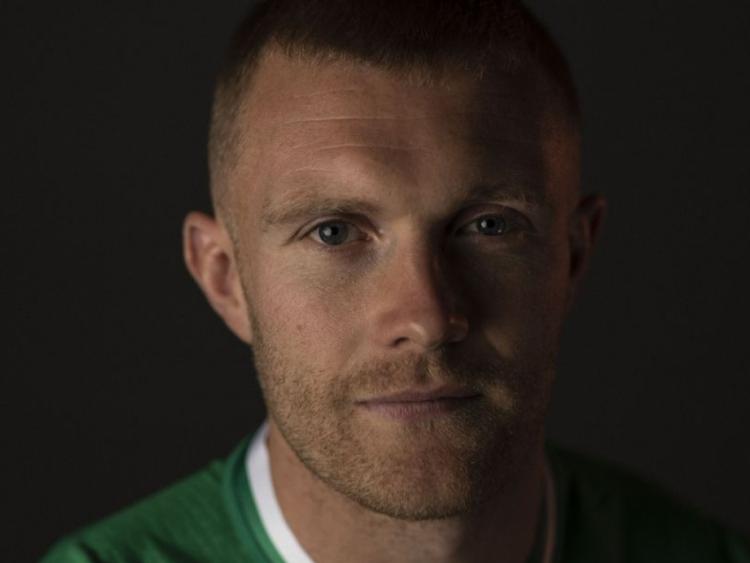 There is no Johnny Sexton, but Ireland coach Joe Schmidt has otherwise named a strong starting team for Saturday’s Pool A match against hosts Japan in Shizuoka.

Experienced full-back Rob Kearney and seasoned winger Keith Earls, pictured, return after missing the emphatic victory against Scotland on Sunday. Schmidt shows the hosts maximum respect by retaining all of the front five who were so dominant in Yokohama.

Fly-half Sexton, who was substituted early in the second half against Scotland when struggling to kick at goal, is not risked. With a quarter-final against South Africa highly likely, Ireland are clearly intent on ensuring their first-choice No.10 is fit and available for the knockout stages.

"Johnny is a guy who plays really well fresh," Schmidt said at Thursday’s team announcement. Sexton gives way to his replacement in Yokohama, Jack Carty. The Connacht fly-half will make only his second test start and lines up alongside Conor Murray, who was back to his majestic best against Scotland after a dip in form this year.

Joey Carbery, widely regarded before the tournament as the preferred back-up to Sexton, is likely to make his Rugby World Cup debut after being named on the bench. Carbery has recovered from an ankle injury sustained in Ireland’s first warm-up game against Italy on 10 August and could have a major part to play in the campaign.

"We have left a couple of guys out who trained on Tuesday but not fully," Schmidt said. "We wanted to give Jack Carty as much certainty as possible so we told him on Tuesday that he would be starting.

"We hope it’s going to be a cohesive performance. It’s going to have to be against Japan because we know how good they can be."

Inside-centre Chris Farrell, who replaced Bundee Aki early in the first half when the latter failed a head injury assessment, stays in the team, with the rejuvenated Garry Ringrose outside him.

Farrell may be a more natural 13 but after winning a tight selection call to make the plane to Japan, he impressed hugely against Scotland and has a real chance of nailing down a starting place.

Aki is not risked but Peter O’Mahony, who also went off against Scotland after failing a HIA, is included at blindside flanker. Both O'Mahony and Aki were given the all-clear in subsequent HIA tests this week.

Number eight Jack Conan, who impressed off the bench in Yokohama, misses out on the 23 after Schmidt said he had had his foot stood on at training this week.

Second-row Iain Henderson, outstanding against the Scots, will win his 50th Ireland cap, alongside rising world star James Ryan. At 23, Ryan is winning his 21st cap. His second test was in Japan back in June 2017, in a game Ireland won 35-13.

Schmidt also showed his faith in the starting front row against the Scots, with Cian Healy, Rory Best and Tadhg Furlong packing down together as a starting trio for the 15th time.

Best, 37, and Healy, 31, were also part of the front-combination - alongside Mike Ross - who started 31 test matches together for Ireland from 2011 to 2015, a record in the professional era for any country.