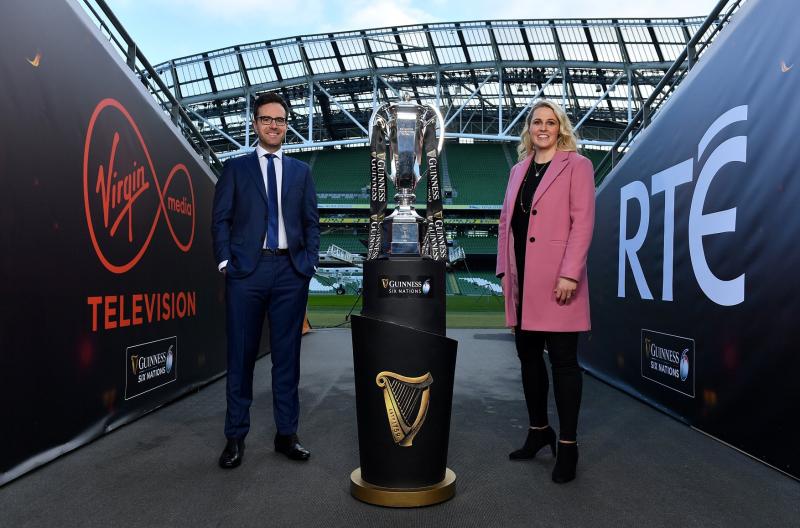 The partnership will see all matches in the Guinness Six Nations equally aired across both broadcasters, showcasing the agonies and ecstasies of rugby’s greatest championship. Ireland open the 2022 edition of the Championship on Saturday, February 5 against reigning champions, Wales. Then on March 26 the Women's Six Nations begins with current title holders England taking on their age-old rivals Scotland.

Commenting, Dee Forbes, RTÉ Director General said: “There's always great excitement among sports fans at this time of the year about the start of the Six Nations Rugby action and more so this year with all three tournaments - Men's, Women's and Under-20s - being available, free-to-air, on RTÉ and Virgin Media Ireland. We are delighted to have the Guinness Six Nations back on RTÉ and we are looking forward to bringing great coverage and analysis of all three Championships to audiences across our services."

Paul Farrell, Virgin Media Television Managing Director said: “This unique partnership puts sport and rugby fans first and we’re delighted that this historic agreement ensures that the Six Nations Rugby, across Men’s, Women’s and Under 20s competitions will continue to be available to Irish audiences on free-to-Air Television."

RTÉ’s comprehensive Six Nations Rugby coverage of all 45 matches across the three tournaments includes exclusive free-to-air matches on RTÉ2, RTÉ Radio and RTÉ Player, while RTÉ.ie/Sport will have minute-by-minute match coverage alongside news, analysis and interviews and on @RTErugby. Against The Head returns with the latest news and discussions on Monday nights on RTÉ2 and RTÉ sport will bring fans closer to all things Six Nations on The RTÉ Rugby Podcast. RTÉ News will have the latest coverage around the Six Nations, including updates on the RTÉ News Now app.

Fans will also see a new Six Nations promotional campaign, created by RTÉ and Virgin Media Television broadcast on both channels, a first for both stations.