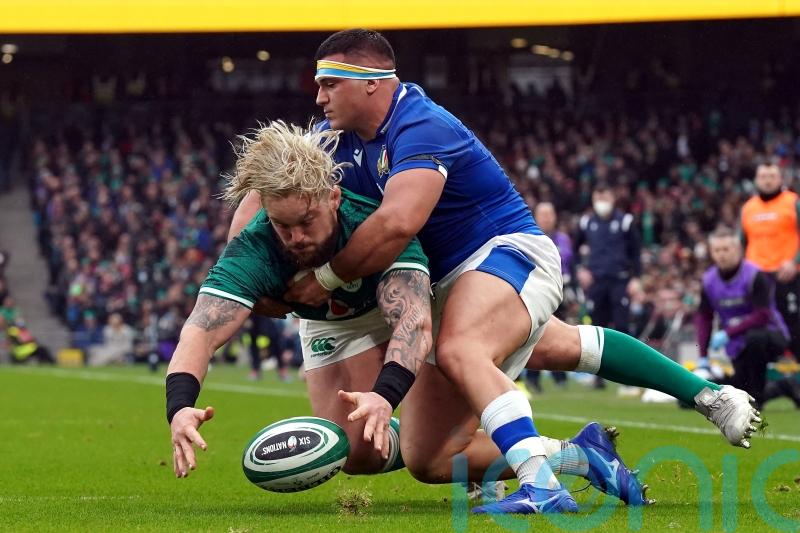 Ireland prop Andrew Porter has been ruled out of the remainder of the Guinness Six Nations due to an ankle issue.

The 26-year-old limped off early in the second half of Sunday’s 57-6 win over Italy in Dublin.

Ireland return to action away to title rivals England on Saturday, March 12 before completing the championship seven days later at home to Scotland.

Leinster player Porter has been in fine form for Andy Farrell’s side, successfully switching from tighthead to loosehead this season.

He is the second member of the Irish front row whose Six Nations campaign has been ended by injury after hooker Ronan Kelleher sustained a shoulder problem in the round-two defeat away to Grand Slam-chasing France.

The Irish Rugby Football Union has confirmed Porter – who was selected by the British and Irish Lions last summer only to miss out due to a toe issue – will return to his province for medical treatment following the results of his scan.

Leinster’s Cian Healy and Munster’s Dave Kilcoyne are in contention to replace Porter at Twickenham, having each featured off the bench during the tournament.

Speaking of Porter’s injury immediately after the Italy game, head coach Farrell said: “He went over on his ankle slightly. He was running it off and he would have been able to carry on but we thought we’d get him off at that stage.”