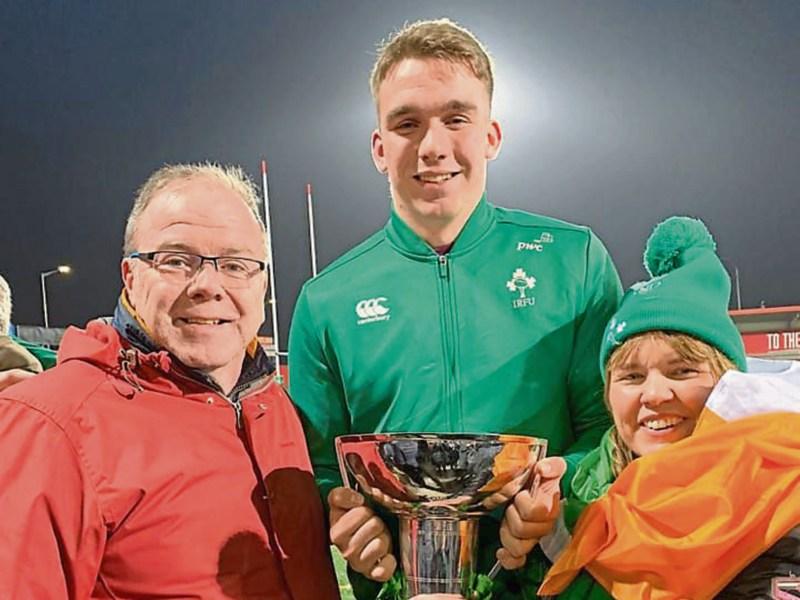 Ireland U20s completed the remarkable feat of completing the Grand Slam with a comprehensive win v Scotland 59-05 on Sunday. Obviously it means a lot to everyone in Longford RFC and Bornacoola, as our own Shane Mallon started the first two match against Wales and France. Unfortunately, Shane did not get a run in the remaining three games but played really well in the first two games and was a very important part in the Grand Slam. Well done to Shane & the Ireland U20s.

Longford Senior Men kick off their Provincial Towns Plate campaign this Friday under lights at 8pm against Edenderry. Weekend games under lights are always a good occasion and it would be great to see some good support in CPL Park. Boyne await the winners of the match in the next round. The Senior Men’s 2nd XV travel to Cill Dara on Saturday to take on the Kildare team in the second round of the Provincial 2nds Cup. Travelling support would also be appreciated.

Longford Senior Women took on Portlaoise in the first round of the Paul Cusack cup in CPL Park on Sunday. Longford started strongly, trying to move Portlaoise around the pitch. It was a tight opening 20 mins with both teams giving it all. But it was Longford who scored first with a great try scored by Leanne Keegan.

Longford then had to soak up a bit of pressure after the kick off but they were working very hard in defence to keep out Portlaoise with Maria Kelleher and Rebecca O'Hara stealing a lot of ball on the ground. This put Longford on the attack again but they just couldn't get through the strong Portlaoise defence. The away team were next to score with a penalty putting the score at 5 to 3. Just before half time Longford were down to 14 with a yellow card for a high tackle but they still managed to keep Portlaoise from scoring.

Longford were much better in the second half with the forwards taking on a lot more ball around the rucks a creating space for the backline which lead to Maria Kelleher scoring under the posts with Emma Dardis adding the 2 points. Portlaoise were struggling to cope with the pace of Longfords play and its wasn't long before the home team scored with a fantastic team try with the forwards starting the move and the ball was passed out the backs for Leona Hoare to use her footwork to get in for the 3rd try. Longford managed to finish off the game in control and won 17 to 8. They now have a weekend off before taking on Wicklow J1 on April 3, at home.

Well done to all the players, parents and coaches who braved the elements in the Longford St. Patrick's Day parade putting on a great display and winning the best sports club award.