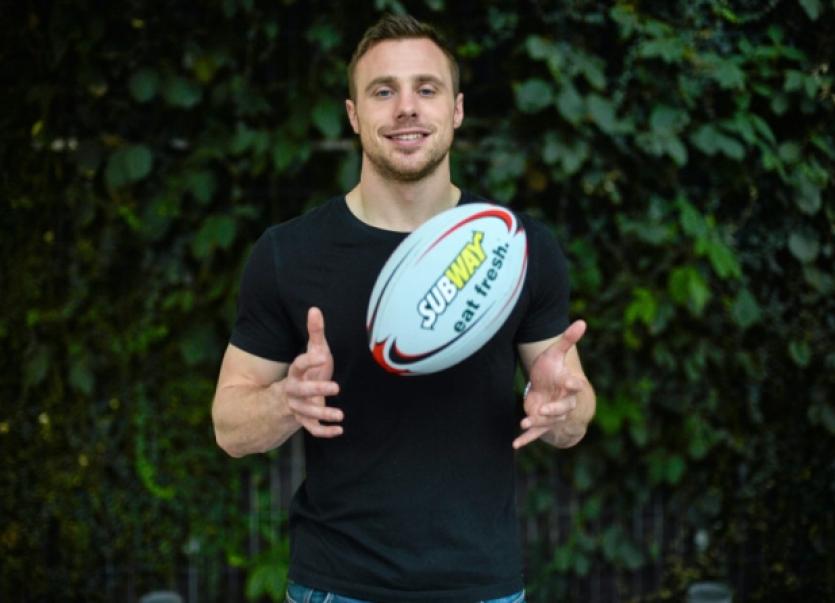 Carrick-on-Shannon RFC has been chosen as the Connacht winner of the Subway stores #TrainwithTommy competition.

Carrick-on-Shannon RFC has been chosen as the Connacht winner of the Subway stores #TrainwithTommy competition.

The club will benefit from a training session with Subway Famous Fan Tommy Bowe in their home ground later this year. A nutritionist will also be on hand to provide advice and tips to help with the team’s training and performance.

The team will then share a Sub with Tommy, with lunch courtesy of their local Subway store on Bridge Street, Carrick-on-Shannon. The club will also receive €1,000 worth of rugby gear to kick start the rugby season and they’ll get a team picture with Tommy to remember the day.

Hundreds of entries were received for the competition which called on rugby, tag teams and schools to upload a picture or video of their team and explain in 250 words why they needed a training session with Tommy Bowe.

The men’s rugby team were the stars of Carrick on Shannon RFC’s submission which gave the judging panel a taste of the work the club has done to grow rugby in the region. In the last number of years the club has introduced rugby to new players with little or no experience and has quickly developed a well-respected, hard hitting and committed team.

Jason Roddy, who submitted the entry on behalf of the Carrick on Shannon RFC commented, “We are absolutely delighted to have won the chance to Train with Tommy. We have just finished developing a new rugby pitch and are hoping that this session with Tommy will further help to push players on and grow rugby in the area. We are really excited about Tommy coming to the club and would like to say a huge thank you to the Subway brand for making this possible and giving us €1,000 worth of gear for the club“.

Local Subway store franchisee Dan Hepsley said “There were some excellent entries into the competition this year but I am delighted to see that my local club Carrick on Shannon RFC have won this fantastic prize!

“The Subway brand is very proud to have Tommy Bowe as one of our Famous Fans and I’ll be looking forward to welcoming him to Carrick-on-Shannon later this year”.

For more information on Train with Tommy visit www.Independent.ie/TrainwithTommy.