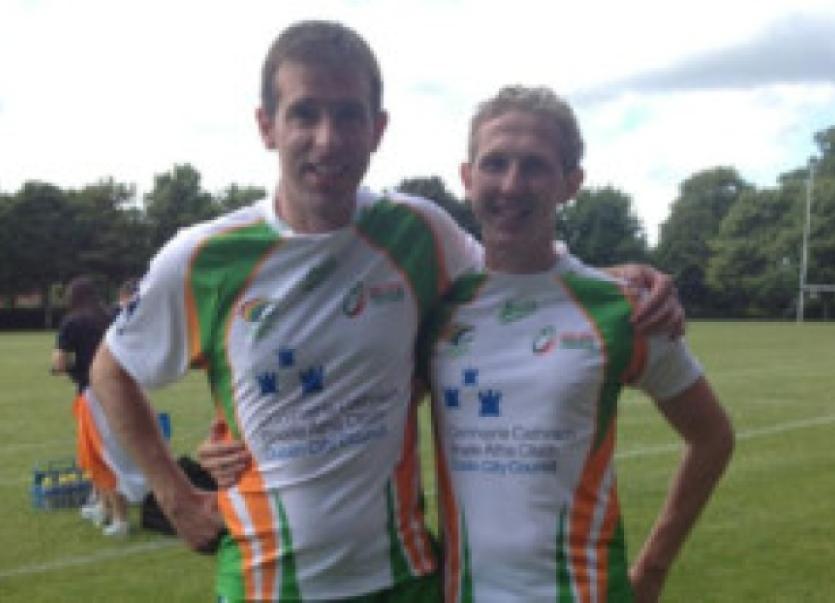 Two Leitrim men based in Galway made their international debut last weekend as they were member of the Irish Touch Rugby team.

Two Leitrim men based in Galway made their international debut last weekend as they were member of the Irish Touch Rugby team.

Albert College Park in Glasnevin hosted the 2013 Home Nations Championship with Dermot Clancy from Glencar and Denis O’Connor from Lurganboy both part of the Ireland Over 30s mens team which took on England and Wales for the title.

The Galway-based squad have been training and playing 3-4 times a week for the last three months in preparation. Touch rugby is a sport which is very much in its infancy in Ireland with little more than 200 regular players around the country.

In this country, tag rugby rules the social sporting spectrum but this could soon change. Touch is a non-contact version of rugby but it offers a faster, more fluid game and demands better skills, teamwork and fitness.

Dermot & Denis got involved in touch when a league was set up in Galway late last year. Due to the success of this venture, Galway was given the opportunity in March to hold trials and training for an Ireland mens over 30s squad to take part in the Home Nations Championships.

The new Ireland team acquitted themselves with distinction and despite not achieving a win, they tested their more vaunted opponents from England and Wales.

Overall the squad were very happy with the performance despite not getting a win. None of the players had played the game this time last year so to earn the respect of their opponents and the Touch world was a significant achievement.

They can now look forward to the European Championships in Wales in 2014 and hopefully there will be some Leitrim representation there too.