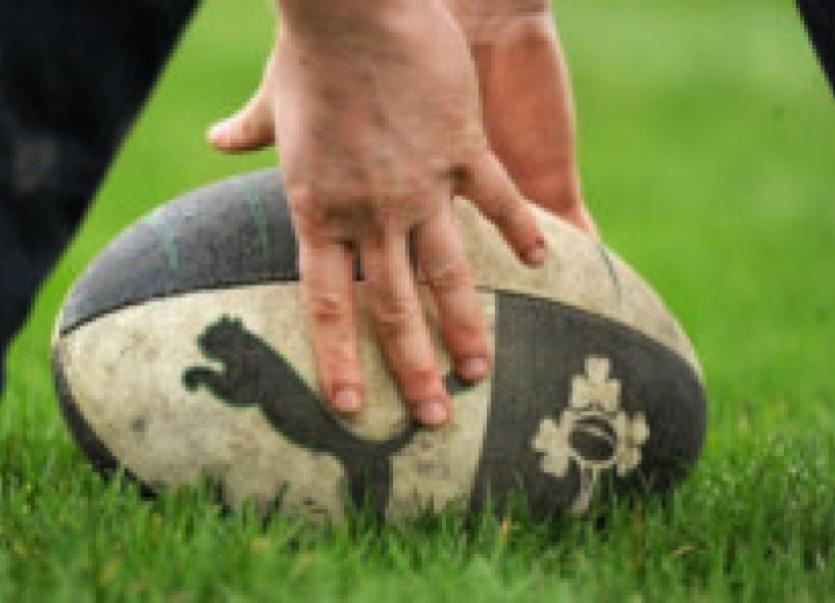 Carrick U13s travelled to Ballina on Saturday for their first league game of the 2014/15 season. A very strong Ballina side had the best of the early encounters and led 7-0 after their first foray inside the Carrick 22.

Carrick U13s travelled to Ballina on Saturday for their first league game of the 2014/15 season. A very strong Ballina side had the best of the early encounters and led 7-0 after their first foray inside the Carrick 22.

Poor Carrick tackling and weak defensive organisation spotted the opposition’s early lead, but Carrick struck back with a well worked blind-side move off a scrum and Sean Nee crashed over for a try in the corner. Ballina drew next blood with another converted try to give them a 14-5 halftime lead.

Carrick dominated the game for the next period with Josh Young and James Honeyman each crossing for tries in opposite corners A beautifully struck conversion from the touchline by out half, Eoghan Matthews off Honeyman’s try, struck the upright leaving Carrick with a slender 15-14 lead with one quarter remaining.

Ballina pushed up the field for another converted try leaving Carrick trailing 21-15 with just 5 minutes remaining. But Carrick dug deep and forwards combined with backs to release Honeyman on a 40m weaving run to go over in the corner at the death. Final score Ballina 21, Carrick 20.

U14: The U14s have training next week in preparation for their next game home game on 09/11/2014 against NUIG Youth Academy.

Minis: Training next Saturday before their busy weekend on November 8/9. On November 9, the Minis travel to Ballyshannon and on the Sunday, we have a home blitz in Leitrim Gaels Community pitch against visiting side, Lansdowne RFC. Training for CRFC Minis is from 10:30 am to 12 pm.A big thank you to all our returning players and it’s great to see new young players, brave enough to come down and give Rugby a try. If you are a boy or girl aged between 6 years and 12 years and are interested in learning how to play rugby, please ask a parent to contact Aidan on 086 3867960 or email minicrfc@hotmail.com for more info.

Clobber 4 CRFC: This Saturday & Sunday, November 2-3, will be our last weekend to accept any clobber you don’t need anymore. Clobber must be left with any of the Coaches at our training grounds at Keenaghan between 10:30am and 12pm. Please let your neighbours, friends and relations know, as your old clobber can help us improve the facilities for your child/our player, the club and our community. CRFC is a not-for-profit, voluntary run club.

Training Grounds: Training for each section in the club is at our new grounds at Keenaghan, Castlecara Road. For directions, see http://www.carrickrugbyclub.ie/1/find-us for more info.

Senior Men’s team: All new players are welcome and anybody interested in joining Carrick on Shannon Senior Men’s Team can contact the Men’s Captain; Colm McWeeney on 087 6036566 for further details.

Women’s Team: To be part of this winning team, why not train with the girls and see if you like the way they play rugby. For more information, please call Aoife 087 4101155.