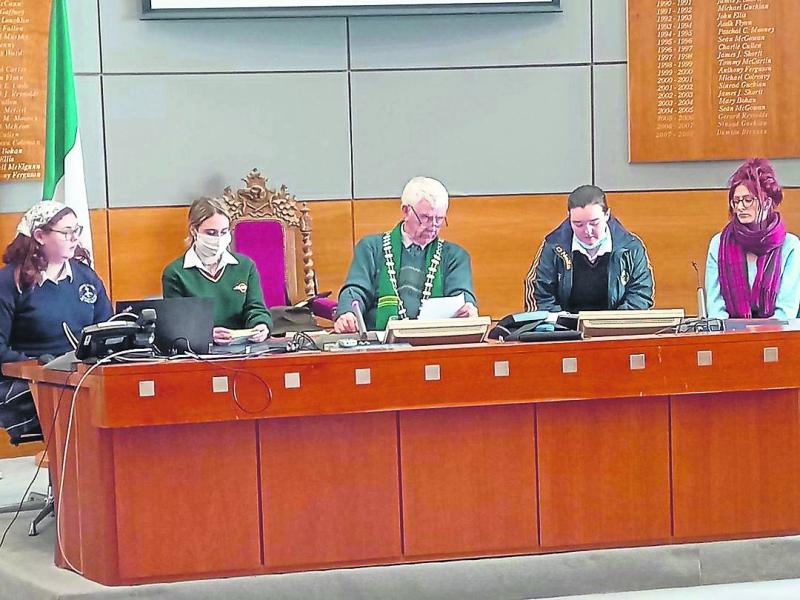 Leitrim Comhairle na nÓg is  calling on Leitrim County Council to help to provide areas where young people can socialise safely in some of the main towns in the county.

At the meeting they outlined a proposal to create facilities for young people in Manorhamilton, Mohill and Ballinamore.

The proposal arose after a survey was carried out by the group. They found that the lack of a safe place to meet up with friends was a major concern for teenagers who felt that facilities for their age group were not available.

The Leitrim Comhairle na nÓg members said they felt  it would be easier to upgrade existing public spaces with the provisions of more seating, shelter and solar bins rather than to try and create  these spaces from scratch.

Cllr Mary Bohan acknowledged the suffering that young people have endured during the pandemic with the challenge of home schooling and a lack of socialisation opportunities.

Cllr Sean McDermott said he hoped that the plans put forward by Leitrim Comhairle na nÓg become a reality and asked the committee representatives how they had coped with the pandemic.

In reply, the committee explained that the lack of outdoor facilities for young people made it incredibly difficult to socialise adding that much of the interaction between young people was forced online.

“We were at home all the time,” added one representative of Comhairle na nÓg.

It was noted that, even when they were using existing parks, many of these were children’s playgrounds aimed at a much younger age group.

“You were almost seen as loitering,” noted one committee member. “It was very hard for us (teenagers) not to have a safe place where we could meet up and sit and talk with our friends”.

Cllr Felim Gurn said, as the father of teenagers he would be very interested to hear the ideas of the Leitrim Comhairle na nÓg members for Manorhamilton.

Cllr Thomas Mulligan also said he would be interested in plans for such as space for Mohill.

Cllr Enda Stenson said that it was clear spaces were needed for this age group noting “sport facilities are there but sport is not for everyone”.

Cllr Brendan Barry acknowledged the importance of providing spaces for all age groups “to go and socialise safely”.

The proposal was also supported by  the remaining councillors.