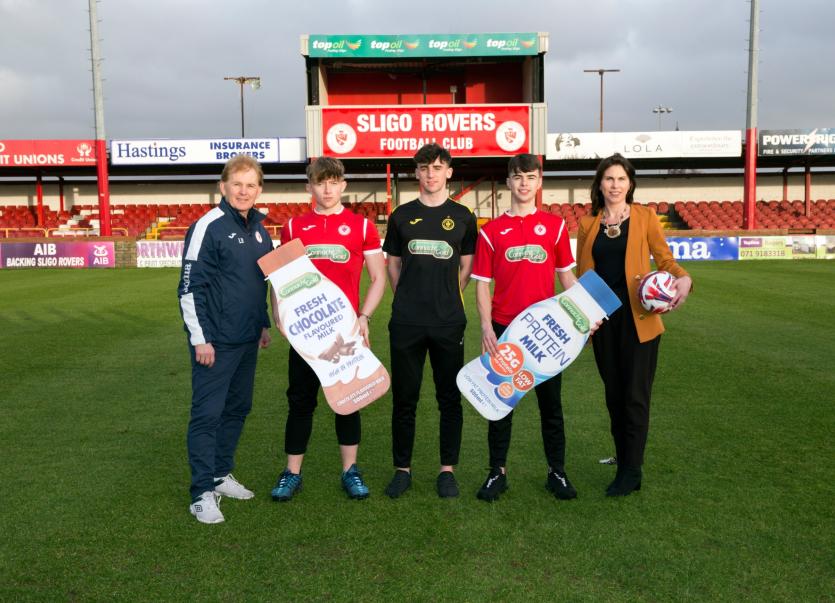 The Aurivo Co-Op Consumer Foods brand, Connacht Gold, has announced its continued support for Sligo Rovers as part of its ongoing sponsorship of the Bit O’Red Under 19 side. The partnership continues to provide Sligo Rovers with an unprecedented level of promotion and has a positive impact on the underage team.

For the last two years, Connacht Gold has been the official sponsor of the Under 19 side. With headquarters for Aurivo’s global business based in Sligo, Connacht Gold is committed to getting behind the local club and helping them achieve success in 2019.

Karen McGarty, Communications and Brand Manager Aurivo said: “We are delighted to continue our relationship with Sligo Rovers through our sponsorship of the Bit O’Red Under 19 side again this year. As Sligo Rovers continue to invest in the young players of the future and develop a centre of excellence, we are proud to support the club’s vision and ensure it operates as an integral part of the local community.”

Welcoming the sponsorship renewal, Martin Heraghty, Sligo Rovers Chairman said: “In preparation for this announcement and looking back on the beginning of the partnership with Aurivo and the Connacht Gold brand, we then had a number of emerging players in the under 19 side including Jack Keaney, John Mahon and Ed McGinty – all three players are established players on the squad now and we are seeing even more talent coming through on the team. The partnership is supporting our players pathway for future success and it is vital for Sligo Rovers to have sponsors such as Aurivo’s Connacht Gold brand to help fund the academy team.

"We have five academy teams; four male and one female; and they all have aspiring players who are committed to moving up to senior football. There is a huge sense of community with this sponsorship deal and we are delighted to have Aurivo’s Connacht Gold as our official sponsors of the Under 19 side again this year, which will help us continue to develop our underage team.”