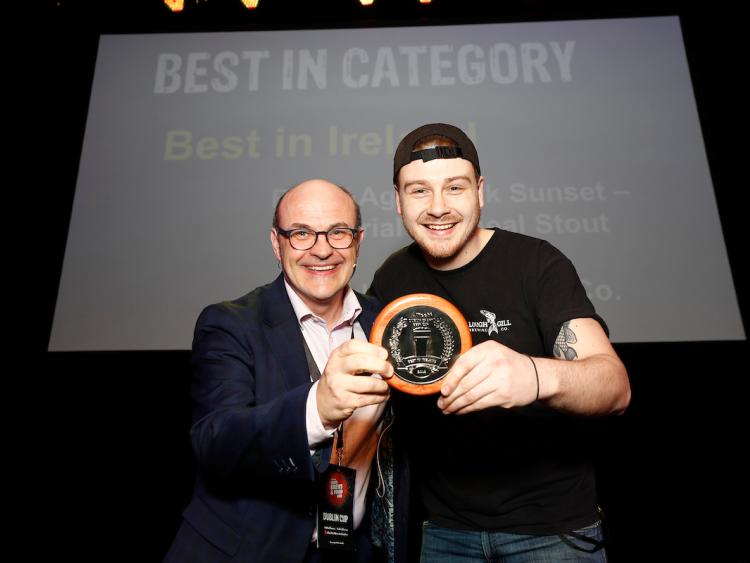 The brewery entered the stout into the Dublin Craft Cup competition which allows craft brewers and cider makers to showcase their brews and have them rated, tasted and analysed by an expert, international panel of judges.

The award was presented to Jordan Donnelly, Head Brewer at the Lough Gill Brewery by Gearoid Cahill, Head Judge in the Dublin Craft Beer Cup.