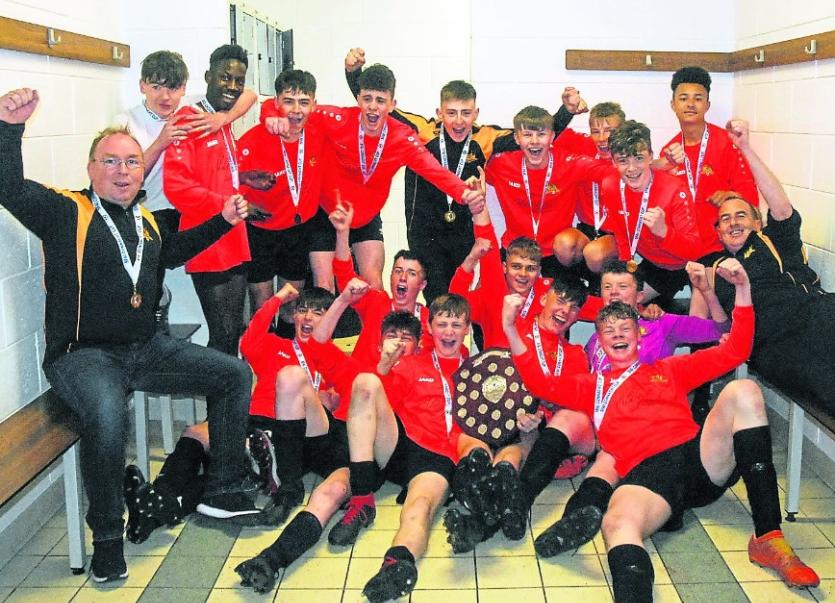 Valley Rovers produced an excellent display on Sunday last to claim a hard fought victory over Moyne Villa in the Connacht U16 shield final in Sligo.

Played in perfect conditions the Geevagh based side who have no fewer than 12 Leitrim players in their ranks endured a difficult opening but with Radek Oberwan giving a masterclass in midfield they found their feet and grew in confidence as the game progressed.

Valley Rovers goalkeeper Ronan Moran was called into early action as Moyne Villa, who are located on the Mayo/Galway border started brightly.

Darragh Flynn was the first to try his luck but Moran stood tall and made an impressive intervention in just the third minute.

Barely a minute later, Moran was called into action once more when he was required to save a powerfully struck shot from Brian Walsh.

Having endured a difficult opening Valley Rovers lifted the siege when Radek Oberwan made his first significant contribution.

He was heavily involved in winning possession and then played a perfectly weighted through-ball that unlocked the Moyne defence and sent Danny McWeeney racing through on goal.

The Moyne goalkeeper, Leo McNicholas raced from his line in an attempt to cut out the danger but McWeeney showed great composure as he shot low and hard from the edge of the box with his shot finding its was past the diving goalkeeper and inside his right hand post.

Valley visibly grew in belief after that opening goal. Their passing was more composed and runners from midfield were no longer causing the same manner of problems.

Approaching the 20 minute mark, McWeeney had a chance to double his side's lead but his shot from the edge of the box flew harmlessly over the crossbar.

Having started so brightly Moyne struggled to cause too many problems for the Valley defence as the half progressed. A Darragh Flynn shot in the 27th minute was easily dealt with by Ronan Moran.

With just two minutes of the opening half remaining it was to get significantly better for the local side as they doubled their lead following a well-worked set piece routine.

Radek Oberwan managed to find some space in the Moyne Villa box and when Conor O'Boyle's corner was delivered, Oberwan powered his header past Leo McNicholas to put Valley in control approaching the break.

With a 2-0 lead to protect Valley could have been forgiven if they adopted a more cautious approach but instead they took the view that attack was the best means of defence and they began the second half on the front foot.

A snapshot volley from Danny McWeeney was just over the crossbar while Radek Oberwan saw a shot from 30 yards fly harmlessly over the bar after he beat two challengers.

Valley's dominance was becoming more evident and the third goal they desperately craved came close to arriving when Kyle McCrann raced on to a clever pass. His initial touch took past the goalkeeper but unfortunately the touch was just too firm and the ball ran out of play.

Valley thought the decisive third goal arrived 12 minutes into the second half when Radek Oberwan executed a stunning bicycle kick but he was denied by the Moyne goalkeeper. Ciaran McMorrow scored the rebound from close range but he was ruled to be offside and the goal was struck off.

Moyne gave their all in the closing stages but clear cut chances were few and far between. Fintan Jacques saw his header go inches wide but at the other end Valley were still proving to be a real threat.

Thomas Flynn and Kyle McCrann combined well before McCrann was denied by a good save. Both sides battled until the final whistle but the longer the game progressed the more likely it was that Valley Rovers would claim a deserved victory after a well matched final.

A memorable week could yet become unforgettable as Valley Rovers will meet Manor Rangers in the league final on Friday evening. 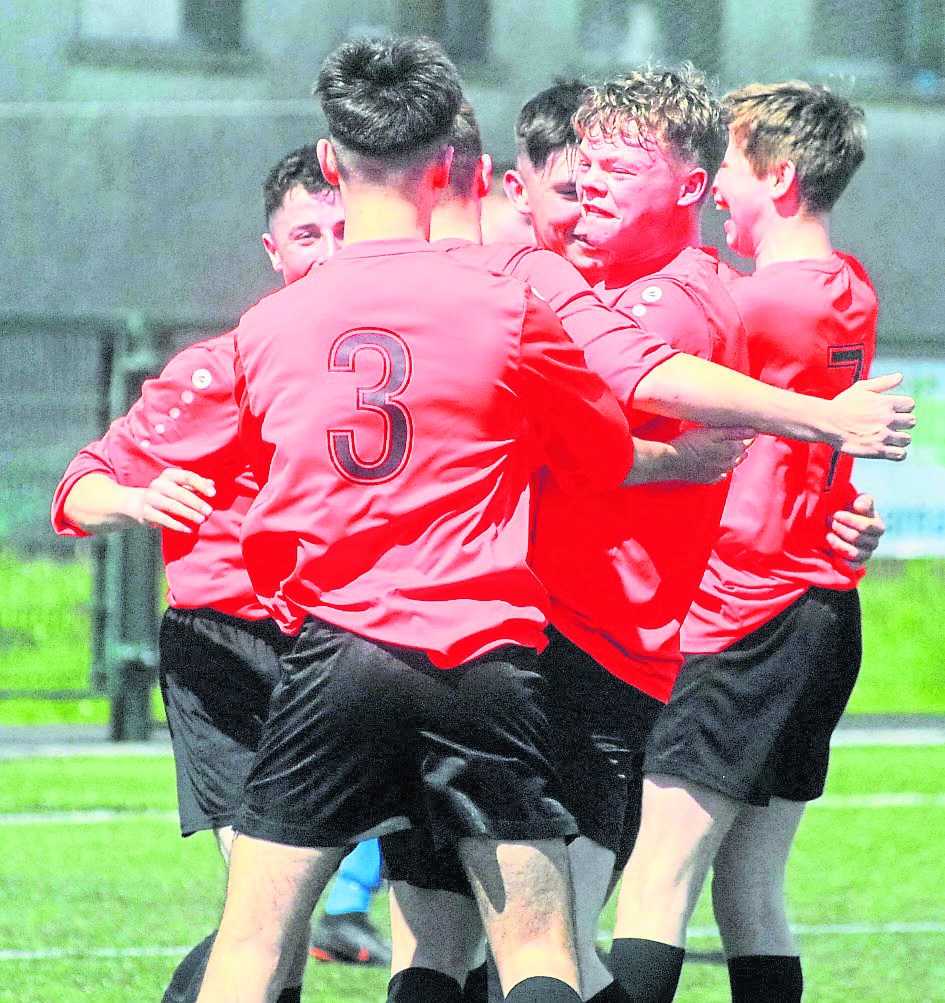 There were fine saves, good finishes, clever set piece routines, crisp tackles and bullet headers but it is hard to look past Valley Rovers midfielder Radek Oberwan's spectacular bicycle kick. Oberwan did brilliantly to follow the flight of the ball and showed excellent technique as he arched his back and threw himself into the air. The shot was only stopped by a fine save, the only pity was that Ciaran McMorrow was adjudged to be offside when he scored the resulting rebound. 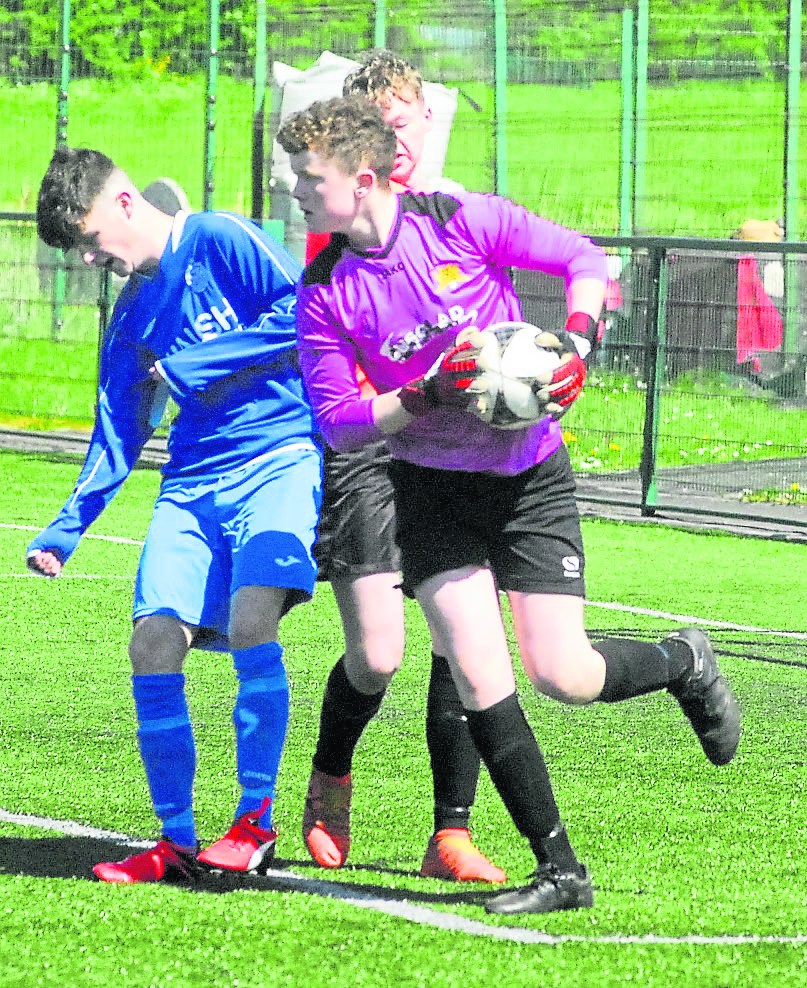 It is hard to think of any lowlights from a thoroughly entertaining game played in ideal conditions. Perhaps Valley will look back on the opening 10 minutes as an area they could improve ahead of Friday's league final. Moyne Villa will look back at the opening stages of the contest and will feel if they could have scored when they were enjoying a period of dominance the contest may have worked out better for them.

TURNING POINT: The game's opening goal, scored by Danny McWeeney in the 11th minute was decisive. Up to that point Moyne Villa had bossed matters and threatened on a number of occasions as Valley Rovers struggled to make an impact on the contest. That all changed after the deadlock was broken as Valley began to boss matters. 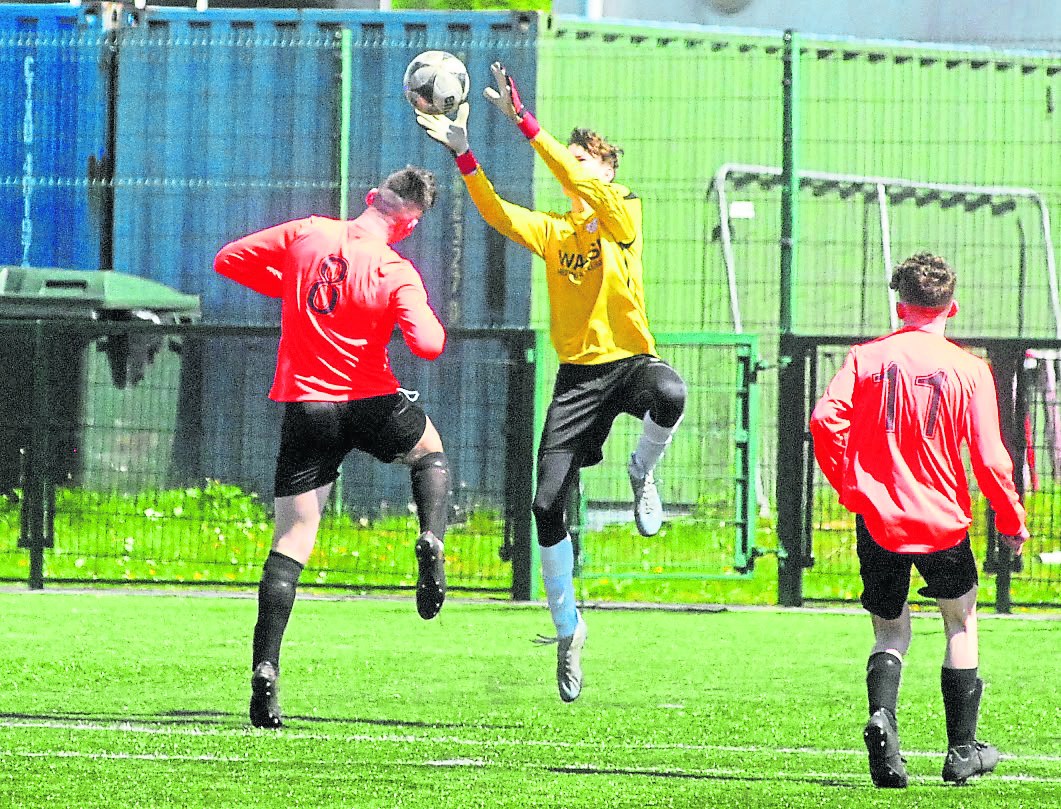 Valley Rovers had a number of contenders for the man of the match award with goalkeeper Ronan Moran solid while the defence was well organised throughout with Conor Flood and Dylan Gabbiadon getting the better of most of the exchanges with the Moyne Villa players. 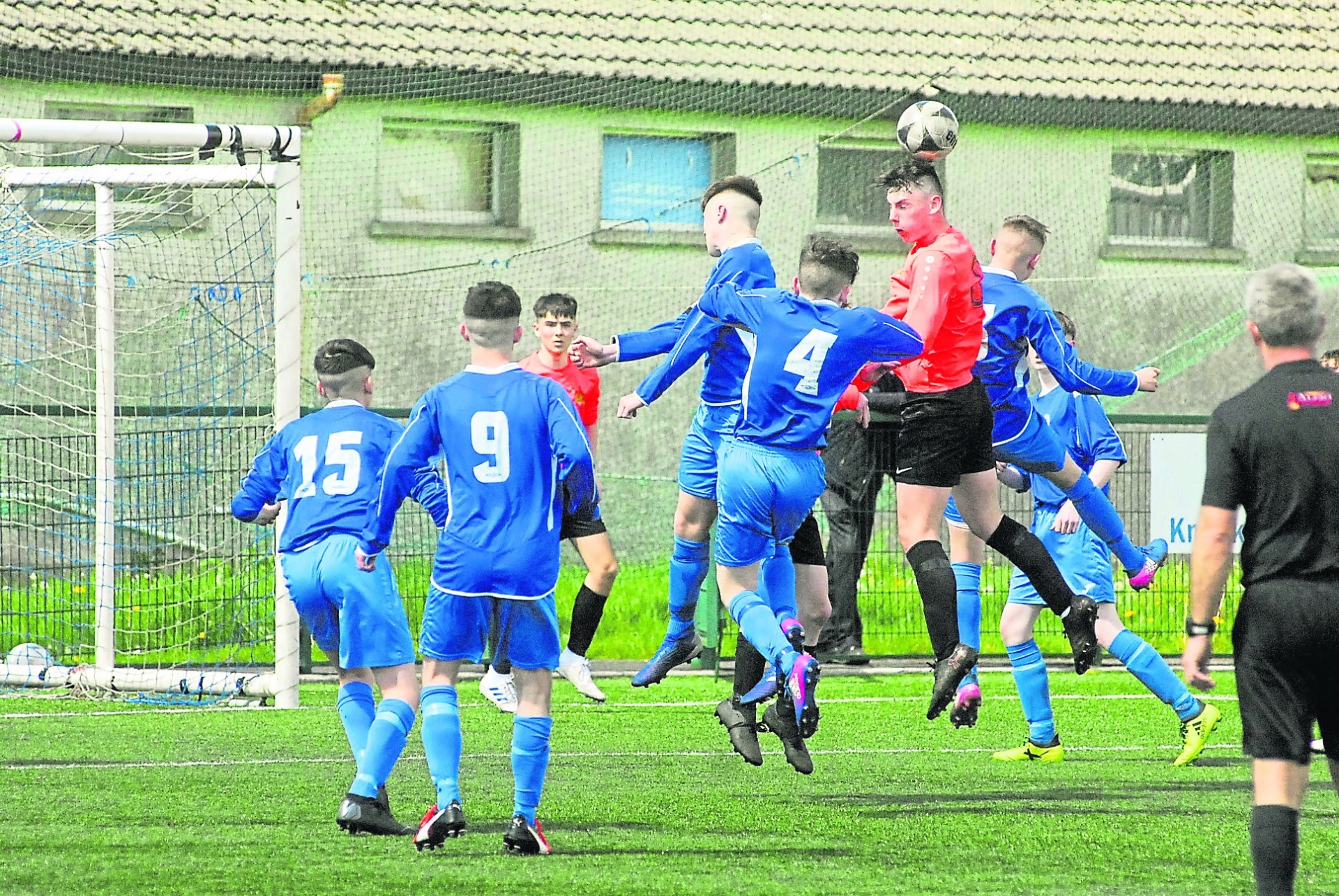 A relatively straightforward afternoon for Thomas Oates who was on top of matters throughout. There was barely a bad challenge all game and any issues of dissent were stamped out quickly. 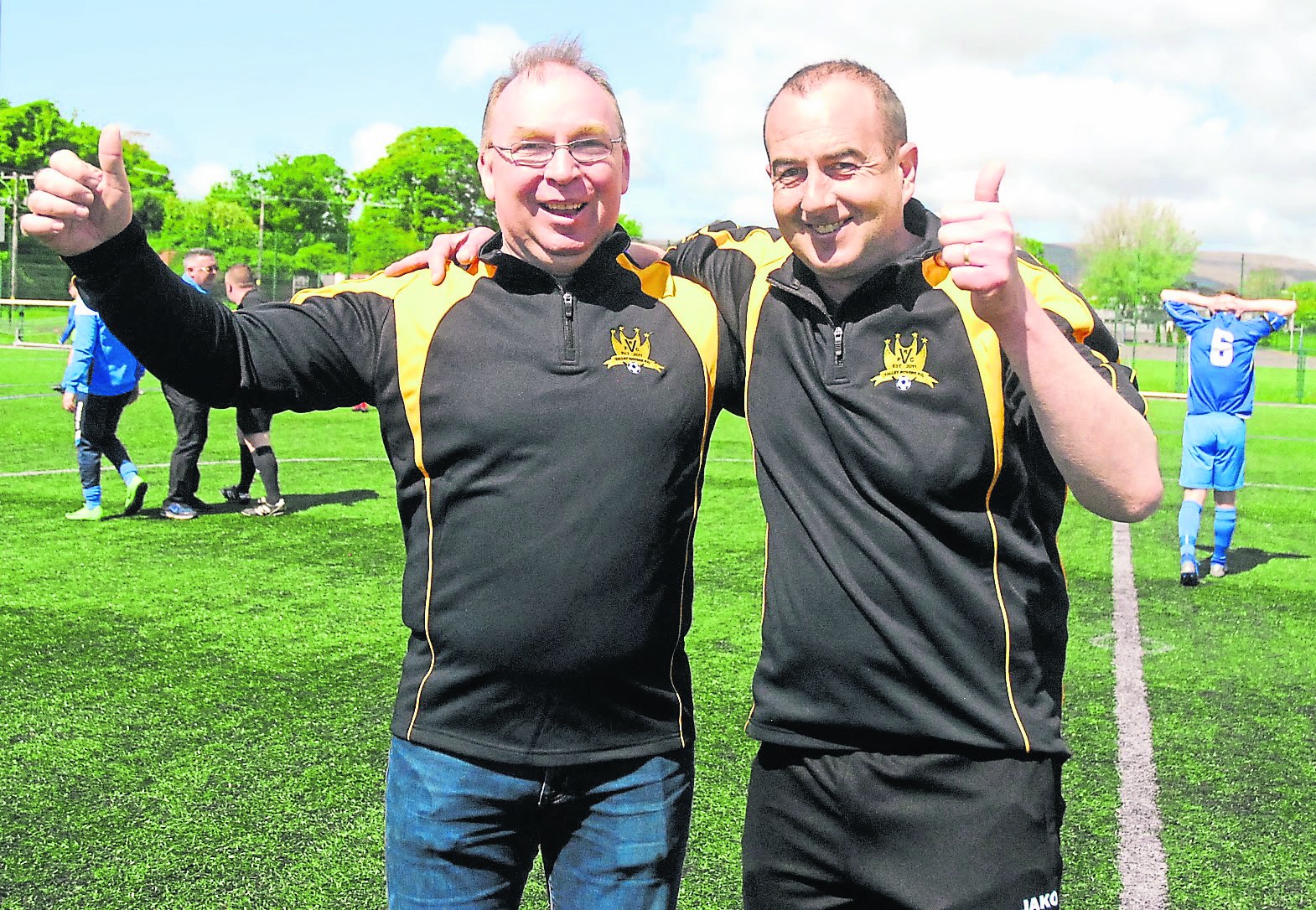 The club based in Geevagh whose players hail from three countys were the talk of all present in IT Sligo last Sunday as part of the weekend of Connacht Football Association underage cup and shield finals. They played a brand of possession based attacking football that was easy on the eye. 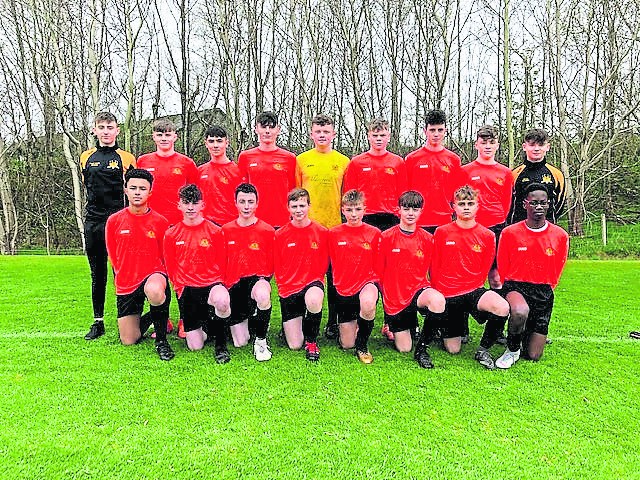 The celebrations will have to be put on hold in Drumshanbo, Ballyfarnon and Geevagh as the Valley Rovers U16 team will be back in action on Friday evening when they face Manor Rangers in the Sligo/Leitrim league final at 6.45pm in the Bee Park.